Aventino’s Pizza and Pasta in Siargao: The People’s Choice for Sweet and Savory Pizzas

Aventino’s Pizza and Pasta at Tuason Point in Brgy. Catangnan is definitely not your typical pizza place on the island.

A pizzeria sitting at different parts of the town, Aventino’s generous serving of mouthwatering pizzas with their signature savory and sweet dough is what makes them the go-to pizza and pasta place of locals and tourists since 2012. 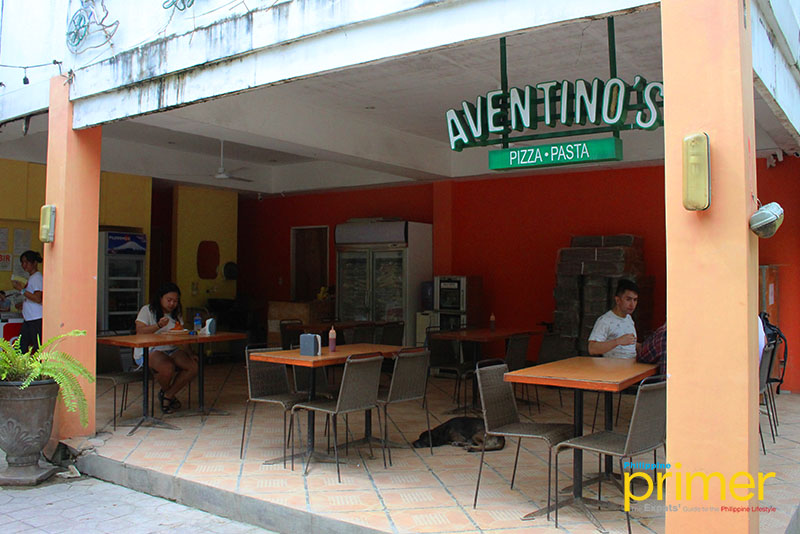 Aventino’s Pizza and Pasta is located in the peaceful Tuason Point just in front of Villa Peray.

Sample their best-selling pizzas, each with its own unique character, including the three-layered Tricia, which easily resembles lasagna in the form of pizza. It uses tomato sauce for the spread, before being stuffed with cheese, veggies, and slices of Hungarian sausage, giving it a slightly spicy and fragrant touch. 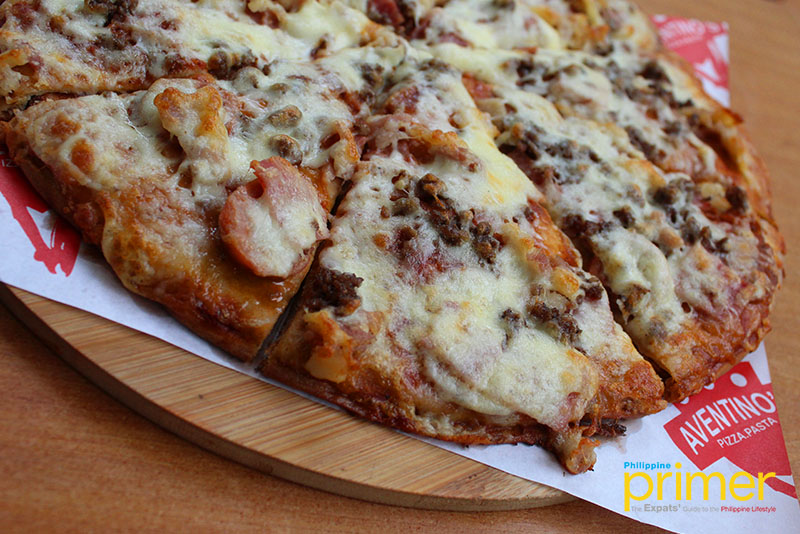 Aventino’s also serves folded pizzas like the Calzone, with bacon as its star ingredient, alongside the ensemble of ham, pineapples, pepperoni, Hungarian sausage, and chicken. The savory and slightly salty flavor of these meats is balanced perfectly by the tomatoes and pineapples within the calzone. 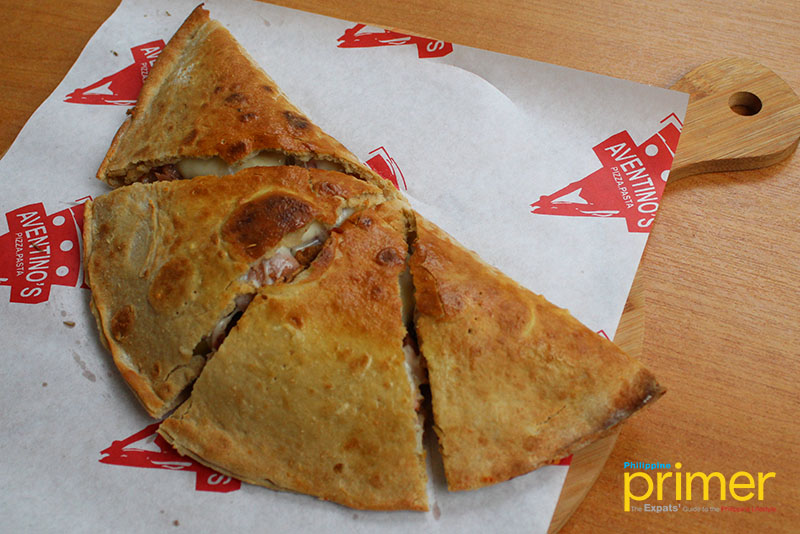 The Chaveli also graces their menu, giving off the taste of a meat pie, made slightly sweet by the pineapples and onions therein. It is best described as a “double-faced pizza,” with roasted chicken, mushrooms, and cheese in white sauce. 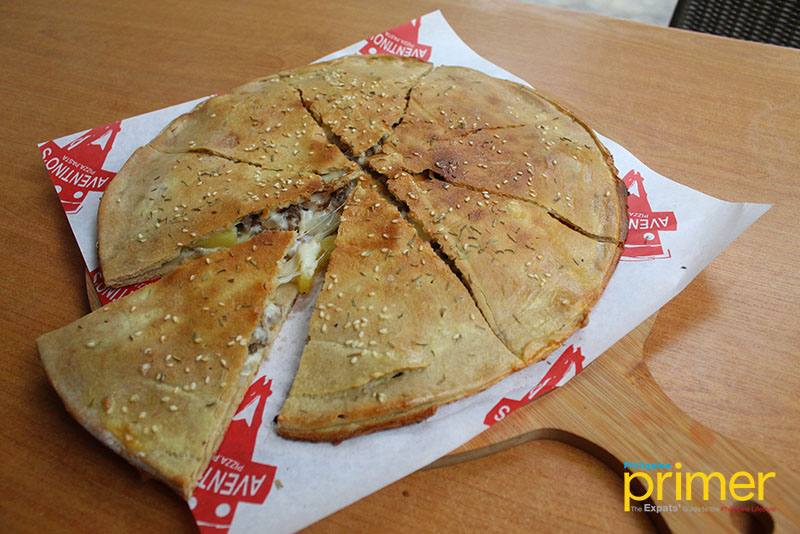 Finally, to complete the Aventino’s pizza hall of fame, Rustica’s fruity and fragrant aroma coming from the black olives and yogurt sauce, gives it a one of a kind feature that makes it deserving of the title, “Pride of Siargao.” 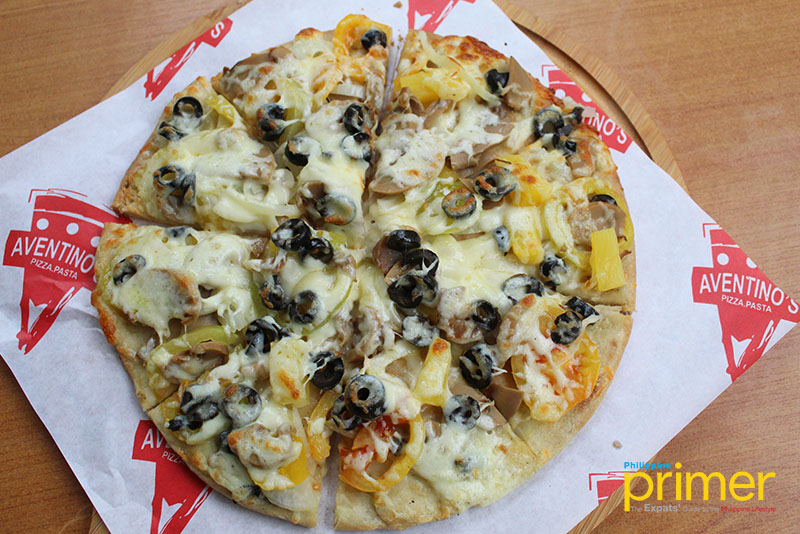 So dine in at Aventino’s, may it be at Tuason Point near Cloud 9, across the parish church in General Luna, or at Dapa in Siargao to taste what is known as “the pizza that is heavy on the taste, but light in the pocket”.