If not because of the owner’s liking for Middle Eastern foods like kebab (grilled meat) and falafel (deep-fried ball), this well-loved restaurant in the community of Los Baños in Laguna would have not existed. Since 2011, Chubby Habbi’s Mediterranean Grill has been offering dishes inspired by the best of Mediterranean cooking. 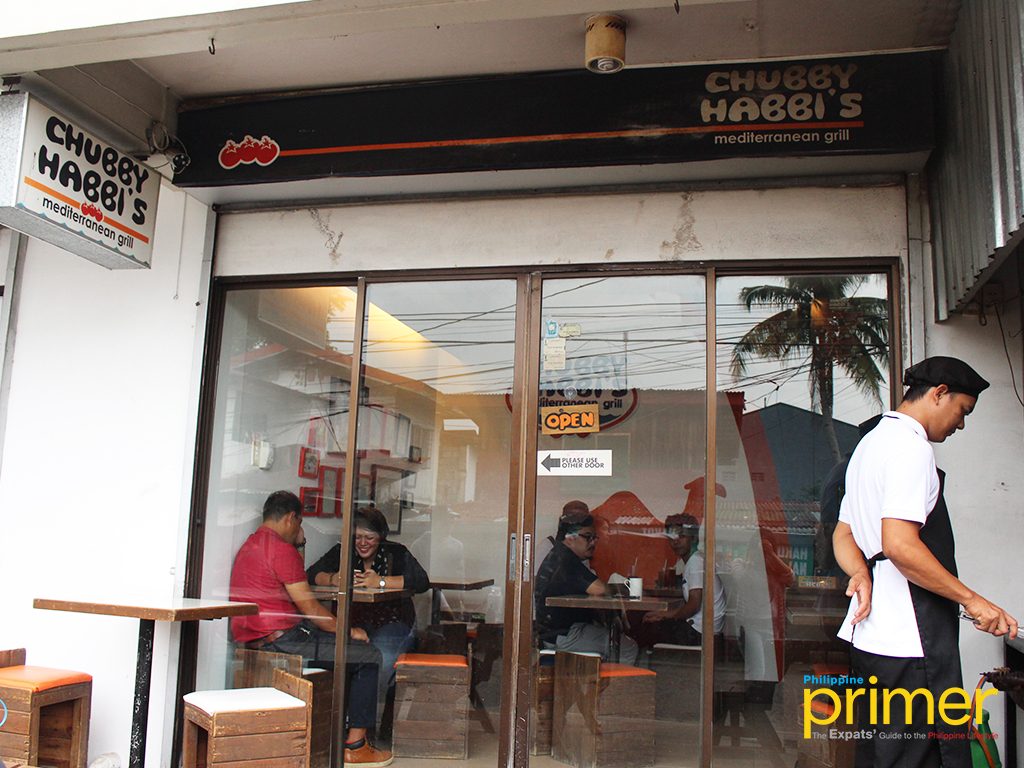 Chubby Habbi’s owner shared that he and his colleagues used to hang out in their favorite Mediterranean-inspired restaurant in the past. So in his desire to relish these dishes anytime he wants, the Mediterranean-food-lover decided to have his own small restaurant.

The word ‘Chubby’ is meant “to provide customers with big servings”—which is its main concept—while, ‘Habbi’ is derived from the owner’s middle name, Habito. With the help of the owner’s cousin, who has a deep knowledge and fondness for the same cuisine, their menu was developed.

With the bistro’s wall decorated with Middle Eastern influence, everyone will surely enjoy the Mediterranean-inspired dining experience. 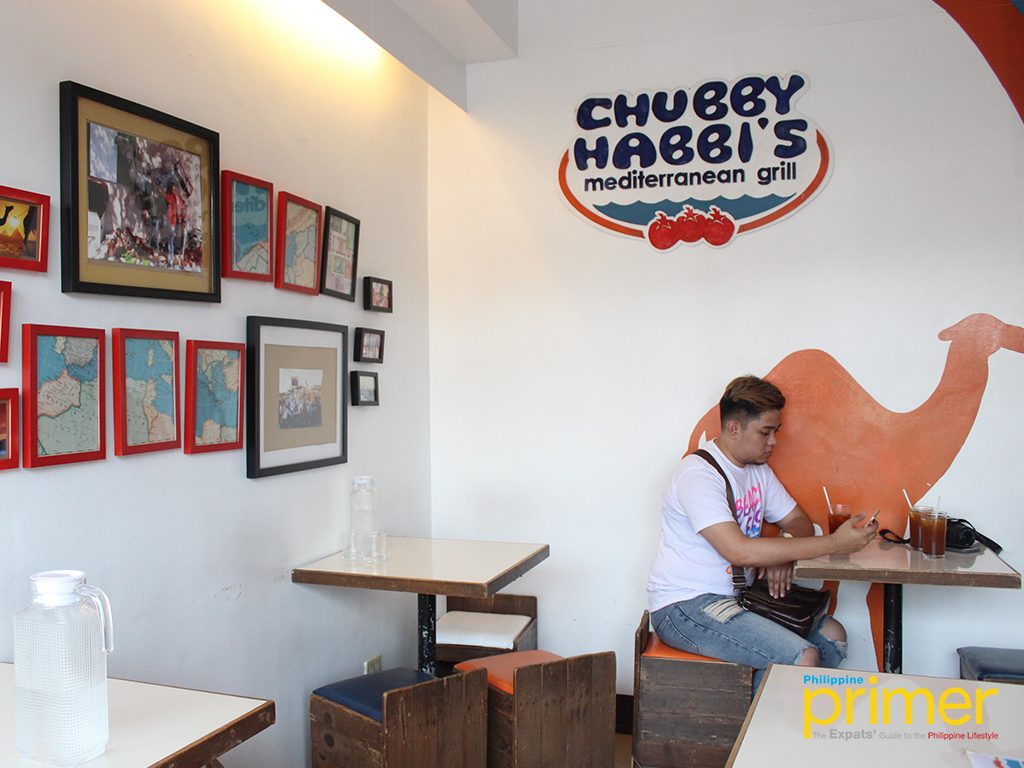 Satisfy one’s self by trying the Double Beef Koobideh (Php 160), a buttered rice meal with a double serving of minced beef kebab thoroughly mixed with spices, parsley, and chopped onions. The Chicken+Biryani (Php 140), a chicken kebab on top of an incredibly spicy rice—Biryani—is one you must try, as well. Both are served with grilled tomatoes and onion and a garlic sauce. The kebabs are cooked in an open flame using a lava rock grill, which is more preferable than using a charcoal. 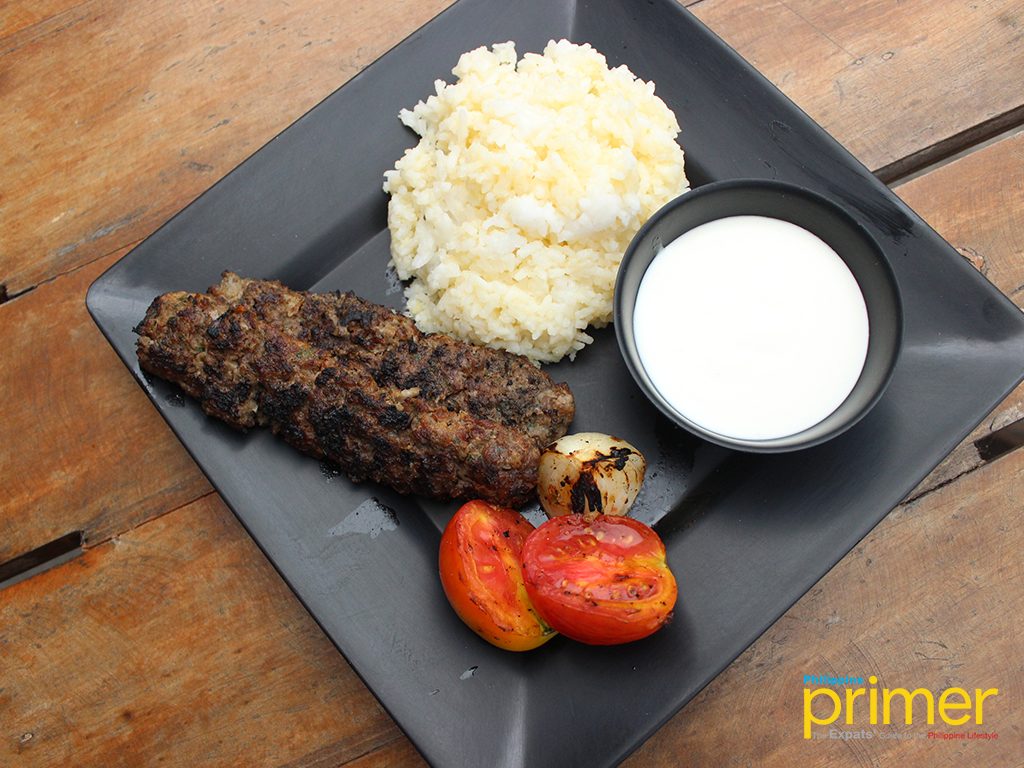 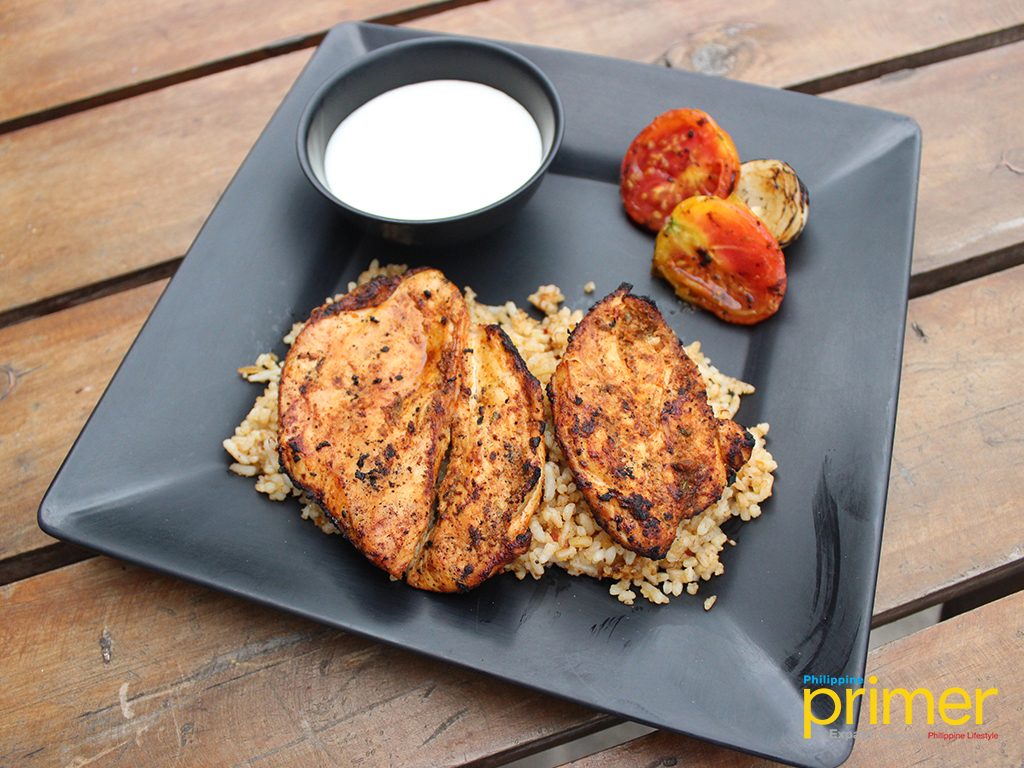 For vegans, try Chubby Habbi’s own version of Eggplant Pizza (Php 120). It is a 9-inch pizza topped with eggplant, tomatoes, white cheese, onions and garlic and smothered with tasty pizza sauce. The normal bitter taste of eggplant and the tomato is something non-vegan should not worry about as the vegetables taste well with the pizza sauce. 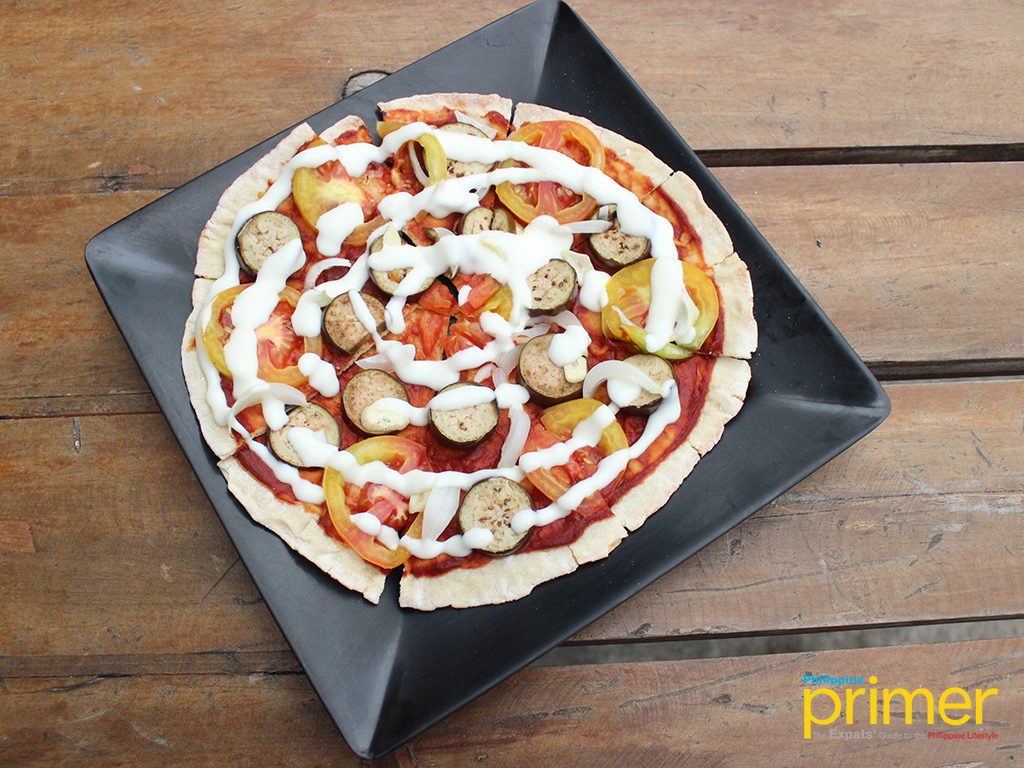 Wrapped in a pita bread, the Chubby Beef Shawarma (Php 90) with minced tomatoes, cucumbers, onions, and garlic sauce will surely overtake your current favorite shawarma. You will surely be surprised by its flavor as it is more spiced than the typical ones.

Meanwhile, the restaurant’s Pita Bread is worth munching for only Php 15. Appreciate the wheat flavor by dipping it in Hummus (Php 70 with pita bread), a Middle Eastern spread made from mashed chickpeas, blended with tahini, olive oil, lemon juice, salt, and garlic. 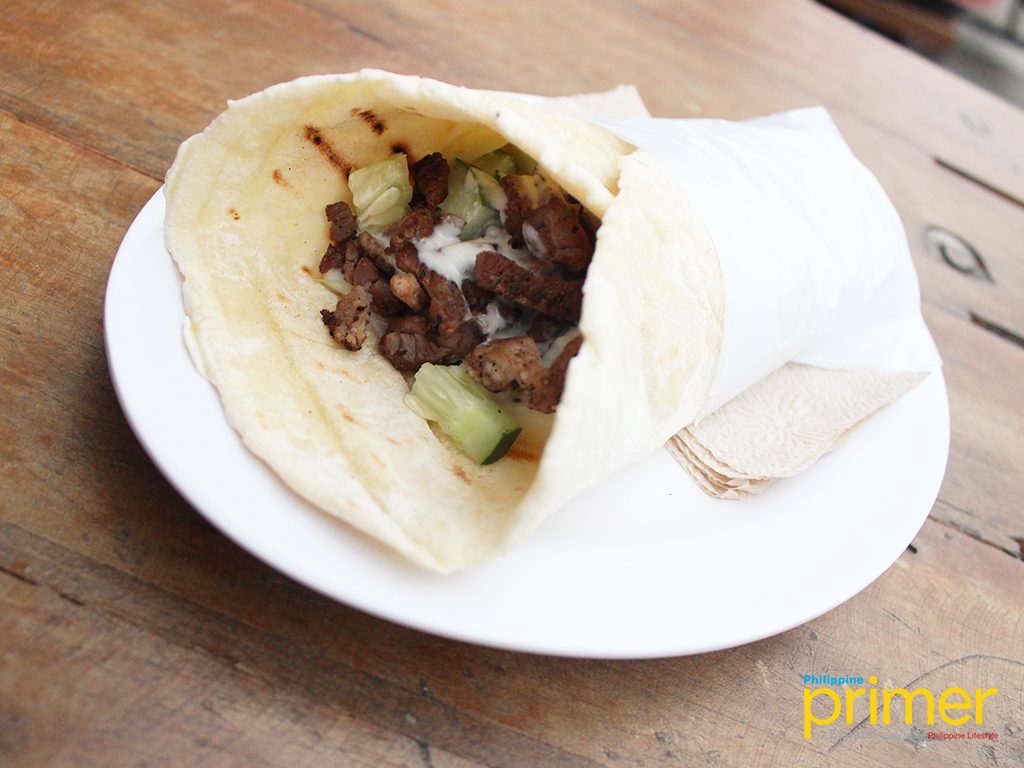 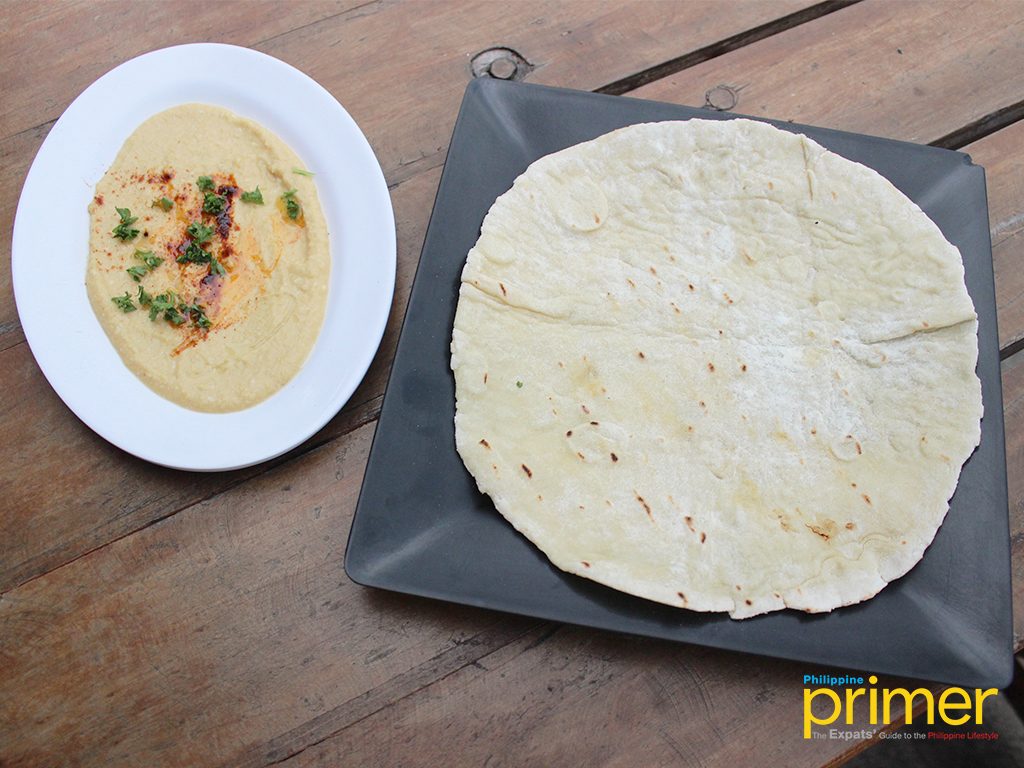 Certainly, Chubby Habbi’s Mediterranean Grill is your go-to place in Laguna to savor a different cuisine while having good times with family and friends.