Review of Sister Act The Musical in Manila: Sequins and White Fur

It was definitely the sequins and the white fur. 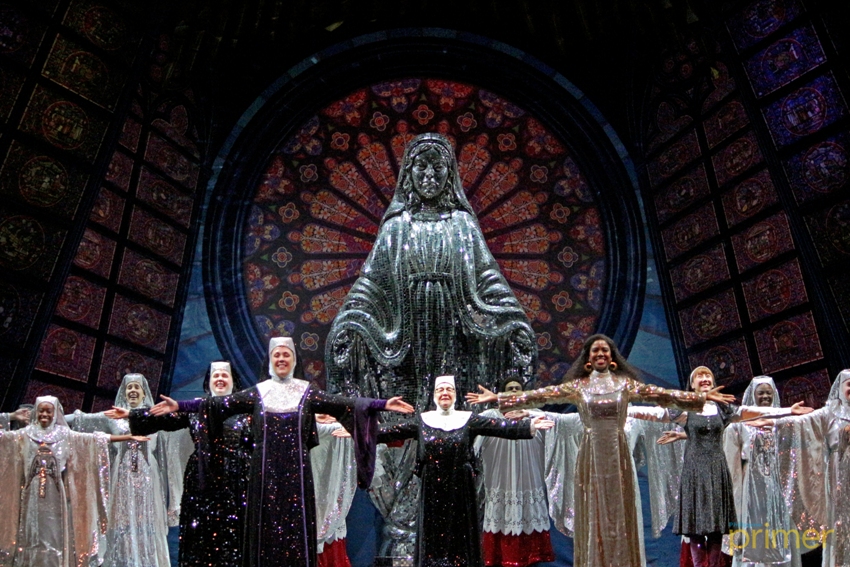 On June 29, a grand and extremely entertaining Sister Act the Musical was staged at The Theatre at Solaire.

Also read: 5 Reasons Why You Should See Broadway’s ‘Sister Act the Musical’ in Manila this June 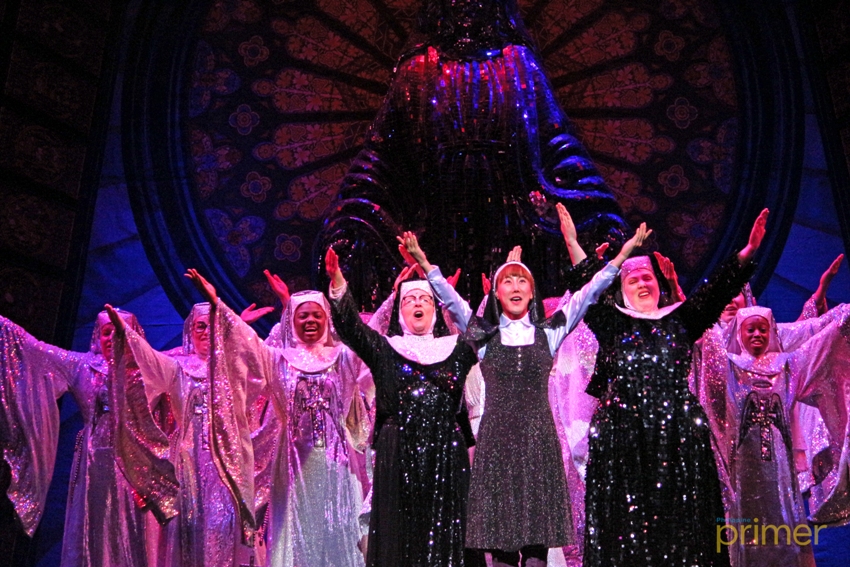 The venue has welcomed tons of theater goers to witness the all-time famous story of Deloris, an ecstatic performer who disguised herself as a nun and began her musical journey with the sisters of Our Lady of Queens monastery.

Before the show commenced, media and press people were able to interview the cast and have a quick tour backstage. 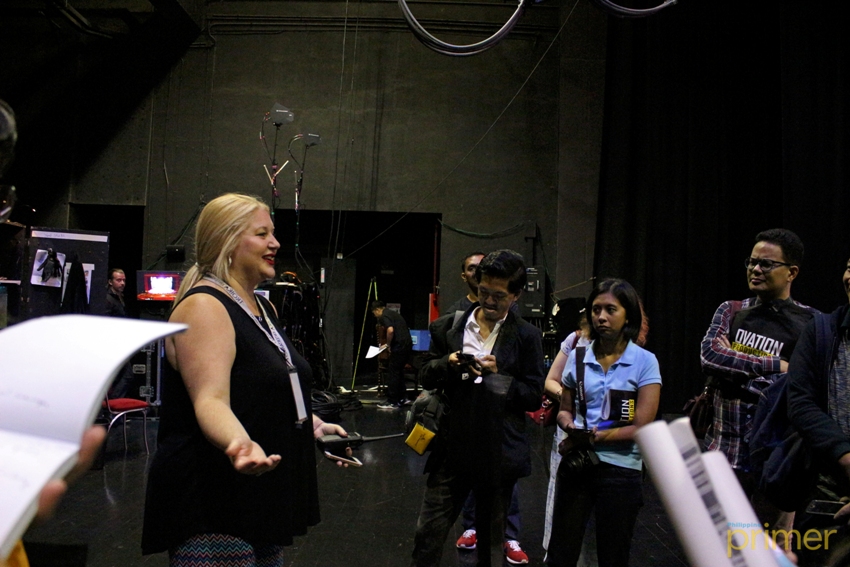 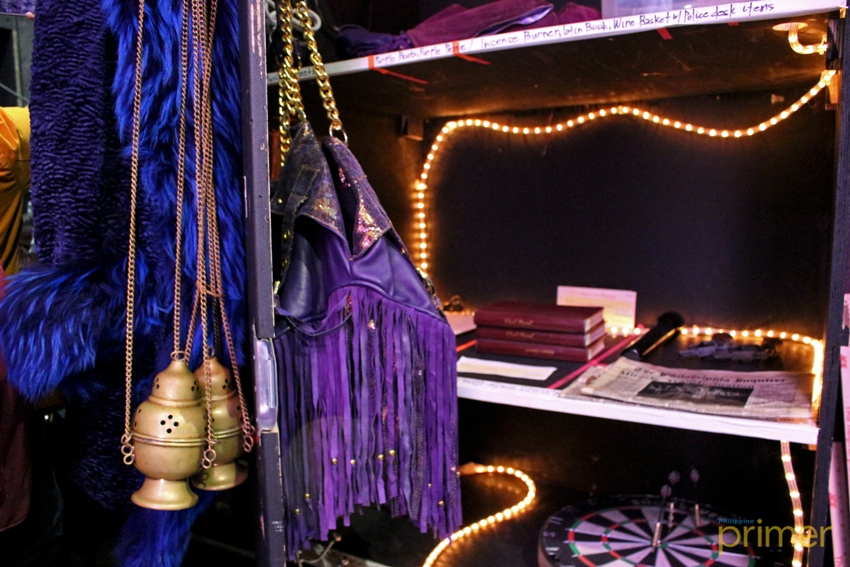 Things inside the prop box, including Deloris’ blue fur coat and purple bag

Molly Goodwin, the stage director who also worked for West Side Story and The Wizard of Oz, shared the technicalities and behind-the-scenes of the play. We were shown thousands of props, cables used to change the settings, the gondolas, the costumes, the stage marks, and even the 16-foot Mary, whom the production called as “The Boss Lady” of all the props.

In an interview with Dene Hill, who stars as Deloris, an intense preparation was needed to play the role. She admits that she’s shy which was far from the lead role’s character and that it was a huge blessing for her to take Deloris’ character. She began her career in musicals such as Footloose and Dreamgirls. 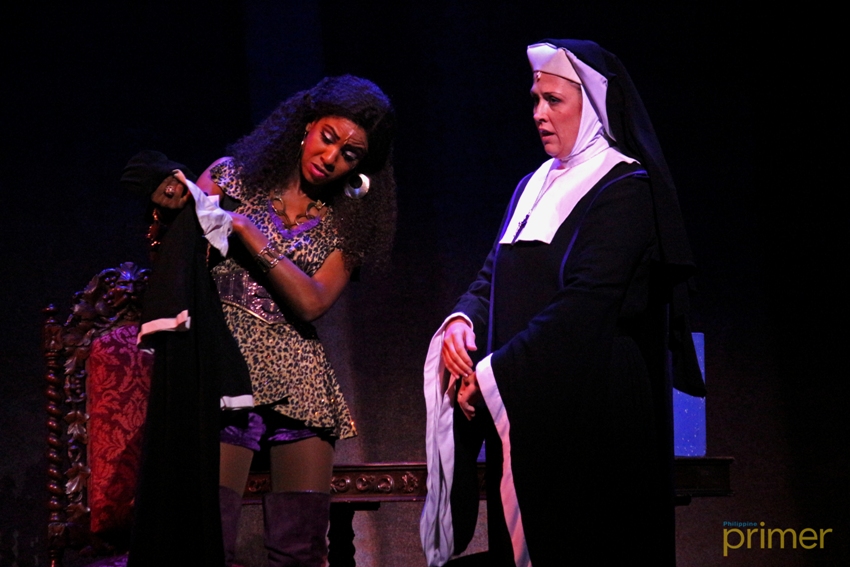 The great thing about this Broadway show is the brimful of fun that resonated throughout The Theater at Solaire. There was never a dull moment.

Each line was delivered with perfection and clarity. It may look AND sound easy for characters to sing badly, but it’s a challenge for a skilled musician.

Everyone adored not only the parts of the protagonist, but also the goons being played by Brandon Godfrey (Curtis Shank), Jarred Bedgood (TJ) , and Moses Bernal (Pablo).

Even Will Travis, who plays the role of Eddie Souther, had his fair share of spotlight and character introduction. His groovy number in the middle part of the play was also one of the highlights of the show. 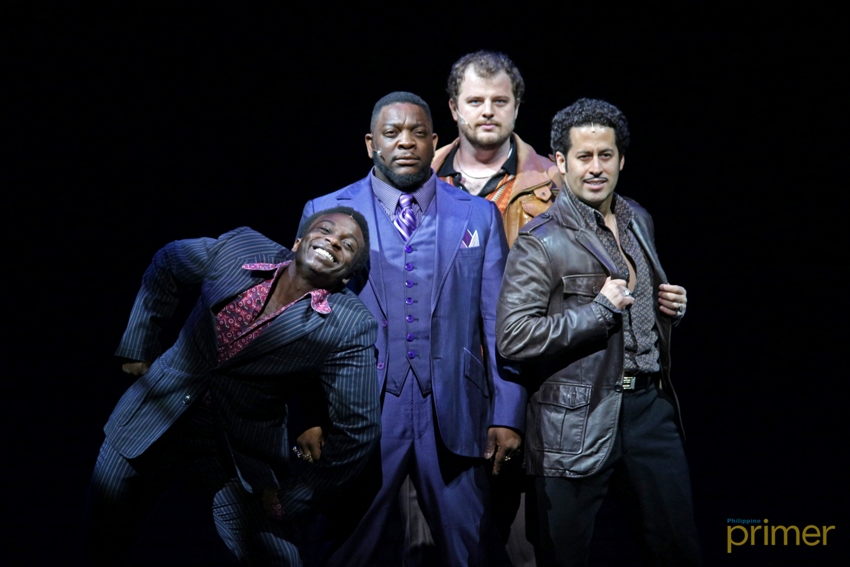 A great set of choreography were also witnessed by the theater goers. It was a good sight to see with well-placed blockings and a mix of 80’s dance moves. Props to this show that also delivered a new take on its music and great sound scoring. 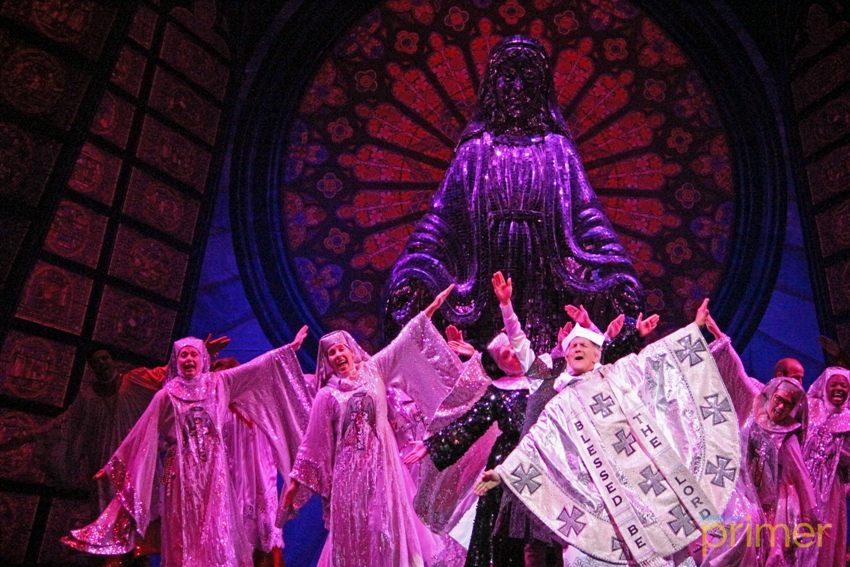 Everything was lavish and divine especially on the finale part where everyone were blown away with a great aesthetics seen from the nuns and priest’s glittery costume, backdrops, and lightings — everything was in smooth transition.

Sister Act the Musical has clearly shown the value of sisterhood, humility, kindness, and compassion — which makes it a perfect show for everyone.

The play will run until July 9, so head over at a Ticketworld outlet near you or log on to www.ticketworld.com.ph or call 891-9999.

This is the second production spearheaded by Ovation Productions, after a successful run of Beauty and the Beast held in 2015, the Cultural Center of the Philippines in Pasay.

Text and photos by Denise Villamar