Cinemalaya has been paving the way for the Philippine independent film industry to surge to prominence. For the past 12 years, they’ve given unknown directors their biggest breaks and have kept the local film industry going. This year, the 12th Cinemalaya Independent Film Festival, which is happening from August 5-14, promises a bigger festival with more films, the return of the Open Competition, and a wider reach, staying true to their theme “Break the Surface.” 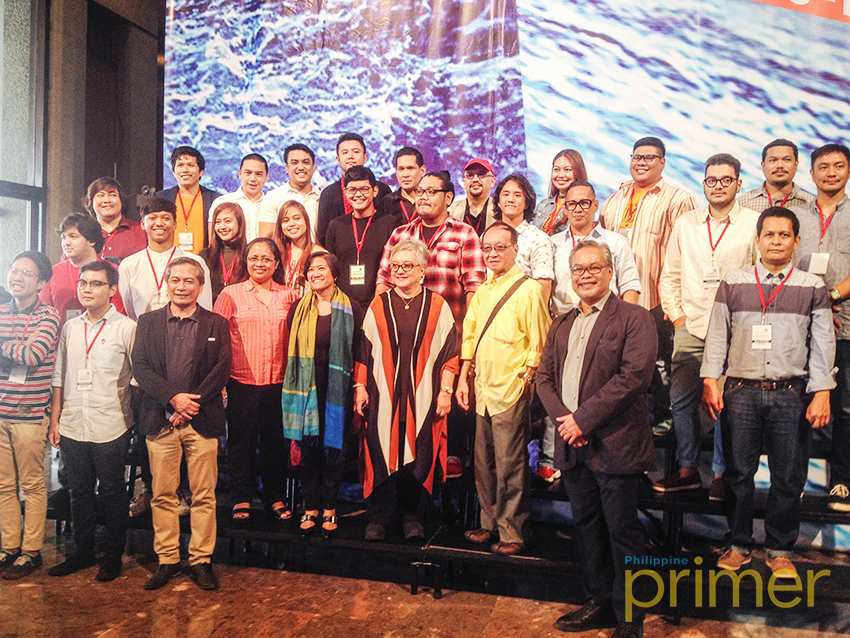 THE 12TH CINEMALAYA FAMILY. Open Competition and Short Feature directors gather with the organizers of the Cinemalaya Film Festival.

During the press conference held earlier today, July 7, at the Cultural Center of the Philippines (CCP) Main Lobby, festival director Chris Millado gave us the 10 Next Best Reasons to Not Miss this year’s Cinemalaya Film Festival:

1. Cinemalaya x Eigasai. As you’ve probably heard from us earlier this year, Eigasai has partnered with Cinemalaya to showcase two of Japan’s best independent films during the Cinemalaya Film Festival, namely Ken and Kazu (2015) and August in Tokyo (2014). These films will be shown free of charge during the 2-week film festival.

2. Experience Asian films via the Asian Showcase. Apart from Ken and Kazu and August in Tokyo, viewers will be able to catch the best Asian films as chosen by the Network for Promotion of Asian Cinema (NETPAC):

4. Lav Diaz “feels” long and short versions. Award-winning director Lav Diaz, who has competed in the previous editions of Cinemalaya, will have two of his films shown in the Special Screenings section: the 8-hour Hele sa Hiwagang Hinagpis, which won the Silver Bear Alfred Bauer Prize at the 66th Berlin International Film Festival, and his 16-minute short film Ang Araw Bago ang Wakas, which competed at the 62nd International Short Film Festival Oberhausen in Germany.

6. Green Carpet Screening. Everyone knows what a red carpet screening is, but we doubt you’ve heard of a green carpet screening. If you’ve been to the CCP building, then you should have noticed their green lawn in front. During the festival, they’ll be screening Lakbay 2 Love, which stars Solenn Heussaff, Dennis Trillo, and Kit Thompson. Get all the feels you need for free! If it rains, there will be an alternate venue. We’ll keep you posted.

7. Meet up with Celebrity Navigators. What are celebrity navigators, you ask? Well, according to Millado, they are either young cast members from the competing Cinemalaya films or young actors and actresses who have competed at Cinemalaya before. They’ll be going to the festival to both prime audiences for their movie and be available for informal talks after their film.

8. Pitch your dream project to producers. In partnership with the Directors’ Guild of the Philippines, Inc. (DGPI), Cinemalaya will help budding film makers get a head start with their dream projects through the 2016 Cinemalaya DGPI Film Pitching on August 6 at the CCP Silangan Hall. You can get more details and download the form here to find out more.

10. More screening venues. This is probably the biggest reason for you not to miss Cinemalaya 2016. In addition to the CCP theaters, you can now catch all of the Cinemalaya films at Ayala Cinemas in Greenbelt 3 and Glorietta in Makati, Trinoma and UP Town Center in Quezon City, and Solenad in Nuvali, Sta Rosa. Can’t be in Luzon for the festival? No worries! If you’re in Cebu, you can catch screenings of Cinemalaya films at the Ayala Mall from August 9-14!

Apart from these 10 reasons, you’ll have 85 more reasons (read: FILMS) to not miss this year’s Cinemalaya Film Festival, including the 9 entries for the Open Competition and the 10 entries for the Short Feature category:

– I America by Ivan Andrew Payawal

– Mercury Is Mine by Jason Paul Laxamana

– Fish Out of Water by Mon A.L. Garilao

– Get Certified by Isaias Herrera Zantua

Cinemalaya is a project of the Cinemalaya Foundation, the Cultural Center of the Philippines and the Ayala Malls Cinemas. Established in 2005, it is an all-digital film festival and competition that aims to discover, encourage, and honor cinematic works of Filipino filmmakers.