At around three on a Friday afternoon, it’s quiet in the street of Felipe in Makati, where El Chupacabra is. By evening, however, everything changes. The street is packed with students and yuppies waiting in line to be called at El Chupacabra, a Mexican food joint with graffiti’d red walls, dance music, and a limited number of colorful seats. 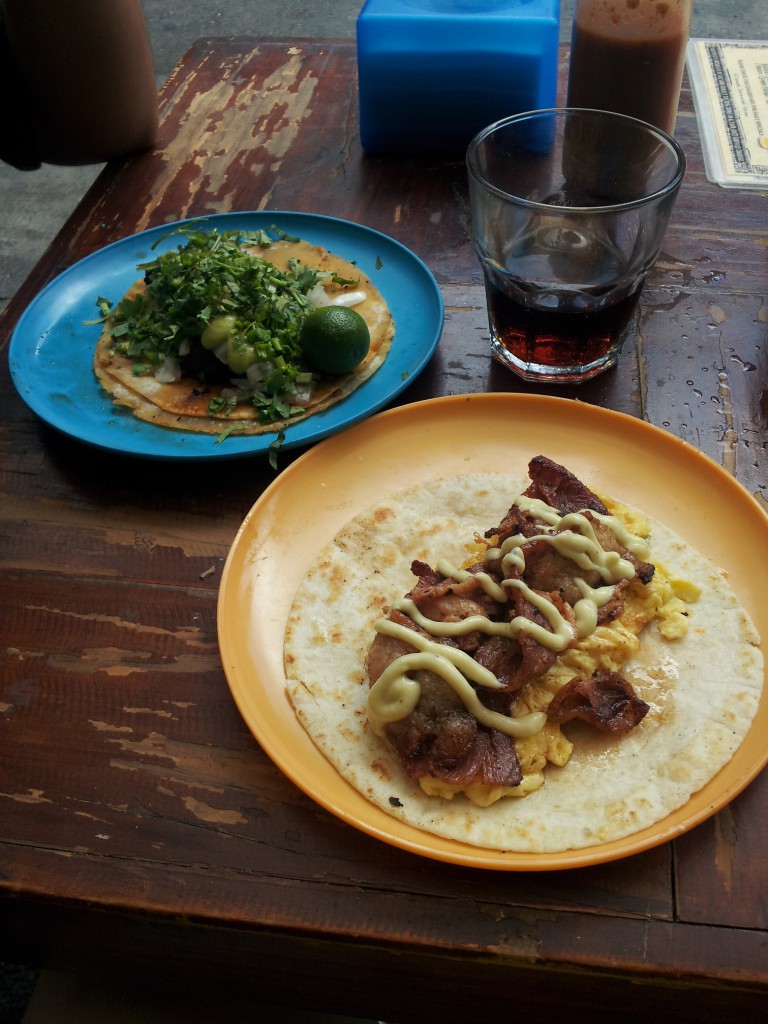 The restaurant, whose name literally translates to goat sucker, serves Mexican dishes like enchiladas, burritos, and quesadillas, but their best ones are the soft tacos, which are priced at least P98 a piece. Juicy strips of meat that’s been cooked for hours, lined on a soft taco, tossed with onions and cilantro on top, the soft tacos are the crowd favorite, particularly the beefy Carne Asada, Al Pastor, chile-marinated pork that’s a favorite in Mexico, San Francisco-style Lean Pork Sisig, the classic Filipino hash made of pork ears chopped into bits, Chorizo Con Papas, Lengua or tongue, and Chicharrones en Salsa Verde, glorious pig cracklings with salsa verde.

If you’re after an entirely meatier bite, order their barbecue, which are quite in demand during those weekend nights. At twenty pesos each, these tender chunks of meat in a stick served with vinegar come in varities of chicken, beef, pork, gizzard, and liver.

The charred cubes of meat will not only get you asking for more but also asking for alcohol, which come in plenty at El Chupacabra. They’ve got a variety of beer, hard drinks, and cocktails that you can order as a single drink or in a pitcher if you’re coming in with a friend or two. If you want to feel transported to Mexico, order some shots of tequila, another round of tacos, and find the courage from the tequila and dance on the street.

Photo and article by Marian Benetua.