From the tobacco business, to airline, to liquor, real estate and education – Lucio Tan has proven that you can always find opportunities through humble experiences. 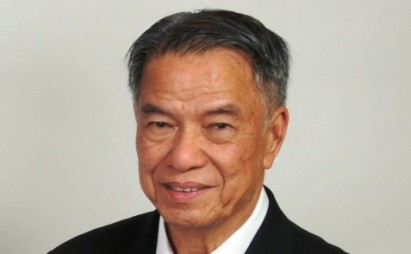 Tan, known as the fourth richest man in the Philippines according to Forbes magazine, is a well known businessman behind the country’s top brands such as the Philippine Airlines, Asia Brewery, and Fortune Tobacco Corporation. With all the success at his hands, Tan still manages to keep a low profile among other billionaires in the country, something that keeps his status at the business industry for long. Read on to see where Lucio Tan came from and see where he is now.

Born in China, Lucio Tan and his family moved to Naga province in the Philippines where he was a working student. He studied Chemistry at Far Eastern University (FEU), but quit before graduating to build his scrap business and then eventually moved to a tobacco factory for a job.

Through this experience, in 1966, Tan started his own tobacco company which became successful, and it introduced its own brand called ‘Hope’ in 1975. Since then, Tan’s company became the country’s largest cigarette manufacturer. From that, Tan began conquering success in other industries such as acquiring General Bank (now Allied Bank), opening Asia Brewery Inc., securing control of country’s flag carrier Philippine Airlines (PAL), and more companies under the industries of “liquor, tobacco, aviation, banking, and real estate.”

With all of Lucio Tan’s affiliations in the country’s business industry, one can learn many things in terms of seizing opportunities when it comes by. You don’t need to be rich to be successful. You just need to work hard because truly, “great things start from small beginnings.”