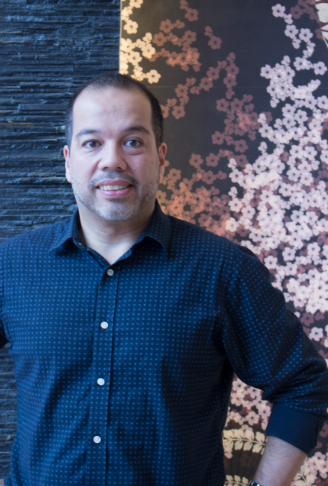 Filipino-American Andrej Wisniewski was born and raised in the Philippines, but he moved to the United States and lived there for about 18 years, working and studying hotel and restaurant management. In 2001, he went back to the Philippines to see what it was like, and he realized that it was a good year to be in Asia and start building things. He ended up enjoying what he was doing, so he stayed in the country, and established the businesses he now owns. Although he can make a good living in a developed country like the US, he feels like he could not only be a part of a slowly turning wheel but also shape it as it goes.

How did the Raintree Group begin? What was the concept behind it?

It started out with us thinking about what to do in this developing economy. During the late 90s, it looked like there was a big market for food, especially consumption-based businesses. There was a growing middle-class, and we felt like it was a good area to target and to open something for them.  We were interested in doing mass-market brands, and mass market concepts because we thought that’s where the biggest market is here. We had this idea that from all the things we learned from working and living abroad, we could combine the best of Philippine hospitality as well as hospitality from other places to create an innovative company.

What are the establishments that Raintree Group currently operates?

There are three distinct lines of business we do. First one is restaurants. We build and operate our own individual restaurants. We have 12 or 13 of them and they’re all different brands. That includes Saboten and a couple of other Japanese restaurants. One of them is called Chotto Matte and then the other side of it is called Izakaya Sensu. Aside from that, we have a food courts company for office workers, especially [those] in Makati. We provide daily food service in different office buildings here. We have about 5 of those around Makati. Finally, we have a related business, which is managing hotels for owners; so part of that, of course, is food service but we also do manage hotels. Lately, the hotel we’ve been working on is called Coast in Boracay and the restaurant inside is called Chacha’s.

How is Raintree the same and different from the other companies of the same industry?

It’s the same as other restaurant companies out there. There are a lot of people doing really good work so we’re all sort of competing for the same market. I’d like to think we collaborate a lot with other people who are doing these things. Our strategy has always been building a collection instead of a chain of restaurants, so almost all our restaurants are different [from each other]. It’s, in some ways, more challenging to do things [this way]; invent things for each of the restaurants that we do. I think that people appreciate it because these restaurants are tailored for the specific market that we are in.

What are the problems that you have encountered while running the company?

Over the years, the biggest challenge has always been people. When we first started in the early 2000s, the labor pool was overqualified, which reflected the economy we had at that time. We could easily get [people] whether it’s rank and file or even management staff. There were always a lot of people who were available to do that. But we’ve seen over time – and I guess this is a good thing for the country – it has become a lot harder to get people to fill these positions. I think it’s because people have a lot more choices. People grow up, go to college, after which they have lots of options to choose from in different industries, [something] which didn’t exist 10 or 15 years ago. 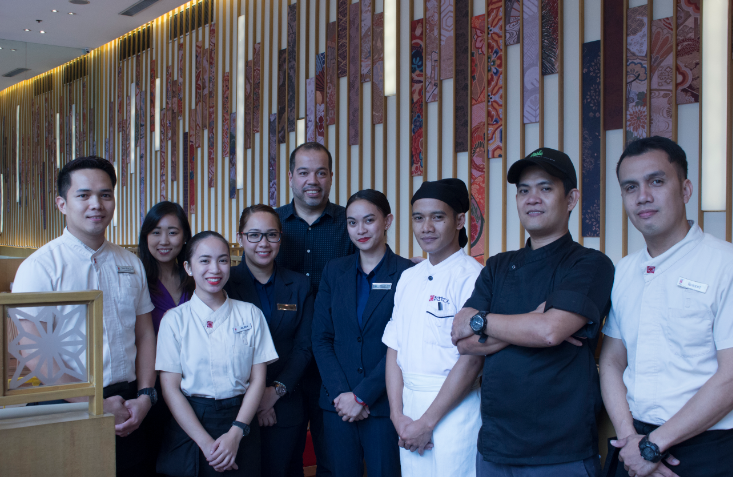 How does Raintree maintain and live up to its goals of providing a pleasurable social dining experience to your customers?

Well, I can say that our restaurants are kind of fun. We don’t really try to do fine dining. As much as I like that food and as much as we are capable of doing it, we wanted something that people can come to every day and feel comfortable.

What is your most successful and most popular brand? How do you make people loyal to your brand?

I’m not sure I could say which the most popular and most successful [brand is], but I could at least talk about the Japanese restaurants. Saboten was our first attempt at doing a franchise, and we learned a tremendous amount from our Japanese partners. I think [that’s] because of the systems that they have to focus on quality in every aspect of this restaurant. It’s really authentic. It’s the real thing. We spent seven months just sourcing [the] ingredients. We didn’t go over recipes. We didn’t go over all the things you’d think that go to a restaurant. We were simply finding the best quality – ones that would fit. I think it showed because people come back over and over again. We got pretty high guest satisfaction, especially [from our] Japanese clientele. It’s really a compliment to us that they recognize when people say, “It feels like Tokyo”.

What would you say is the most ambitious project that Raintree pursued?

We’ve had a few ambitious projects that we tried. I think, certainly the hotel side [was ambitious]. The scale of the hotel is much bigger than what we do in restaurants. Ambition-wise, doing the hotels was quite different. We are very proud of doing the hotel business. We managed Discovery Hotels for more than 10 years for the owners of Discovery, and we consistently received great reviews, especially on TripAdvisor. People say you have to be a big brand, a big company, but it’s not true. You simply have to get good people and have a heart on what you‘re doing.

What’s next for Raintree Group here in the Philippines?

We have a few more things planned this year. In particular, we have, hopefully, a couple more Japanese restaurants. We’re working on two things [right now]. I can’t really disclose what the idea is, but we’re looking around BGC or Makati for locations. We’ve had so much success with Saboten when we opened our second and third Japanese restaurant, that is Chotto Matte and the Izakaya, which we invented from scratch.

If I could boil it down to one thing, you really have to trust, rely upon, and empower people to make decisions. Whether you agree with them or not, they are your force multipliers. You can’t possibly, when you get to a certain size, cover all the details that you could when you started out and just had one restaurant or one establishment. [We’ve] created this culture that empowers people to do their jobs and make their own decisions. 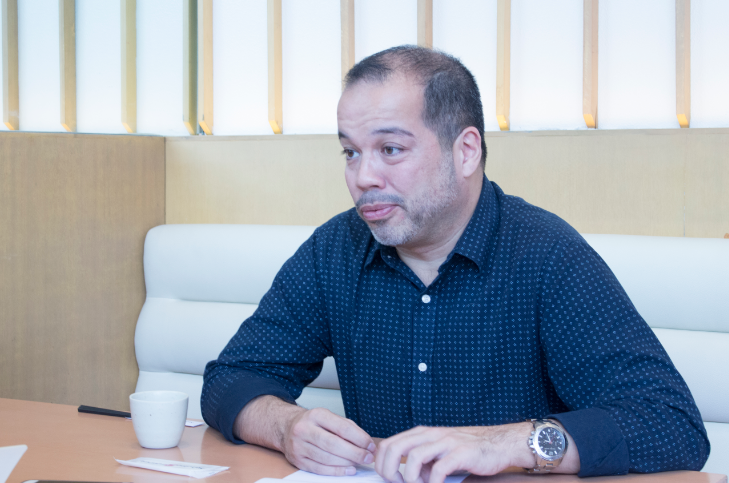 I guess the two founders of the company – my parents. My mother, in particular, has always been a very strong force. She’s had a very strong vision of what quality looks like.

Which experience made the most impact on you as you were establishing the company?

I think the biggest thing was we’re really a people-intensive business. I think we have 700 employees now, and another 100-200 hotel employees. I’ve seen [this company grow] from the time we started when we just had 30-40 staff until today. This is not just a job for a lot of people. Their social life and their livelihood depend on what we’re doing here. So I think a lot of the time, what we’re doing is really growing, expanding to provide more opportunities for the people who work with us.

I think, probably, it impacted me the most to see that the job means something more to them than simply being, “I go to work, I get a salary, I go home.” That wasn’t my experience when I was working in U.S. Here, “work is work, and family is family. Your outside life is your outside life.”

A lot of it is spent in meetings, working with people, whether it’s in operations, or some of the other various departments. I spend quite a lot of time right now in business developments so we’re out there looking at new locations, new possibilities for partnerships, and even working on [the] hotel side and hotel owners. I’m always with the idea of trying to expand or grow the business.

What is one quote that motivates you to do well in your job?

We used to have this sign in the office that said, “You are not the market.” The meaning of that is a bit of tongue-in-cheek. When you’re in a kind of an entrepreneurial business and you’re thinking of products or services to sell to the public, it’s easy to think that everybody likes what you like. You start to shape and fashion things around what you think everybody needs; but, as it turns out, [you have] to stay humble in this business. You have to keep thinking that you’re not actually the market.

This story appears in the March 2017 issue of Philippine Primer Magazine.