iPhone 13: Here’s Everything We Know So Far

The iPhone 13 variants retained their predecessors’ sleek design, with models still featuring flat sides, and aluminum bands for the standard model, and stainless steel bands for pro. The colors available for the standard ones are PRODUCT(RED), blue, pink, midnight, and starlight, while the more powerful iPhone 13 Pro and iPhone 13 Pro Max come in graphite, gold, silver, and sierra blue.

Each model packs the powerful A15, a processor built on the 5nm process with a 5-core GPU in pro models, a faster Neural Engine, and state-of-the-science ISP. It provides sufficient efficiency improvements that battery life is more than an hour longer in each variant.

They have a 12MP ultra-wide angle camera and support “Center Stage” (Center Frame). This is a feature that automatically recognizes people on the screen and adjusts the frame according to how they move, which can be used not only for FaceTime but also for other apps such as Zoom and TikTok. 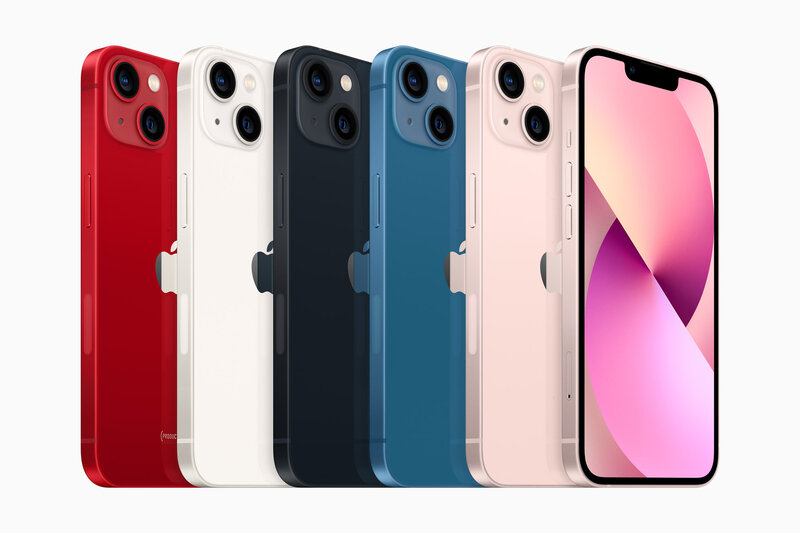 The iPhone 13 has a 6.1-inch display, an aluminum frame, and a dual-camera setup. It is positioned as the best choice for most due to its balance between features, price, screen size, and battery life. The Super Retina XDR display is 28% brighter up to 800 nits for regular content and 1200 nits for HDR. Meanwhile, its ultrawide-angle camera has far improved low-light performance, capable of shooting night mode photos.

The iPhone 13 mini sports a meagre 5.4-inch display, but is as powerful as the standard iPhone 13. The biggest differentiator is its battery life, with it having the smallest battery among the models. Due to the A15 Bionic’s efficiency gains, the battery life has increased by approximately one and a half hours.

Apple will start taking pre-orders today September 17 with the release slated for September 24. Details for the Philippine market will likely be shown on the Apple PH’s website at a later date.

Though Apple has made a number of improvements, there wasn’t any major update. The video recording and photo shooting functions have vastly improved, so these are good for those who love shooting videos and taking pictures. However, we’ve expected something nice aside from the improvements mentioned above.

I was expecting more in this version as before there were a few pictures of the screen on the back. However, when the iPhone 13 was officially launched, it was not much cookie clicker different from the iPhone 12 but had a much higher price.