June 12 and the Commemoration of Philippine Independence

It was a great moment for all Filipinos who witnessed the first wave of the Philippine flag in Kawit, Cavite on June 12, 1898. With honor and pride, Emilio Aguinaldo, the first president of the country, declared our sovereignty from Spain. Or did he?

Here are the reasons why…

Before 1898, there were significant events that would reveal how June 12, 1898 was purely a show and invalidated the so-called Independence day.

In 1897, while the revolution was completely at its peak, Aguinaldo, along with his constituents, created a provisional draft of the Philippine constitution. It was known as the Constitution of Biak-na-Bato.

The Pact of Biak-na-Bato, as it would later be called, was signed on December 15, 1897. Unfortunately, none of the provisions materialized because Aguinaldo, along with his loyal allies, had an agreement with the Spanish government in exchange for financial indemnities and pardons in Hong Kong on December 24, 1897.

He thought that the relationship he had built with Spanish officials would last. Little did he know, he unwittingly (or not) sold the Philippines to the next colonizers: the Americans.

On December 10, 1898, the Spanish government conceded to the Americans through a treaty in Paris, France. The Spanish government was reluctant at first, but eventually accepted the deal offered by the Americans after their demands were met. The country was sold for $20 million nominally for the public buildings and public works in the Philippines.

The first Republic of the Philippines refused to be undermined by the United States and declared war against them instead. Hence, the Filipino-American War erupted on February 6, 1899. Manila became a battleground for U.S. troops and insurgents led by Emilio Aguinaldo. For more than three years the Filipinos engaged in a guerrilla warfare against the better-equipped American troopers. Unfortunately, the valiant Filipinos were eventually defeated by the Americans on July 2, 1902, which paved the way for the U.S. colonial rule of the Philippines. 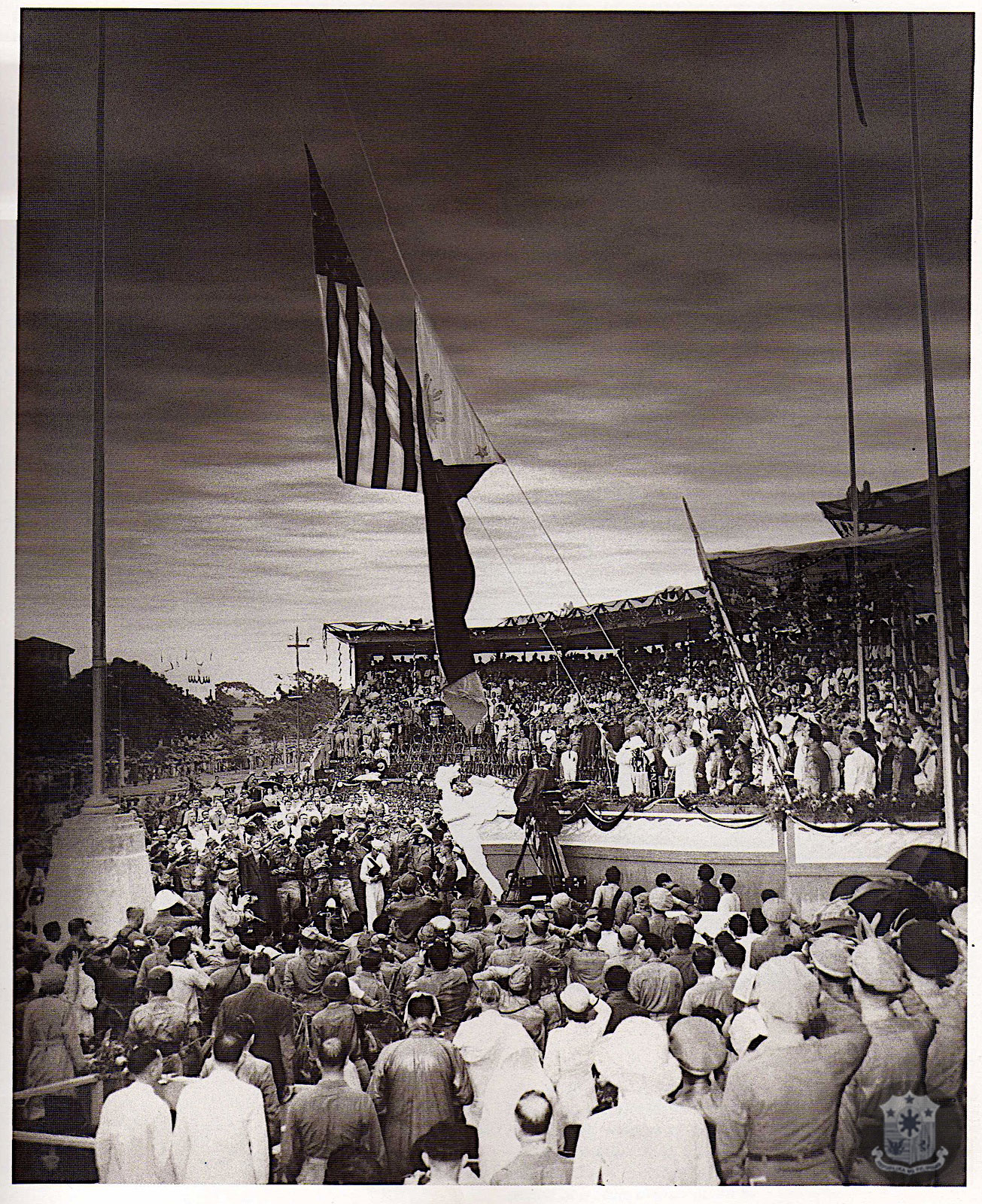 July 4, 1946 at the Independence Grandstand/IMAGE from Official Gazette 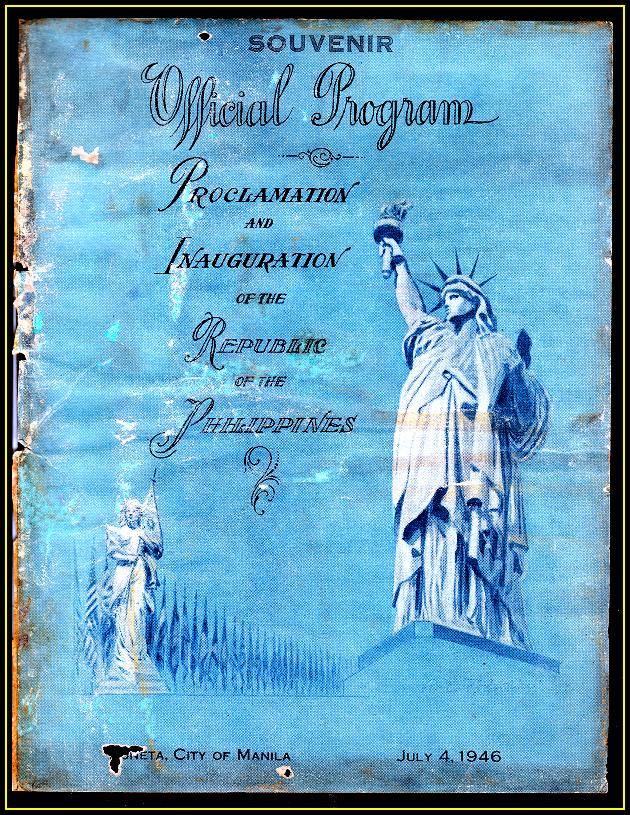 The front cover of the Official Program of the Inauguration of the Republic of the Philippines, July 4, 1946.
IMAGE from  Mr. Daniel Enrique Ladioray

In 1962, President Diosdado Macapagal issued Proclamation No. 28, s. 1962, effectively moving the date of Philippine independence from July 4 to June 12—the date independence from Spain was proclaimed in Kawit, Cavite, Emilio Aguinaldo’s hometown.

Macapagal cited that “the establishment of the Philippine Republic by the Revolutionary Government under General Emilio Aguinaldo on June 12, 1898, marked our people’s declaration and exercise of their right to self-determination, liberty, and independence.”

He also adopted the view of historians and many political leaders, that the foundation date of the nation should be June 12, since July 4 was the restoration of that independence. At present, we celebrate Independence Day on June 12.