The Embassy of Spain in the Philippines will be hosting Guitarras del mundo (World Guitars) to commemorate the quincentennial anniversary of the first circumnavigation of the world. 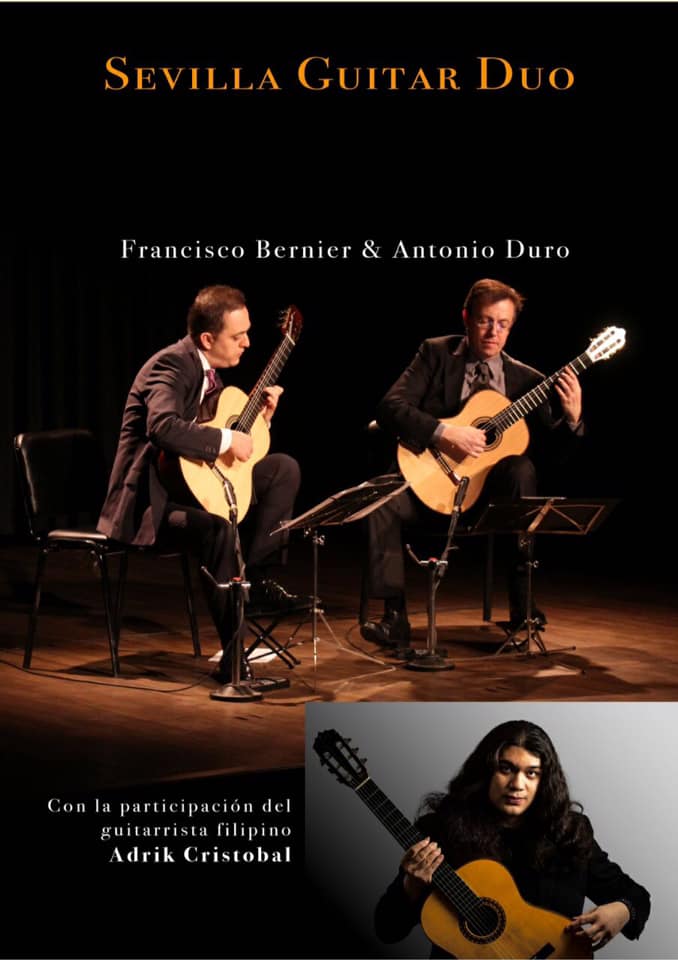 It will be broadcasted on Friday, May 7, at 5 p.m., through different social media channels, namely, the Facebook accounts of Embassy of Spain and the National Historical Commission of the Philippines. “Guitarras del Mundo” will be performed by guitarists Francisco Bernier and Antonio Duro, from Seville Guitar Duo, and the Filipino classical guitarist Adrik Cristobal.

“The first circumnavigation of the world not only resulted in a trade and maritime connection between Asia, America and Europe through the Galleon of Manila but also in the creation of a profound cultural bridge between the three continents. Music is perhaps one of the best example of the new world of sounds that this connection brought. Starting from Spain, with two Spanish composers, Granados and Rodrigo, we will travel musically to the Americas to hear some tunes of Milonga and Tango on our way to the Philippines where we will finally arrive to enjoy some pieces of Kundiman,” the Embassy said in a statement.

The country is celebrating a series of observances to mark its part in the Magellan-Elcano circumnavigation and other related events, collectively known as the 2021 Quincentennial Commemorations in the Philippines.