With just a drop of a beat to the show’s prologue, everyone was transported to a concept kingdom filled with blue and red lights. Ecstatic fans expressed their excitement through a loud, warm welcome for the queen herself —Halsey! 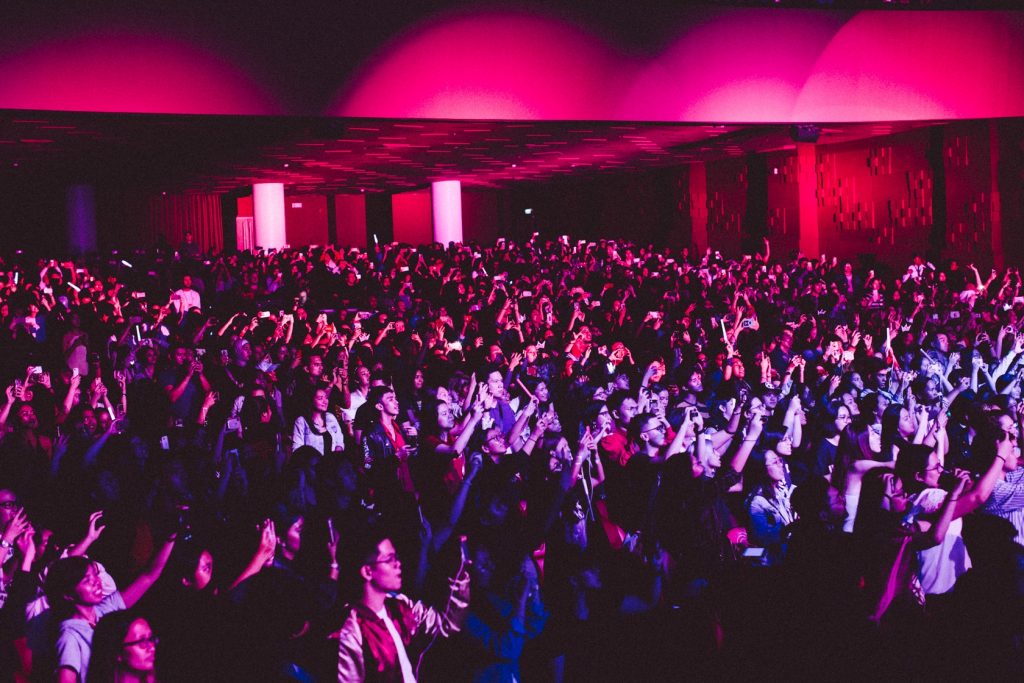 The ecstatic fans cheering for Halsey

Despite the inclement weather and the usual rush-hour Manila traffic, fans seemed to not be bothered as they enjoyed the night watching Halsey perform.  The concert held last August 10 was Halsey’s last stop in the Philippines for her Hopeless Fountain Kingdom World Tour. She performed along with front-act Niki, an Indonesian singer-songwriter.

The concert opened with a spoken prologue inspired by Romeo and Juliet and just right before the chorus of her first song, “Eyes closed,” the silhouette behind the white cloth was unveiled. Halsey was welcomed by a loud uproar as the American singer staged her first ever concert in the Philippines.

Right after The Prologue and Eyes Closed, she sang “Gasoline” and “Castle” from her previous album called Badlands. It was her first time singing Gasoline for her world tour which was then followed by Heaven in Hiding and Strangers which she dedicated to the members of the LGBTQIA+ community in the Philippines. 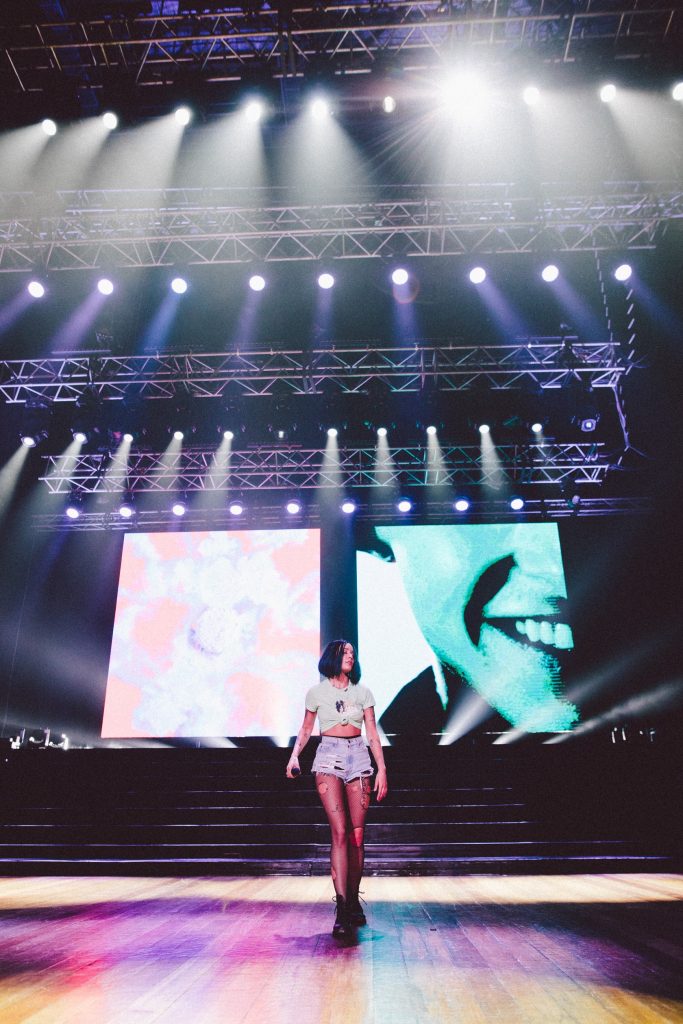 Making everyone feel like she was just within reach, she even interacted with her fans a lot. After Strangers, she sang three songs from Badlands such as Roman Holiday, Hurricane, and in the middle of Colors, she finally went down the stage to get up close with her fans.

As she went back to the stage, the concert became a bit mellow and heart-warming as Halsey called the Filipinos as some of the best music fans in the world. She also recalled how music has become a language for everyone. “The cool thing about music is that it’s a language that the entire world speaks.”

Halsey opened the next special song with a quote “It’s special to play a concert in a place where the song holds a special meaning,” and finally sang her stripped version of the hit song Closer, where she was featured. She even joked that she would show the Chainsmokers (original artists) her own video singing the song and that her crowd was louder than theirs. 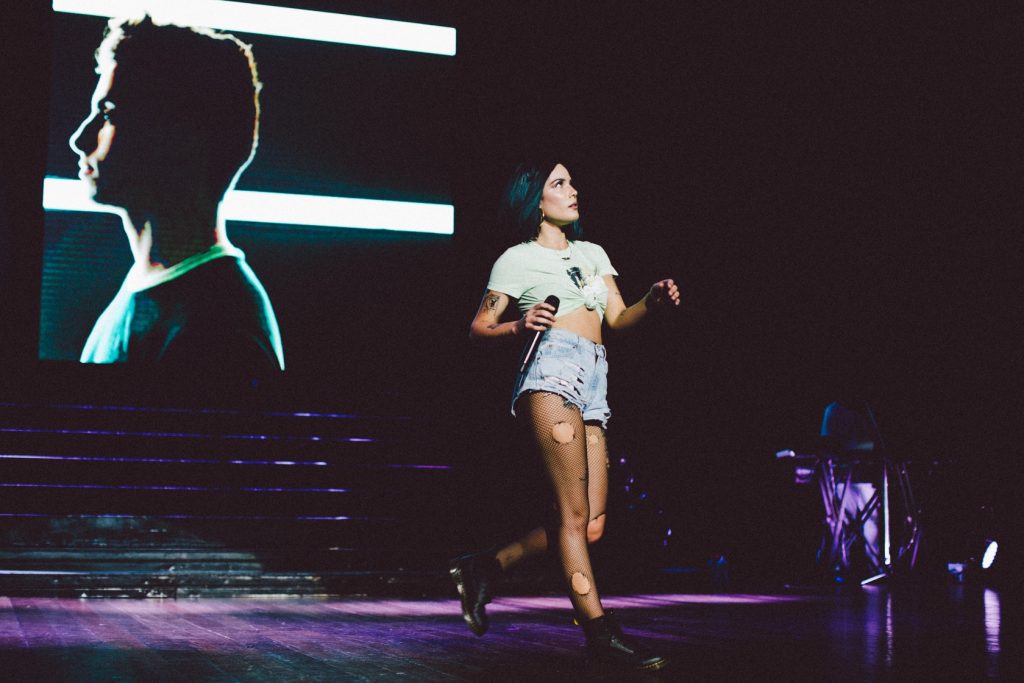 She became nostalgic as she described Closer as an amazing song that became the reason why she was able to come here in the Philippines. She then took it back saying “For as long as I can remember, I have always had a Halsey Philippines Fan Club. It’s one of the oldest fan accounts that I could remember, so I actually take it back. You guys have been with me at the beginning so that’s what sends me here.”

After Closer, she sang Sorry, Alone, Walls, Now or Never, Young God and finished it with an encore of Bad at Love. The epic concert was a fun night of music and laughter; plus, her aesthetically pleasing visuals made the concert all the more beautiful.

Halsey ended the concert by leaving a heart-warming message for all of her fans that made everyone tear up. “I spent a long time in my life looking for someone who is going to take care of me, love me unconditionally, and make me feel happy and safe. And I realized I’ve been looking in the wrong way the whole time because it’s right in front of me!”