The City of Manila claimed first place as the Philippines’ most competitive highly urbanized city in the 2020 Cities and Municipalities Competitiveness Index (CMCI).

The local government of Manila was awarded during the 8th Regional Competitiveness Summit held last December 16 where the city received the Overall Competitiveness Award for Highly Urbanized Cities. 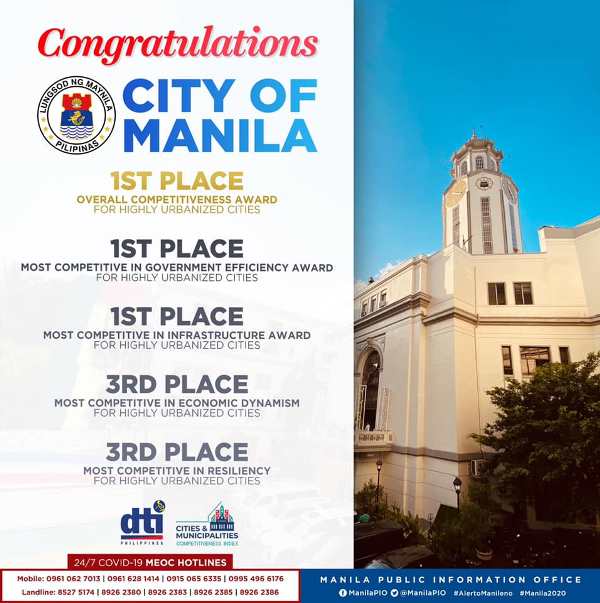 Apart from the said award, the City of Manila also received other acknowledgments under the highly urbanized cities bracket:

The Overall Competitiveness Award was based on the criteria of programs being implemented by the city to improve their respective “economic dynamism, government efficiency, infrastructure, and resiliency.” The scores on each pillar were determined by the National Competitiveness Council (NCC) to select which city will emerge as the overall competitive city in the country. 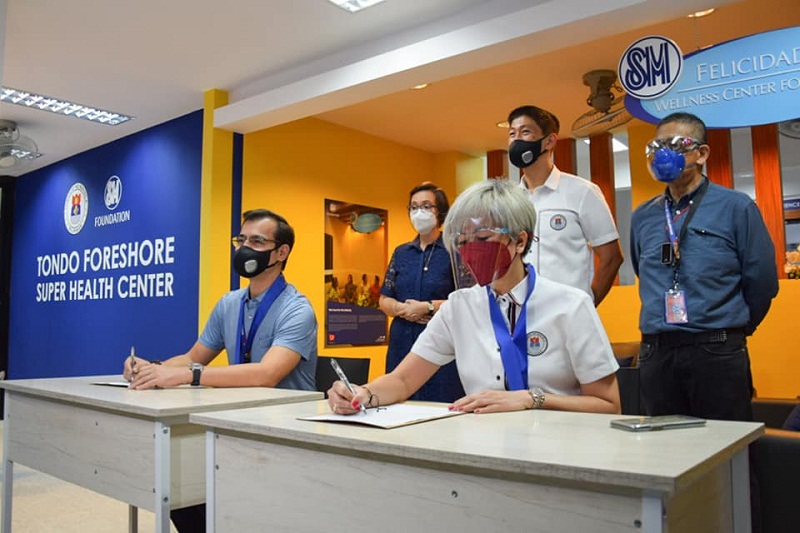 The government efficiency recognition, on the other hand, was determined according to the city’s compliance to business permits and licensing system standards, efficiency in business registration, health services capacity, compliance to national directives, presence of investment promotion unit, the capacity of school services, performance recognition, the capacity to generate local resource, social protection, and peace and order.