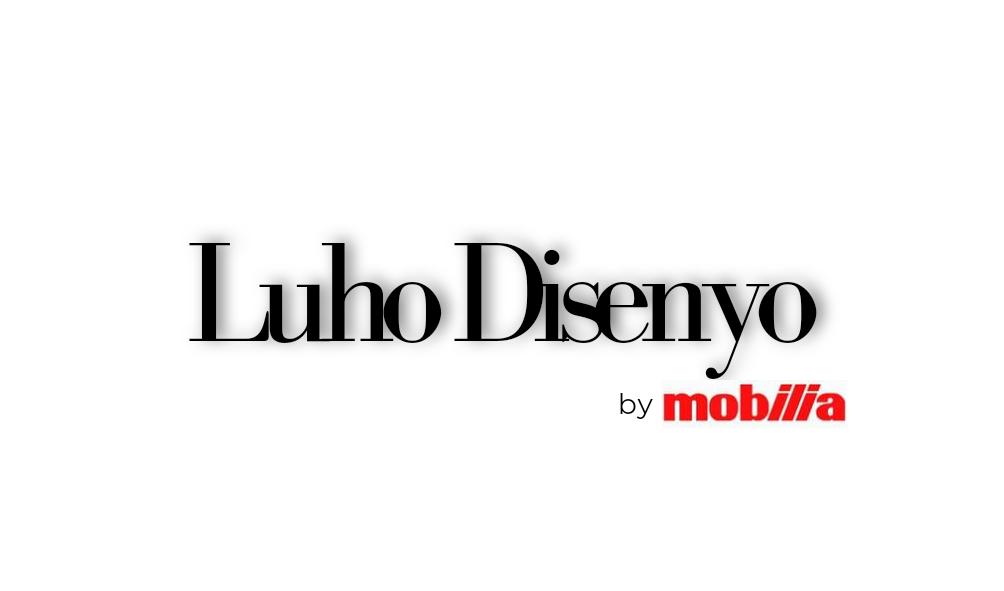 German Club Manila’s Oktoberfest: What to Expect from the 80-Year-Old Celebration

Born out of romance and amusement, Oktoberfest endured 208 years of thunderous celebrations, and the festivity does not show signs of waning! Fueled by authentic German beer, fired up by camaraderie, and inflamed by long-standing royal traditions of Bavaria, Oktoberfest seemed to have traveled from the town of Munich going to Manila in the Philippines by means of the German Club Manila! 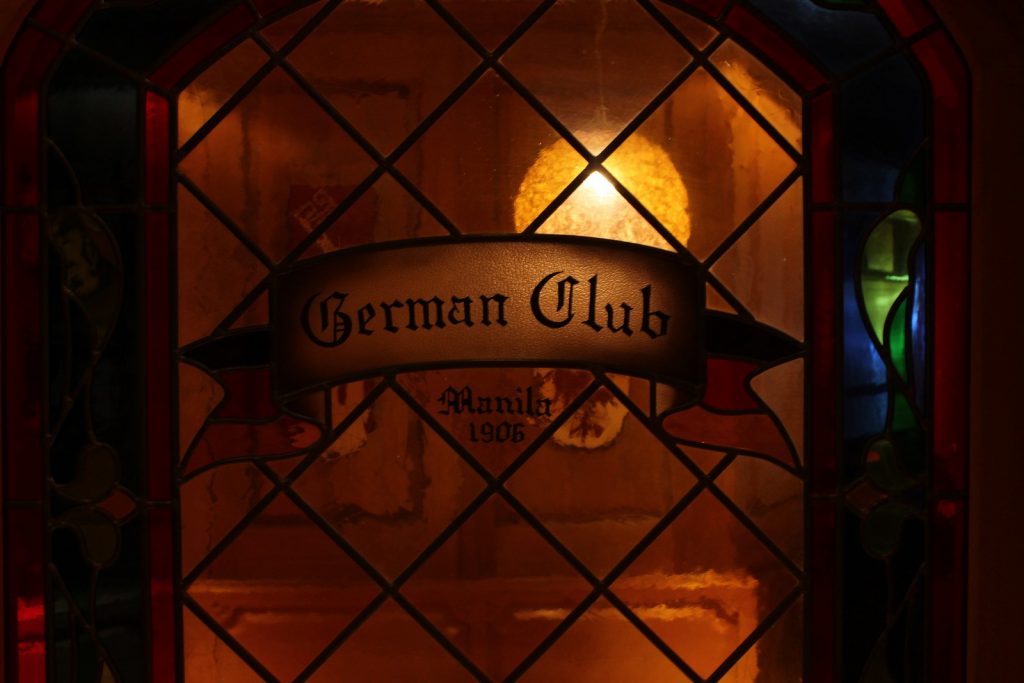 History of Oktoberfest in the Philippines

The German Club’s history dates back to the 1800s, named as the Casino Union by the then-German consul in Manila, Otto Franz von Möllendorff. From here, it was formally founded in 1906, finally christening the organized club as the German Club Manila.

Celebrating its 113th anniversary in January 2019, the German Club is hailed as one of the oldest clubs catering to the expats in the Philippines. Consequently, the non-profit organization geared towards several welfare projects, celebrates their 80th Oktoberfest this year, making it the longest-running Oktoberfest celebration in the entire country!

From a total of 30 people joining the celebrations to a staggering capacity of 7,200 people, the festivity laden with authentic German food and, for the first time this year, Bavarian beer, Oktoberfest by the German Club in the Philippines, is one celebration that draws you in and leaves you wanting for more!

The oldest photograph of Oktoberfest in the Philippines the German Club Manila could retrieve was a 1934 image (left). Meanwhile, it contrasts with the recent celebrations of 2017 with hundreds of people in attendance (right). /IMAGE German Club Manila

While the original Oktoberfest is celebrated from mid-September until the first Sunday of October, the season of beer-drinking and partying to your heart’s extent is not quite done yet as German Club Manila celebrates their 80th Oktoberfest at Solaire Resort and Casino this October 4 to 6, 2018, from 6 pm until the early hours of the morning!

From Philippine Primer’s exclusive interview with the 112-year-old membership club, we give you a rundown on some of the things you may expect from their grand Oktoberfest celebration! 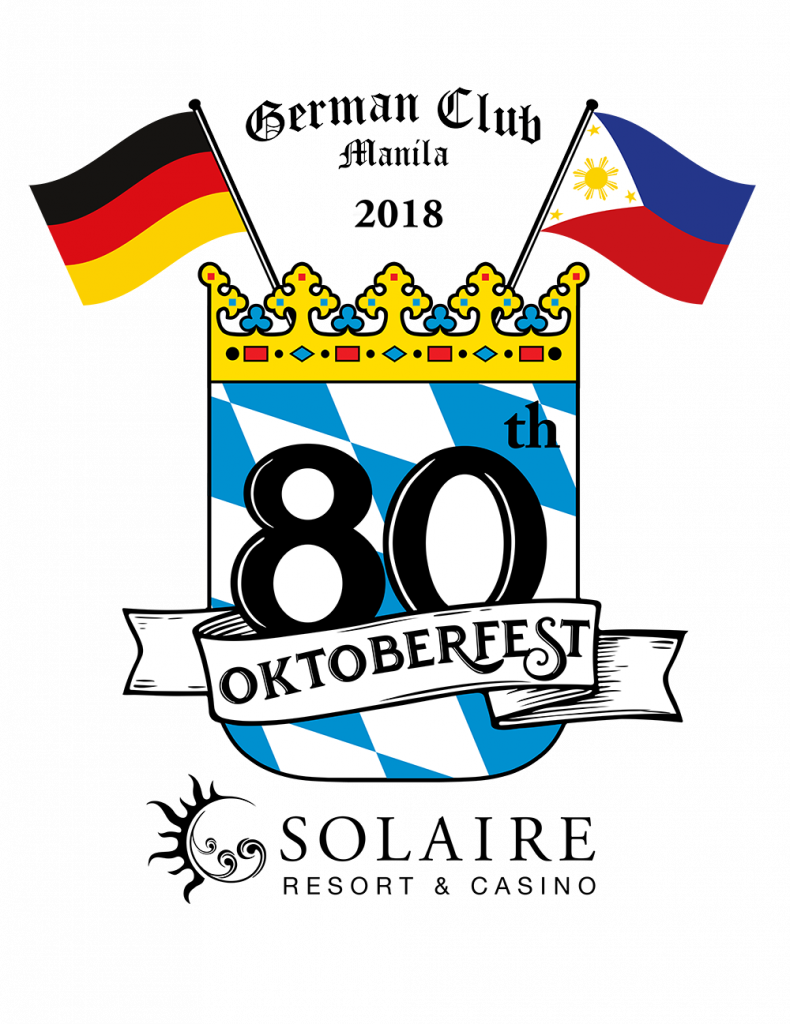 Get Ready to Dance the “Fliegerlied!”

Perhaps one of the most anticipated Oktoberfest phenomena, aside from authentic Bavarian beer and German food, is the dance craze, Fliegerlied! Get ready to climb benches, sing your heart out, and move your body as you acclimate yourself to the tune of Fliegerlied– a prominent Oktoberfest song, which is also called the “So ein Schöner Tag,” which directly translates to “Today is such a beautiful day,” in English.

Oktoberfest is also celebrated in Dublin, Ireland, where people are seen dancing to the tune of Fliegerlied.

A Reflection of the Authentic

Munich, Germany’s 200-year-old Oktoberfest celebrations seem to have traveled all over the world,  to Asia and in the Philippines to mirror authentic German Oktoberfest celebrations. While 14 big tents usually grace the original Oktoberfest in Munich at the field called Theresienwiese with 10,000 people each, Solaire will be putting up a 2,400 square-meter tent for the 3-day event! For our dear German expats and beer and food connoisseurs from around the Metro craving for a taste of Bavaria, a staggering 25,000 liters of free-flowing Oktoberfest beer from Weihenstephan– the world’s oldest brewery– will be for all to enjoy! This will be best paired with traditional Bavarian food prepared by Solaire’s German Chef, Michael Dinges. 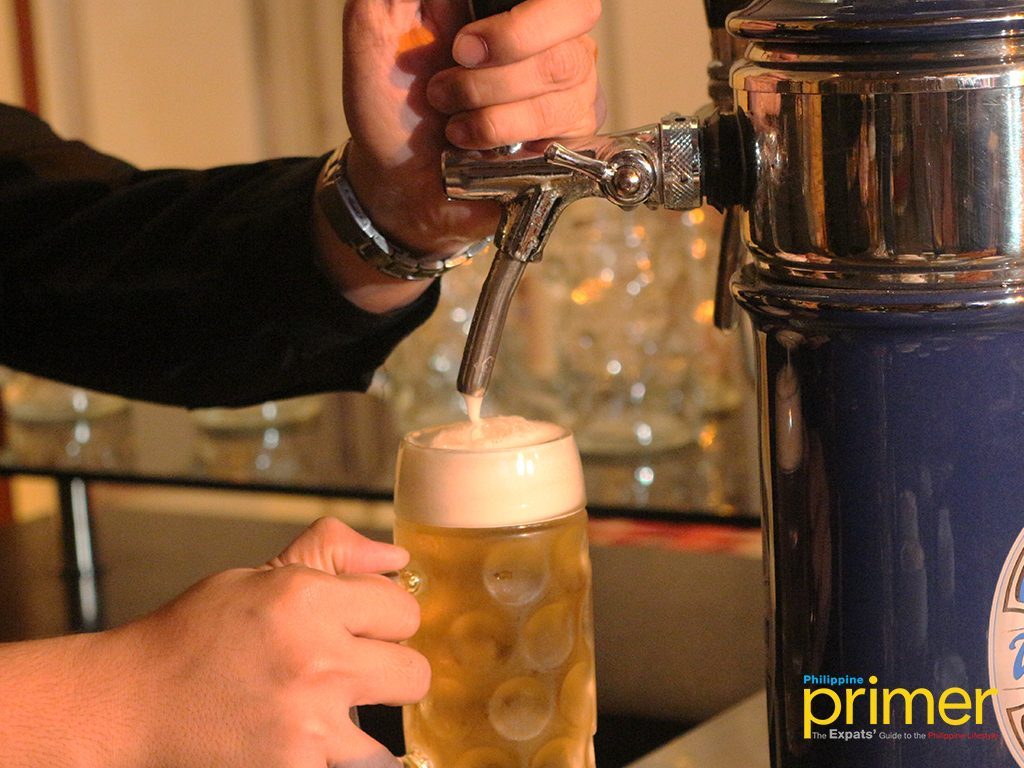 For the first time, authentic beer coming from Bavaria will also be served at the 80th Oktoberfest. 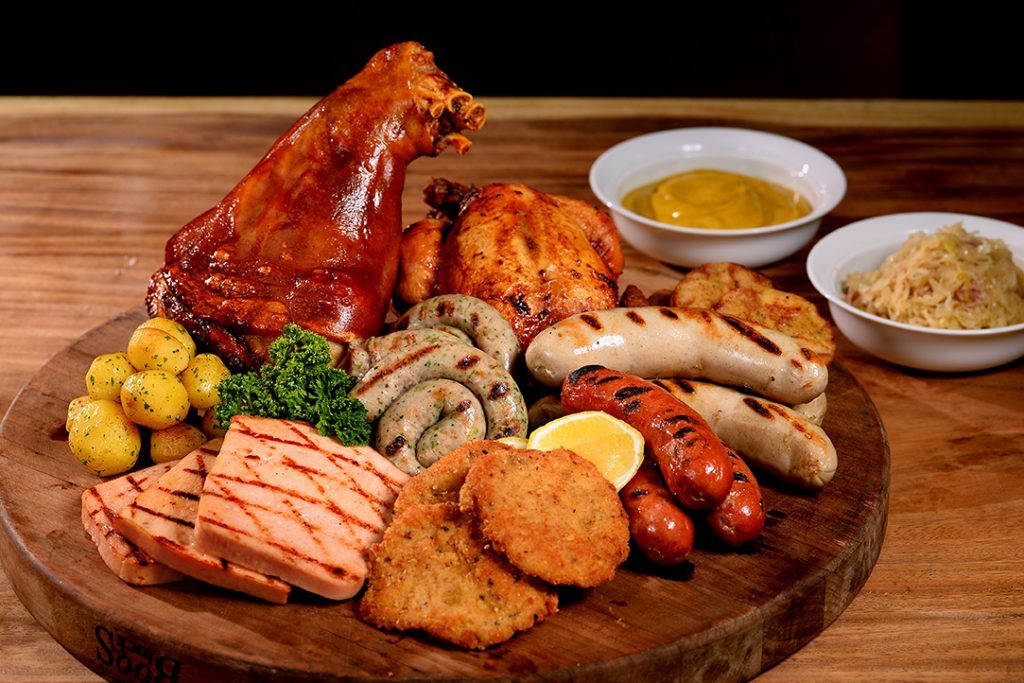 Get Fueled Up by a 12-Man Band

With all the festivities, German Club Manila gives its guests an authentic Oktoberfest experience by drawing them into the vibe with The Bavarian Sound Express – an honest to goodness 12-man ensemble with musical geniuses playing the trumpet, trombone, saxophone, drums, and, to give them a modern vibe, the technic! The Bavarian Sound Express will be starting off with traditional German songs, quickly transitioning to pop for everyone to get dancing on their toes. 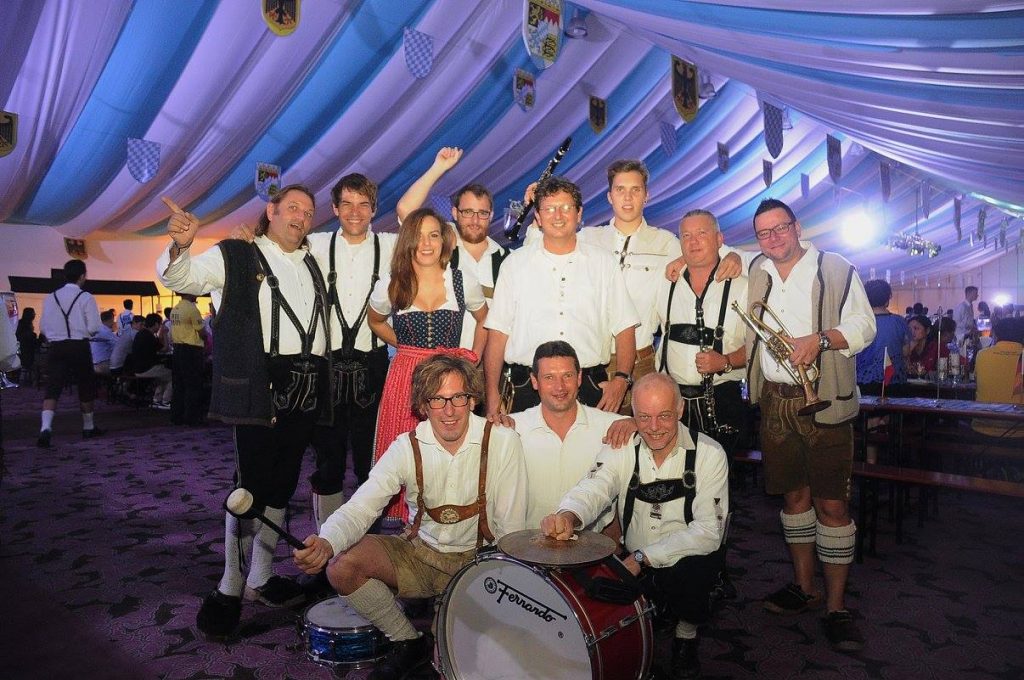 So, whether its the “lederhosen” (leather pants) you would like to wear or the “dirndl” (the traditional Bavarian dress); whether its a plain shirt and shorts or a tuxedo, join the German Club, Manila as they celebrate one of the biggest and most genuine celebration of Oktoberfest in the Philippines to date!