‘Noli Me Tangere, The Opera’ relives the classic Filipino story of love, betrayal, and revenge

A hundred and thirty years since it was first published, Jose Rizal’s classic novel finally finds its home onstage as it comes to the Cultural Center of the Philippines. Performed in opera form, Noli Me Tangere continues to prove that it is a timeless piece of literature that can be passed on from one form to another, from one generation to the next. 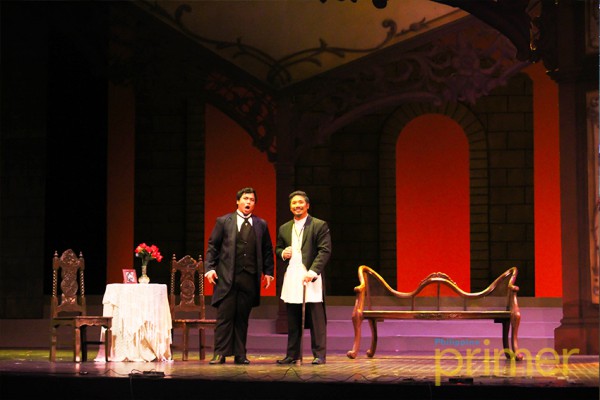 Crisostomo Ibarra and Kapitan Tiago during the dinner scene.

The opera revolves around Juan Crisostomo Ibarra, who, after seven years of staying in Europe, comes back to his motherland with dreams of establishing a school for the Filipino youth and marrying his betrothed, Maria Clara. Several factors hold Ibarra back from achieving these goals, forming a story that centers on love, betrayal, and revenge. (READ: CCP brings back ‘Noli Me Tangere, The Opera’ to Manila) 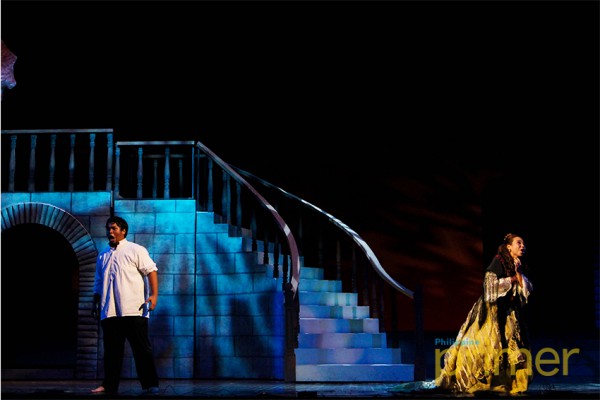 Crisostomo Ibarra and Maria Clara before they parted.

The operatic retelling of this Filipino classic contradicts the usual connotation that opera is something to be enjoyed only by the ears, and not so much by the eyes. Its grand stage design, accompanied by a digital backdrop of the scenes, makes the whole production a spectacle to its audience. Every piece of the production, from the native bahay kubo to the elegant costumes, was well thought of and designed to bring the people back to 19th century Philippines.

What makes the CCP production different from its 2014 production in Resorts World Manila is how the set follows the traditional type of set design, with every piece pulled in and out of the stage at the start and end of the scenes. Although the whole production is in Filipino, non-Filipino speakers shouldn’t worry as there English supertitles will also be displayed on the screen.

One of the factors that keeps Noli Me Tangere alive in the hearts of Filipinos is its moving story of love in its many different forms: may it be for a lover, for a family member, and – most importantly- for one’s country. Noli Me Tangere, The Opera, through the songs performed by the country’s very own opera singers, is able to bring just that. Every performer shined in their own way, delivering every song with so much passion and emotion that moves everyone in the room. 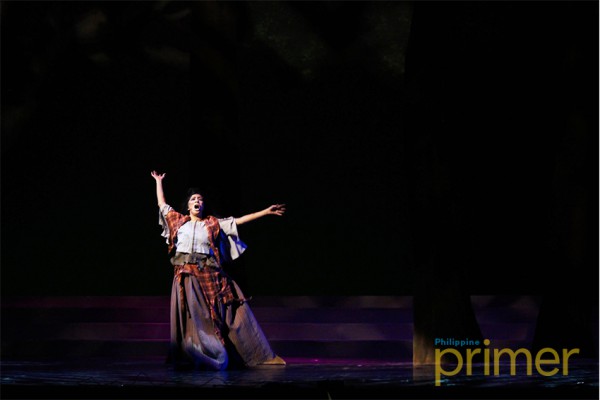 Sisa is driven to madness after losing her sons.

Aside from Ronna Ferrer’s Ibarra and Bianca Camille Lopez’ Maria Clara, it was of the one who portrayed Sisa that stood out the most. Her portrayal of the madness that she felt in finding her 2 sons was something that the audience will surely remember, hours (probably even longer) after the show has ended.

Noli Me Tangere, The Opera may be the first full-length Filipino opera, but this proves that this art form is a thriving one that people should discover and witness. It encourages people to remember the events which made the Philippines what it is today; to make them realize that, although they’re no longer in the 19th century, the “social cancer” people experience then is still something that the Filipinos today are still not able to cure.

Noli Me Tangere, The Opera will have six shows at the Tanghalang Nicanor Abelardo (Main Theater), Cultural Center of the Philippines on January 28, 29 and February 1, 2, and 3, 2017.