Eat Bulaga host Paolo Ballesteros bags a Special Jury Award for acting  at the recent 21st Kerala International Film Festival in India, and was recognized for his transgendered role in the MMFF 2016 entry, Die Beautiful. 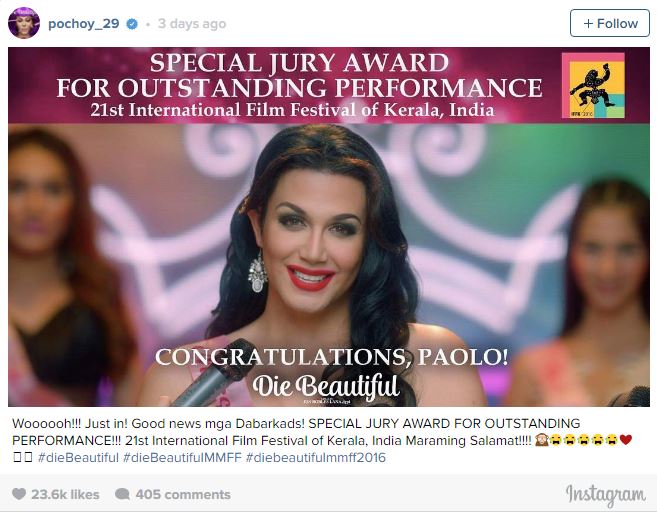 Films that were included in the World Cinema section were Eduardo Roy Jr.’s Pamilya Ordinaryo and Derick Cabrido’s Tuos.

Another movie helmed by Director Eduardo, Quick Change,  was part of the Gender Bender program focusing on films that propagate emotional, social, cultural, and political situations of the LGBT community.

From his prominence in make-up transformation, to Award of Distinction at the Inquirer Indie Bravo Awards for the same film, and just a month ago, won his very first Best Actor award at the Tokyo International Film Festival, and now, the Special Jury Award. It is no doubt, Paolo is truly a Pinoy pride.