Days ahead of PhilBike Expo, the media got a taste of things to come at the country’s international-standard platform dedicated to the bike industry thanks to Japan’s “Superkids” and Belgium’s “The Magician”. 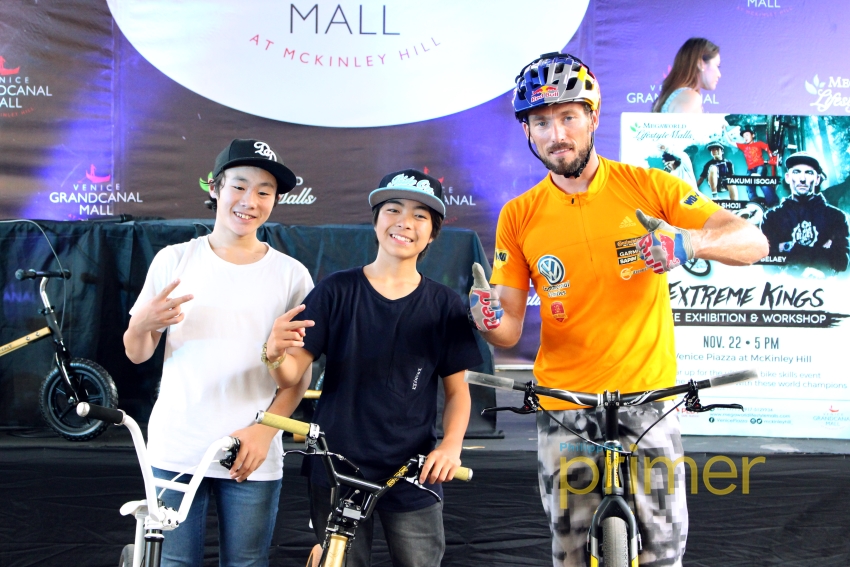 Phil-Bike Convention, Inc., the organizers of PhilBike Expo, brought in four of the biggest names in the world of cycling as “The Magician” Kenny Belaey and “Superkids” Yu Shoji and Takumi Isogai headlined a press conference held earlier today at the Venice Piazza in McKinley Hill, Taguig. 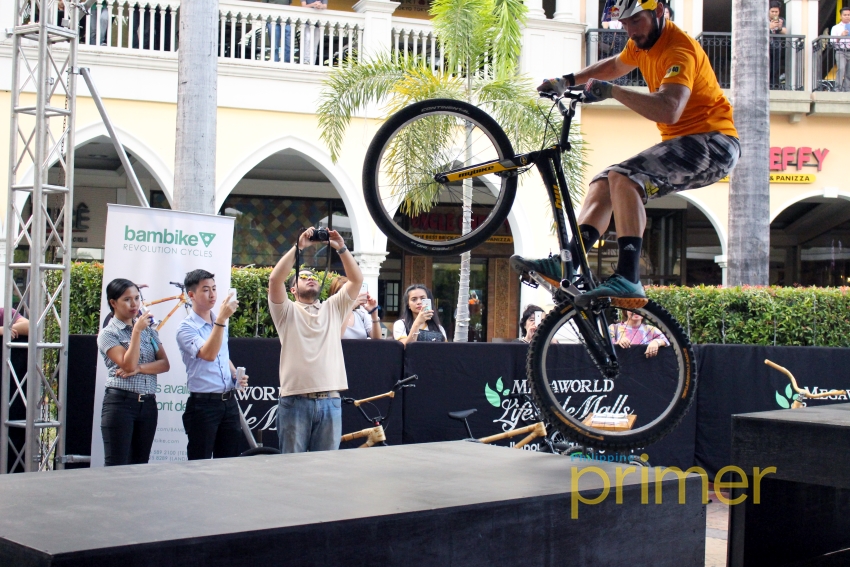 THE MAGICIAN IN ACTION. Kenny Belaey shows off his trials bike skills ahead of PhilBike Expo 2016.

Regarded as one of the biggest names in bike trials, Kenny Belaey brings with him 24 years of experience as a trials rider. Belaey, a world champion several times over, is seen as an innovator in the world of bike trials. His latest exploit, Balance, sees him traversing a section of the French Alps on his bike… and a slackline.

GNARLY. Here’s the best part of Balance… or at least the scariest.

He talked about the feat during the press conference, saying the idea came to him 4 years prior to its release in 2015. “It took me 80 attempts spread over 6 days before I successfully crossed the slackline.”

In essence, the video represented what the sport of trials was really about for The Magician. “Trials is not about the flips and tricks; it’s about balance, not flair.” The feat has yet to be attempted by anyone else, even to this day.

The Superkids, on the other hand, are a pair of 14-year-old Japanese prodigies in Flatland BMX, a sport that takes advantage of one’s ability to do tricks on a surface void of ramps, jumps, or grindrails. Yu Shoji and Takumi Isogai have been tearing up the world of flatland by storm, with podium finishes at some of the world’s top Flatland events like FlatDev and FlatArk. 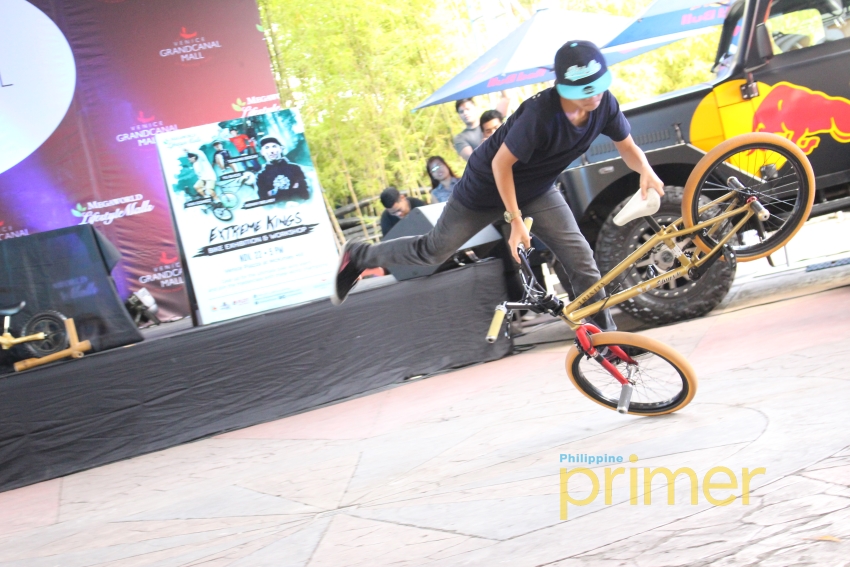 THE REVOLUTIONARY. Yu Shoji performing one of his flatland routines for the crowd at Venice Piazza. 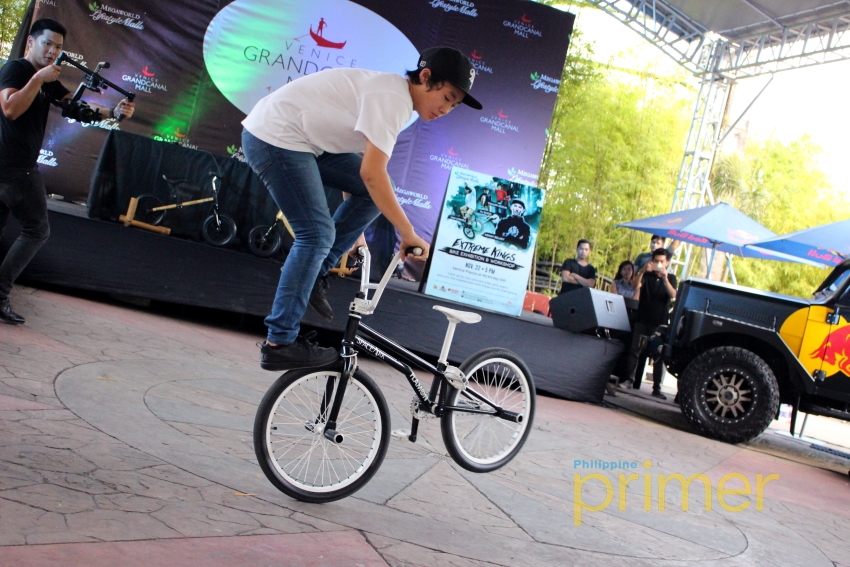 FLAWLESS. Takumi Isogai may not have shown his flawless run at FlatArk 2014, but his technique is still second to none for someone his age.

Yu Shoji, in particular, is known for his double decade, a move that requires you to have your bike on its back wheel while you go over the frame by rotating the handlebars… twice. This gave him 1st place at the 2015 Voodoo Jam AM Class. Takumi Isogai is known for his flawless technique, something he showcased at FlatArk 2014, winning 1st place in the Expert category.

Accompanying the Superkids is their mentor, Viki Gomez, who returns to PhilBike for the second year in a row. The 35-year-old Spaniard is known all over the world for creating new tricks that combine flow and rhythm, surpassing the limits of imagination. His skill at Flatland has netted him three championships both at the Flatland World Circuit Series and the Red Bull Circle of Balance.

Joining them is Canadian Geoff Gulevic, who will have a one-day only performance at this year’s PhilBike Expo. The Rocky Mountain Bicycle ambassador is regarded as one of the best in the field, with a fourth runner-up finish at Jumpship 2011 and a fifth place finish at Red Bull Rampage 2010 and Crankworx Joyride 2011.

Catch these amazing athletes at this year’s PhilBike Expo, happening at the SMX Convention Center on November 26 and 27.