A Filipino party is never complete without those anticipated side-splitting, sweat-inducing activities – party games. Here’s a list of common Filipino party games you might want to get ready for the next time you’ll attend whatever merrymaking.

1. Agaw Bitin
This one’s especially for the little ones! Agaw Bitin is a game that is usually staged in any children’s birthday party in the Philippines. A wooden frame decorated with colourful paper, toys, money and candies is hung above an open space. Players stand underneath the frame and they get to keep whatever they could grab from the Agaw bitin as an operator lowers or raises the wooden frame. 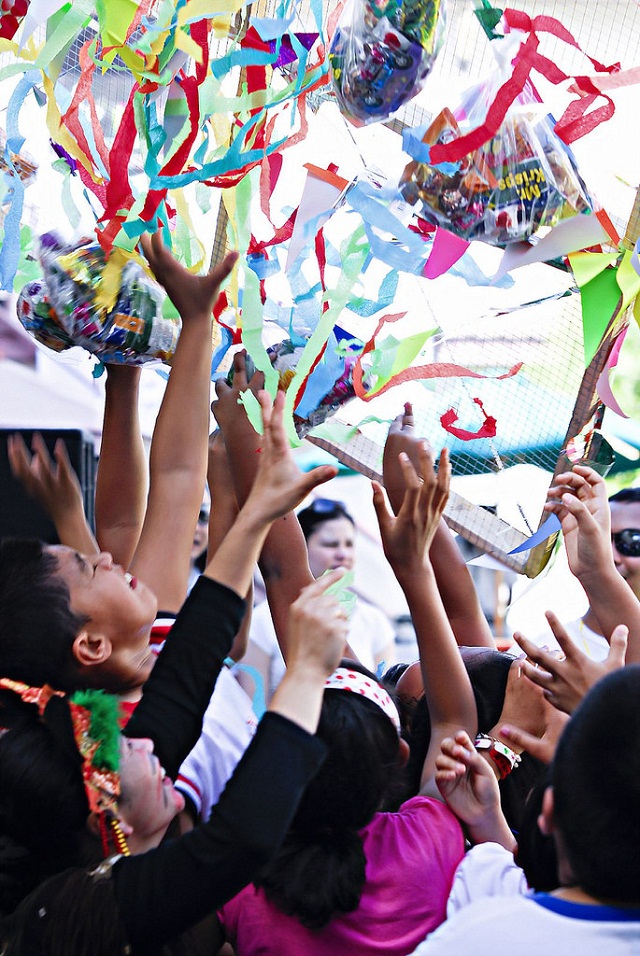 2. Pukpok Palayok
Pukpok Palayok is the Philippines own version of piñata but instead of papier-mâché, the player hit a clay pot called Palayok. The player is blindfolded, spun around, and then he proceeds to locate the pot and hit it. The surrounding players take turns until the pot is broken. Once the pot is broken, the audience gets to dive for a shower of candies, coins, and other knickknacks inside the pot. 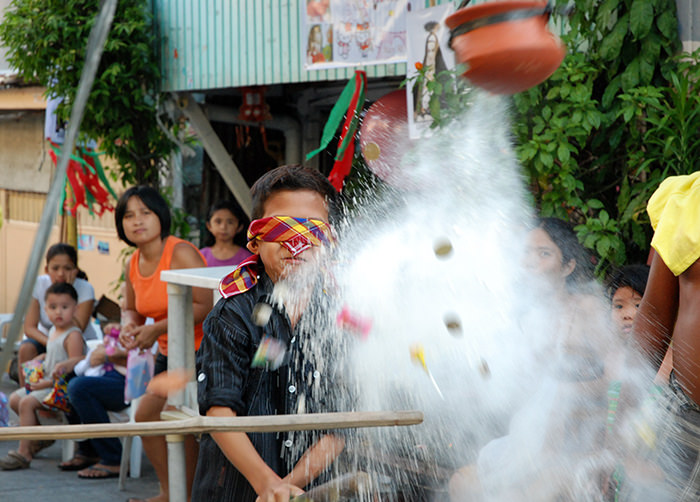 3. Pinoy Henyo
This popular game is derived from a noon time variety show called “Eat Bulaga.” Pinoy Henyo (Filipino Genius) is played between teams of two. The goal is to guess a word (it could be a name, place, food, song title, etc). One team member gets to guess by asking yes-or-no questions. The other then replies with “Oo (yes), Hindi (no), or Pwede (maybe).” The team who guesses correctly in the shortest amount of time is the winner. 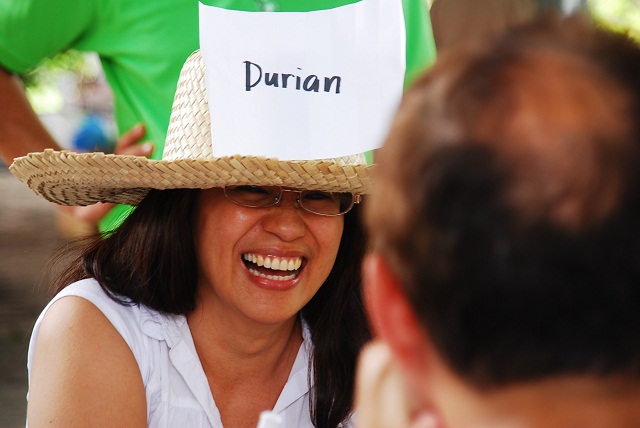 4. Bring Me
The name of the game says it all. The game master will shout “bring me (name of the item) and whoever brings the item first gets the prize. Items include the usual lipstick, “puting buhok” (gray hair) and “10-peso bill.” 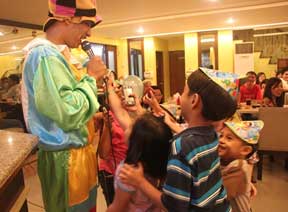 5. Trip to Jerusalem
This game usually requires 10 or more participants. A bunch of chairs are arranged in a circle, players should be one more than the chairs. So if you have 12 chairs, there should be 13 players. Dance-y music is then played as players go around the chairs. Once the music stops, players must then take a seat. The person who doesn’t get seated is eliminated. A chair is also removed from the circle as the game progresses. The game gets real when there’s only one chair left and two players fight for it. 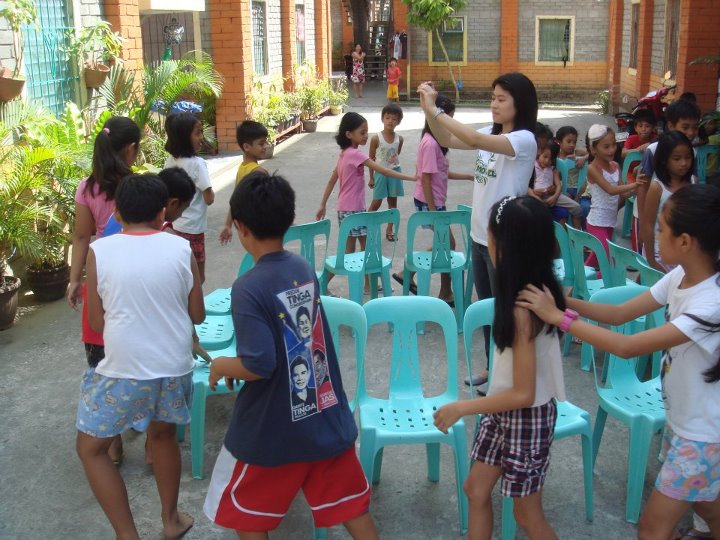 6. Stop Dance
This game is also very popular in any party. It’s just like the Trip to Jerusalem, only without chairs. Players dance around, once the music stops, they must freeze in whatever position they were. Anyone unable to freeze in their steps will get eliminated. 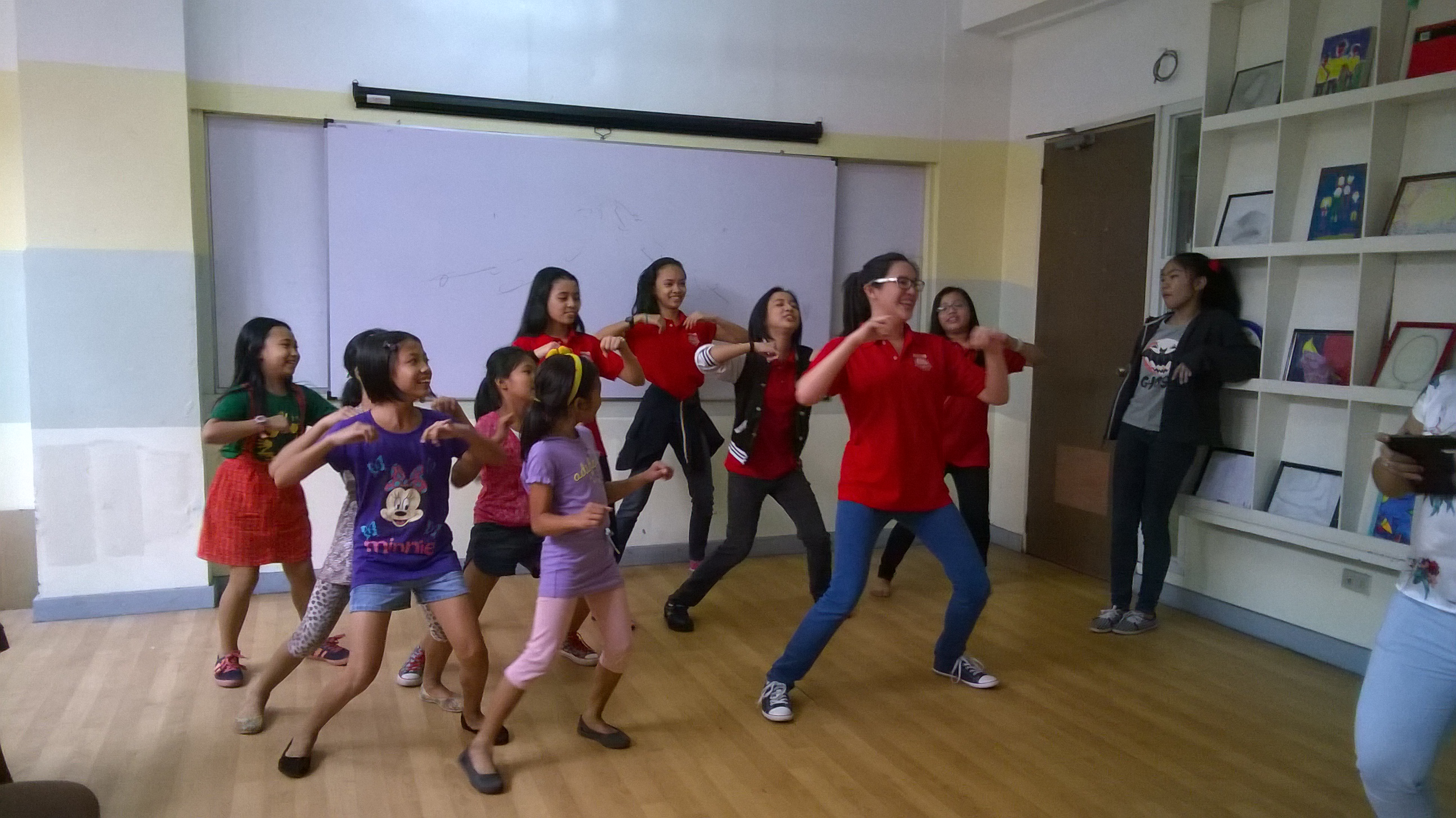 7. Paper Dance
Another game that is similar with Trip to Jerusalem or Stop Dance. Players are grouped into twos; a piece of paper (usually a broadsheet) is used as the “dance floor”. Partners should dance around the paper and hop on it when the music stops. The paper is then folded in half and gets tinier and tinier. The teams must find a way to remain upright within their respective “dance floor”. The last team standing wins. 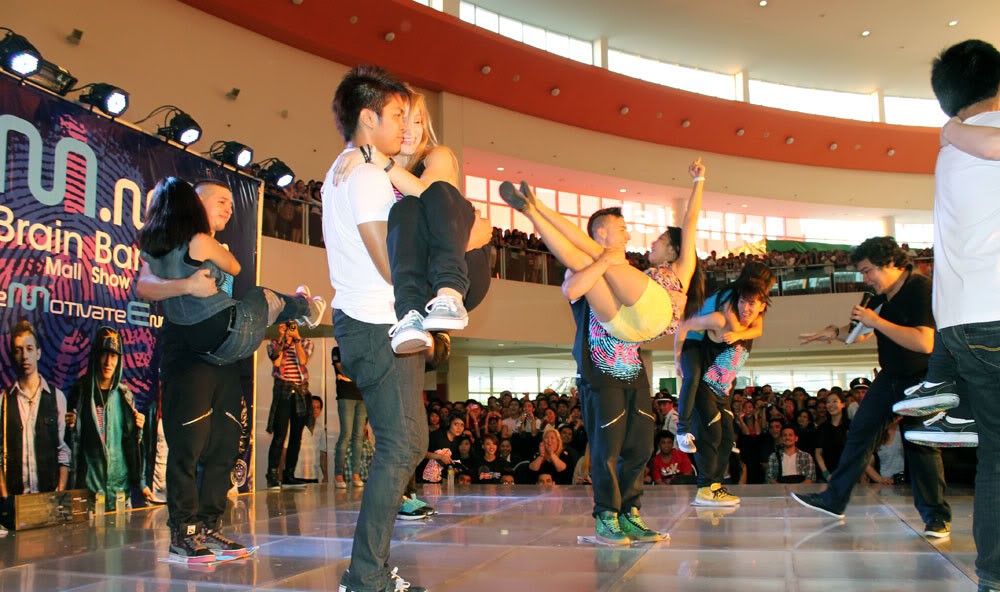