Introduction to the Philippine Legislative Process

Bills, Resolutions, Amendments, Republic Acts. These are some of the words we hear whenever the Senate or House of Representatives releases a press statement about something that has either been proposed or passed their scrutiny. People always have something to say whenever they hear a proposal, but most think that a proposed bill is already a law.

Filipinos in general don’t know the legislative process, but they at least have an idea of how it goes. Expats, on the other hand, have no idea when something can be considered a law and when it’s merely a proposal.

Here’s our guide on the Philippine Legislative Process.

First off, the Congress is not just composed of congressmen. The Congress is the legislative branch of the country, and it consists of two chambers: the Senate (Upper House) and House of Representatives (Lower House). 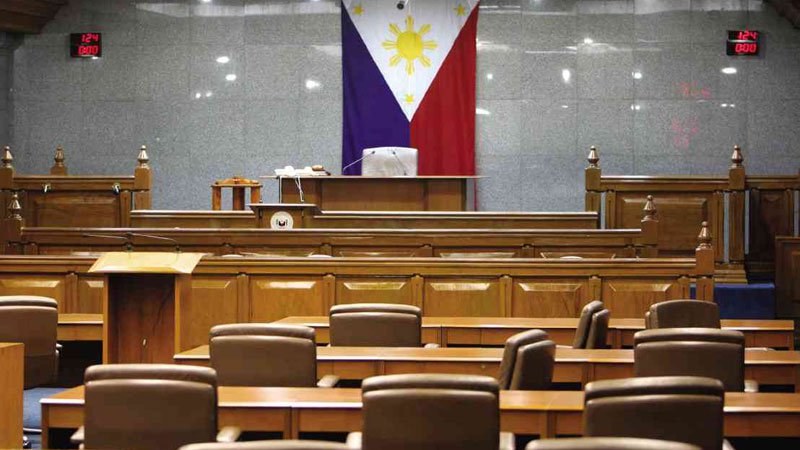 The Senate has 24 seats, half of which are voted on by the nation every 3 years. Each Senator serves a 6-year term, and can be a member of any of the 40 permanent committees. They cannot serve for more than 2 consecutive terms. 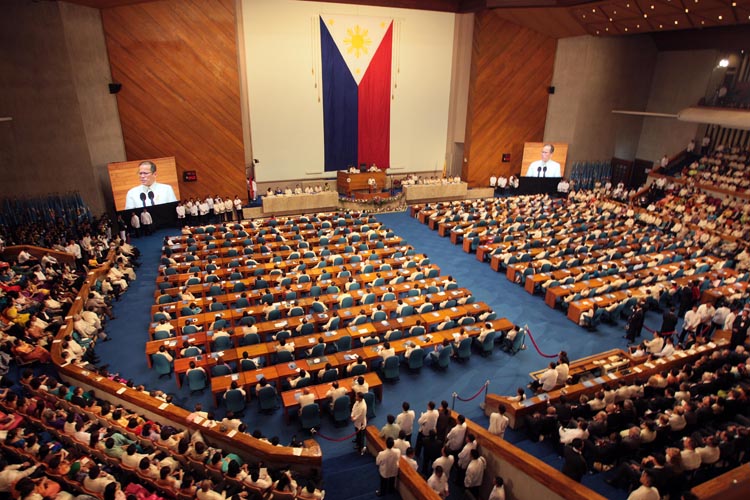 The House of Representatives (HOR), on the other hand, is composed of 292 representatives serving 238 districts and 47 party lists. Each representative can be a member of the house’s 58 standing or 14 special committees. They serve a 3-year term and can be re-elected but cannot go beyond 3 consecutive terms.

A resolution conveys principles and sentiments of the Senate or the HOR. They are divided into:

A bill, on the other hand, is a law in the making. These are the “proposed laws” or “proposed amendment” you hear about in the news, like House Bill No. 2379, which seeks to amend the National Internal Revenue Code of 1997, the country’s 20-year-old tax code. House Bills are those made by a Representative, while Senate Bills are those made by a Senator.

From Bill to Republic Act: the Process

Going from a House or Senate Bill to a Republic Act is a long and arduous process. It takes 3 readings and an approval from both chambers along with the signature of the President before a bill can become a law, known in the Philippines as a Republic Act.

The full process is outlined by the 1987 Constitution. An infographic of this can be seen on the Official Gazette.

The process goes along as follows: 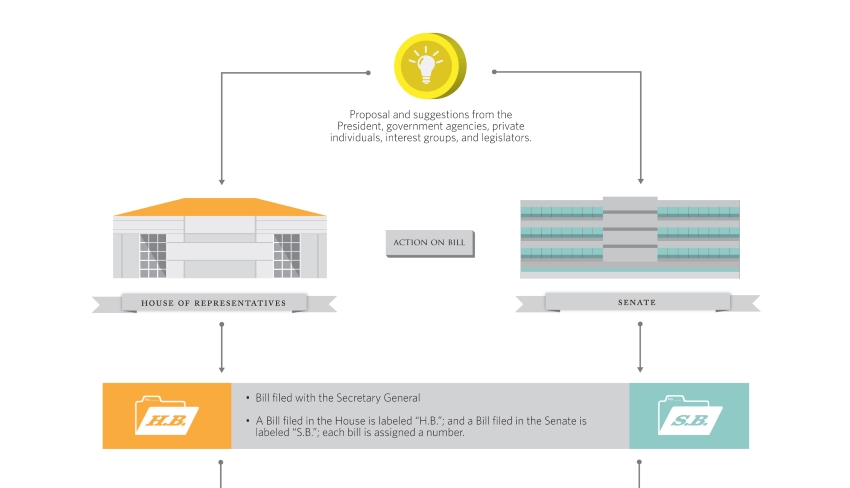 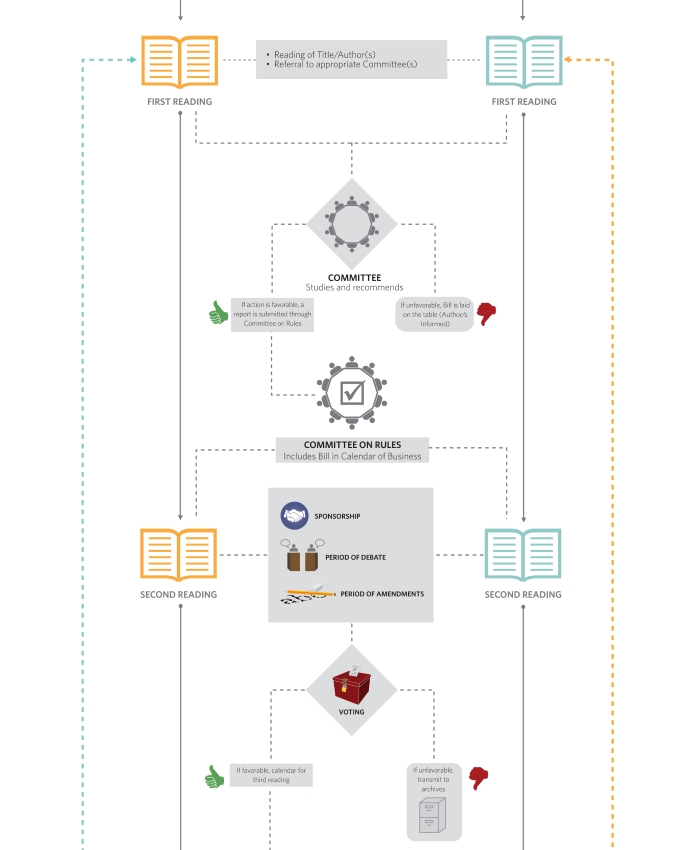 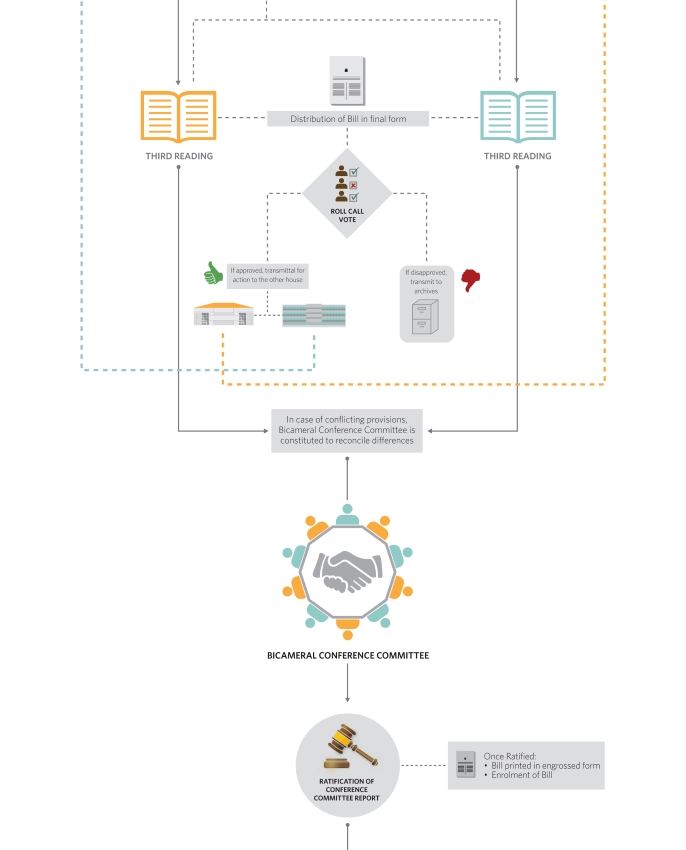 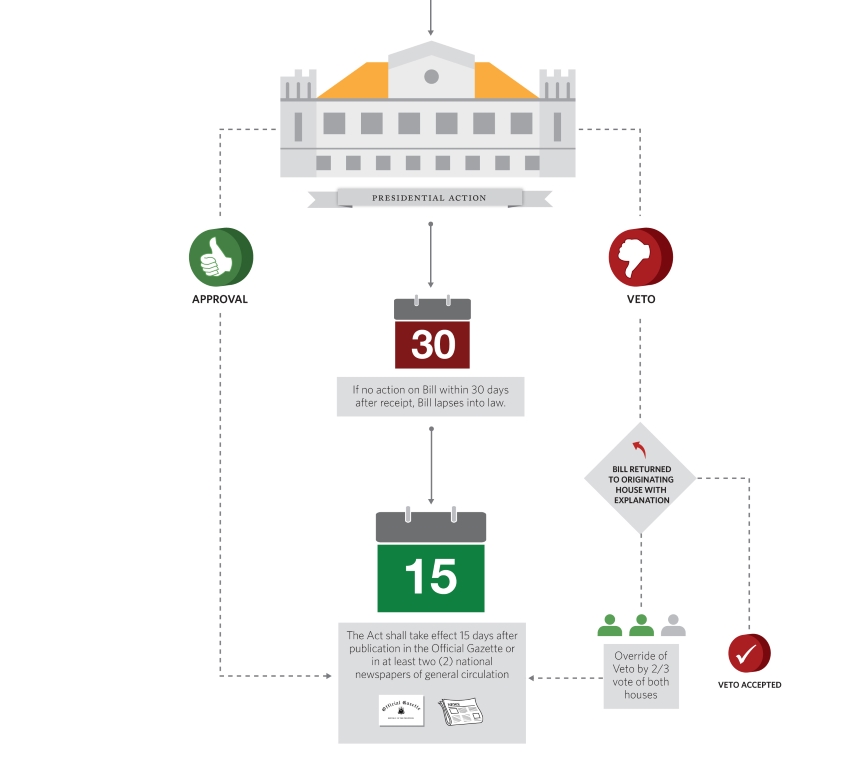