Expats’ Guide: Fines and fees for common traffic violations in the Philippines

Traffic flow in the Philippines is a problem that may not be solved overnight. Driving here is challenging, what with the number of vehicles occupying the city’s lone major thoroughfare: EDSA. 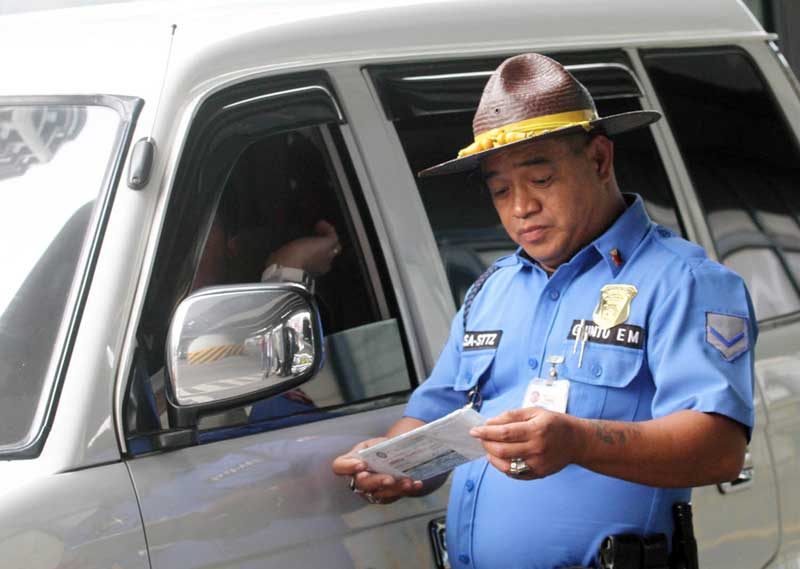 IT’S MORE COMMON THAN YOU THINK. A typical scene along EDSA, besides the droves of vehicles: a violator getting apprehended. (Image grabbed from Carmudi)

This one’s quite common, especially during rush hour. Fight the urge to counter-flow, lest you be slapped with a P2,000 fine and have your license suspended for a minimum of 3 months.

Another common traffic violation, but this one hardly gets reprimanded. It’s also quite easy to get out of, with a fine of only P150.

“It’s hard enough that you’re stuck in traffic, it’s made even harder by these weird traffic signs,” said the driver who can’t be bothered to follow traffic signs. Disregarding traffic signs won’t burn a hole in your pocket with a fine of P150.

This one falls along the same lines as obstruction of traffic, but it carries a much stiffer fine. If you’re caught and your car is not towed (i.e. slapped with a wheel boot), you need to pay P200. If your car IS towed, it’s P500. If you’re caught in the act, however, it’s a stiff P1,200 fine.

This one is something that a lot of people seemingly cannot resist. If you’re in a rush, you tend to ignore the pedestrian footbridge, pedestrian lane, or pedestrian underpass. The P500 fine may deter some people, but the 3-hour MMDA estero clean-up included should make you cringe and not jaywalk.