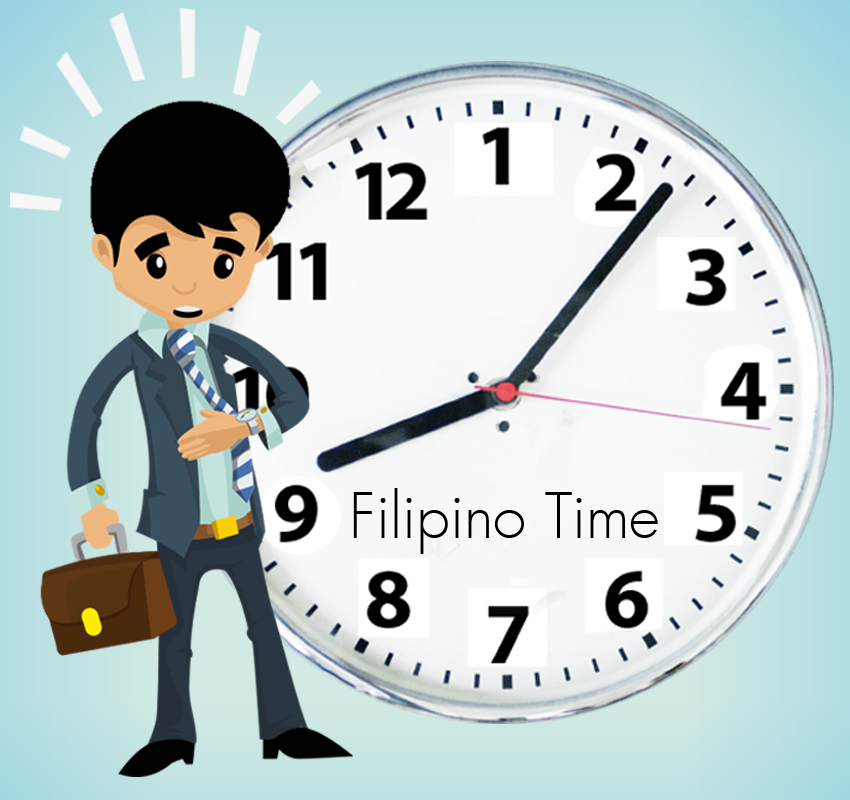 Have you ever had an appointment set at 10:00 in the morning, and as you hurry your way so as not to be late, you find out that the one you’re meeting with wouldn’t be there for an hour or so? Isn’t it infuriating?

Filipino time means being minutes to hours late compared to the standard time. It’s like having our own clock, albeit aware that the right time is the World Standard Time.

In our defense, not all Filipinos are usually late. (Promise!) There are still people who arrive in meetings punctually, although ‘being late’ has become a stereotype to Filipinos already. Historians say that this attitude recounts back to the idea of siesta by the Spaniards that is still present today. 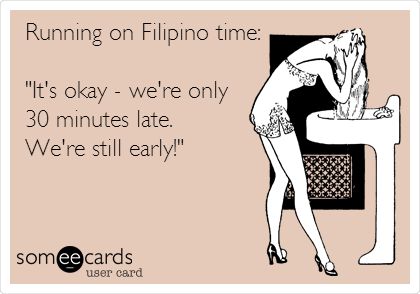 Many factors are attributed to being late in the Philippines. The number one perennial problem is traffic. In this lifetime, about thousands of people may have reasoned out traffic as an excuse for being late as it has always been an everyday dilemma for both commuters and car owners. However, it’s still not an acceptable reason because one can always estimate the travel time and leave earlier than usual. But then again, there may still be other factors to consider such as vehicular accidents or emergencies.

Aside from being late because of traffic, some people choose to be late. And that’s called “fashionably late.” It is not (and never will be) an acceptable reason if it is for an appointment, but it’s somehow acceptable to events such as parties. Imagine having a dramatic entrance at a party with your chic clothes only to find out there’s no one to appreciate it—because you were there before everyone else arrived. Sad, right?

Being late is not a nice trait. And it’s even sadder that it’s being named ‘Filipino time’ even if people from other countries are late just like everybody else. But instead of conforming to the ‘”Filipino Time,” why not change the system? Be there on time, and be strict when you set a schedule. This way, you can help destroy the concept of lateness in the Philippines and be the first one to exemplify punctuality in your office. Let everyone follow because now’s the right time to be on time—not after thirty minutes, and definitely not later than that.

Article by: Tin Valeriano
Photo courtesy of: someecards.com via Pinterest