Get ready for an exciting and a fun-filled weekend coming your way. We’ve listed down some events for you and your friends or your family that you all might want to try and attend to! We’ve got fun fairs and expos, Halloween parties, fun run, and a lot more! Get ready because this weekend is really something to look forward to! 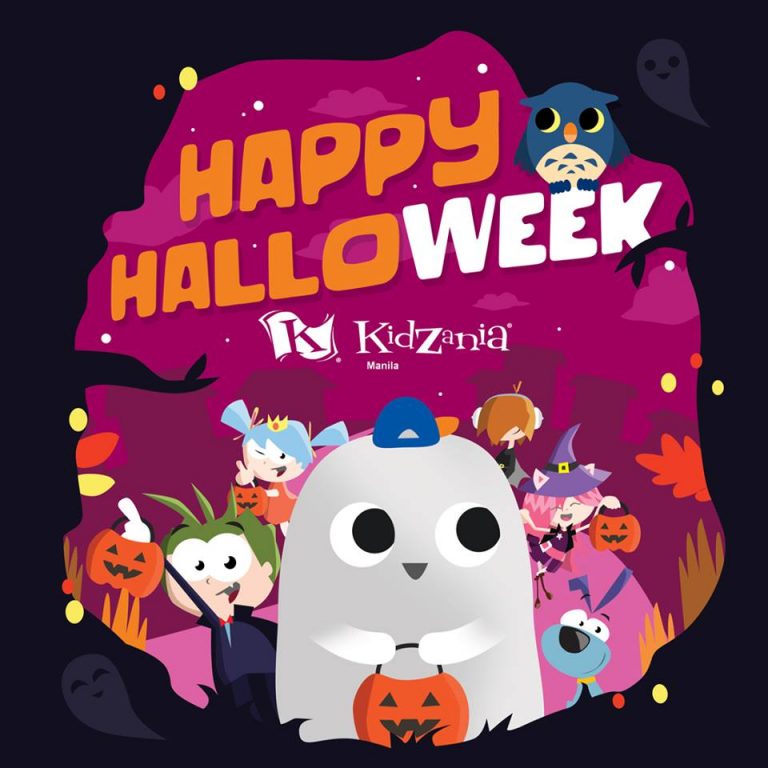 This Halloween season, Kidzania Manila will be celebrating a week-long celebration for tricksters and the young at heart. Happening from October 28 – November 5, 2017 at Kidzania Manila, Park Triangle North, 11th Ave, BGC Taguig City, be part of a spooktacular and exciting event that will leave you wanting more!

Attitude of the Mind (Until December 3) 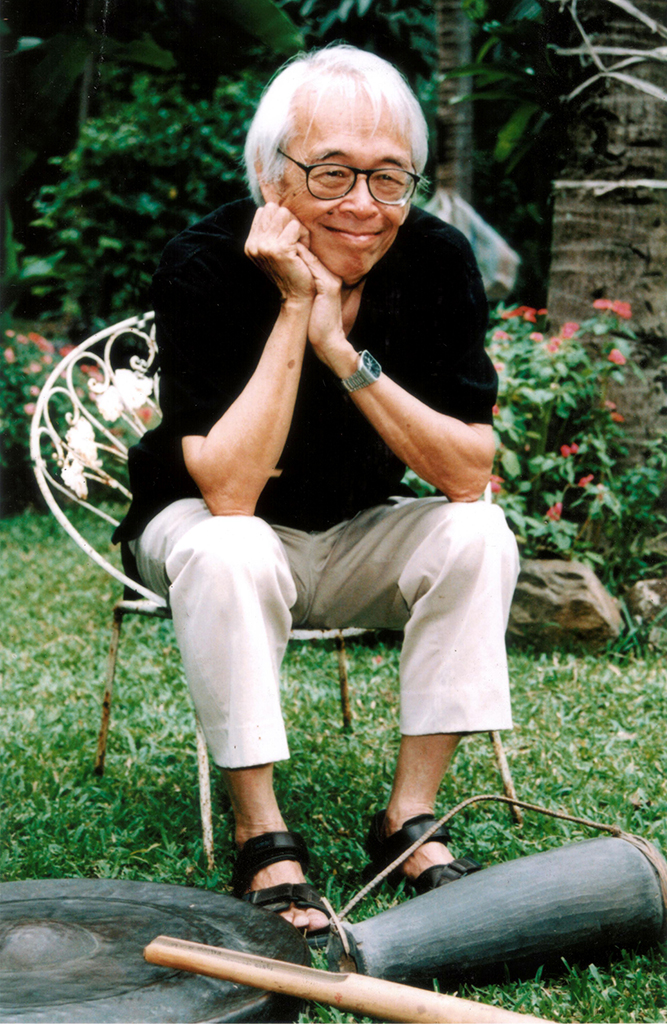 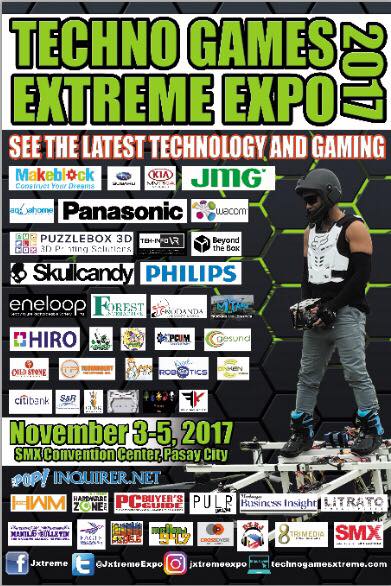 See and experience the latest in technology and gaming in the first Techno Games Xtreme Expo 2017 on November 3-5, 2017 at the SMX Convention Center, Pasay City. Some of the technologies that will be exhibited are: vehicles from Subaru and Kia; Philippines’ first human-sized flying drone developed by KyxzMendiola; An All-new VP experience fromTech Info VR; Interactive pen displays and pen tablets from Wacom; and Gamevice, which will turn your Apple devices into a portable gaming console. 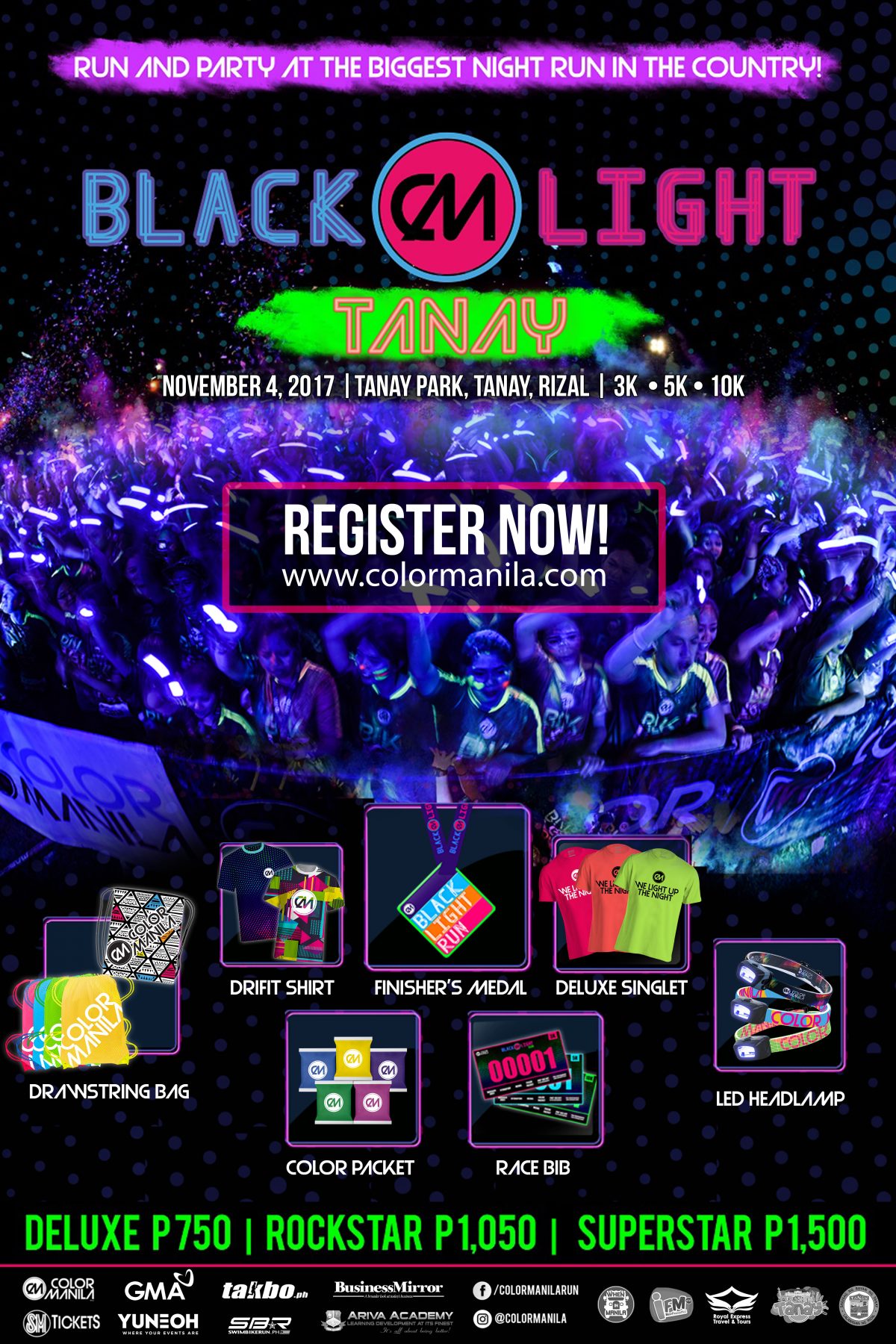 The CM Blacklight Run, also known as the most colorful run on the Planet is  an eye catching and one of the biggest event of Color Manila. Through the blacklight effects, runners will look like thousands of fireflies invading the streets of the metro. CM Blacklight Tanay will give runners the option of choosing between three race finishes- 3K, 5K and 10K.  The fun run will take place at the  Tanay Park in Tanay, Rizal. 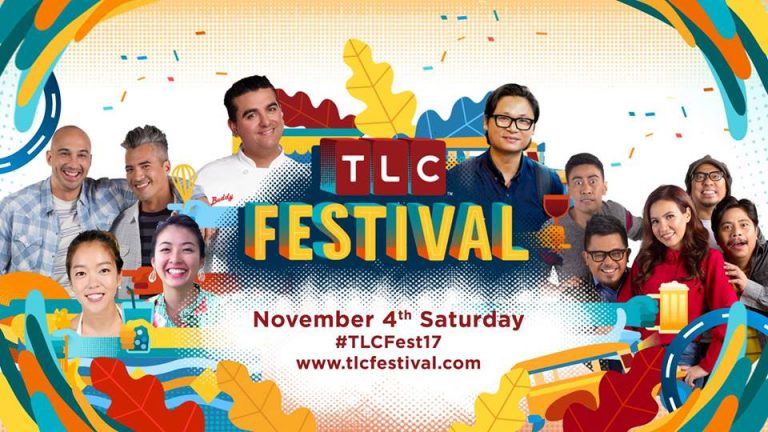 This year’s festival also brings together a taste of various artisanal delights at Street Sarap, where Filipino foodies will be treated to specially made, locally-inspired yet modern dishes and treats. And to complete the lokal experience, Ely Buendia will dominate the evening at center stage. Challenge your taste buds, and experience non-stop adventure in Manila’s biggest food and lifestyle event as thousands of fans, foodies and families congregate at the iconic Bonifacio High Street. 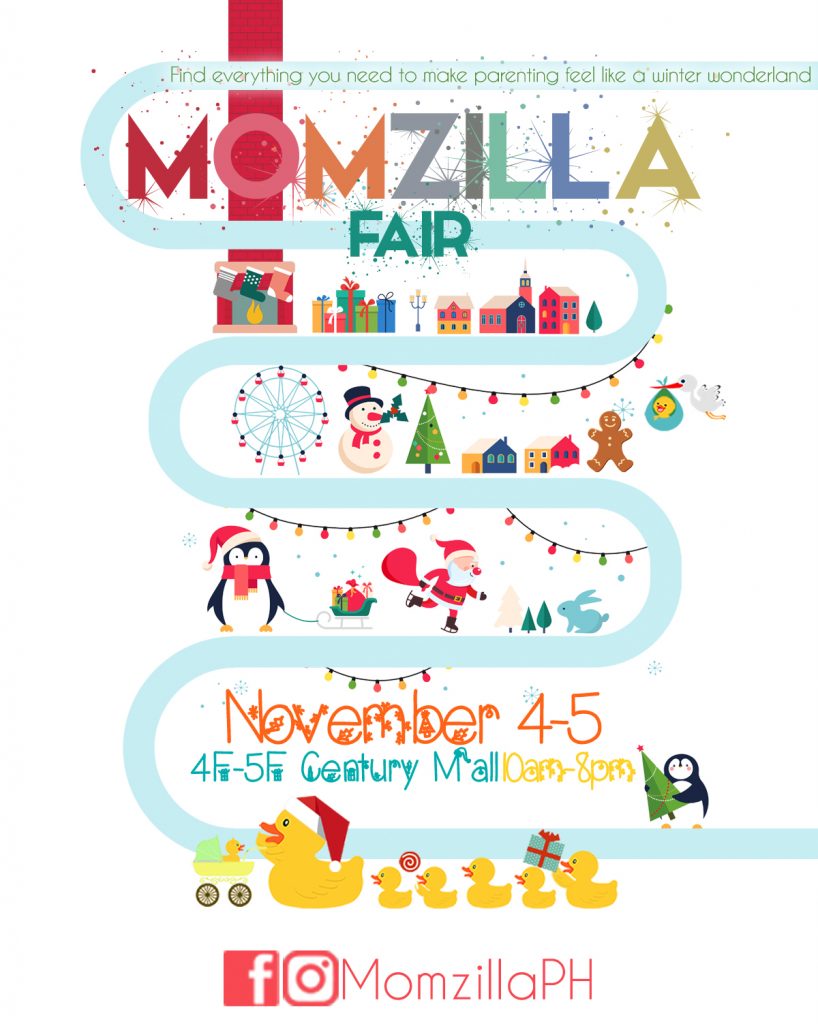 Calling the whole family to visit the Momzilla Fair on November 4 to 5 from 10:00 am to 8:00 pm at the 4th and 5th levels of Century City Mall Makati. Make parenting feel like a holiday and bring the whole gang as Gymboree, Fun Nest and Active Fun have prepared play areas for kids, you can also have your family portrait taken on the spot by Cocoon Studio, brainchild of well-known photographers Pat Dy, Nelwin Uy and Jayson Arquiza. 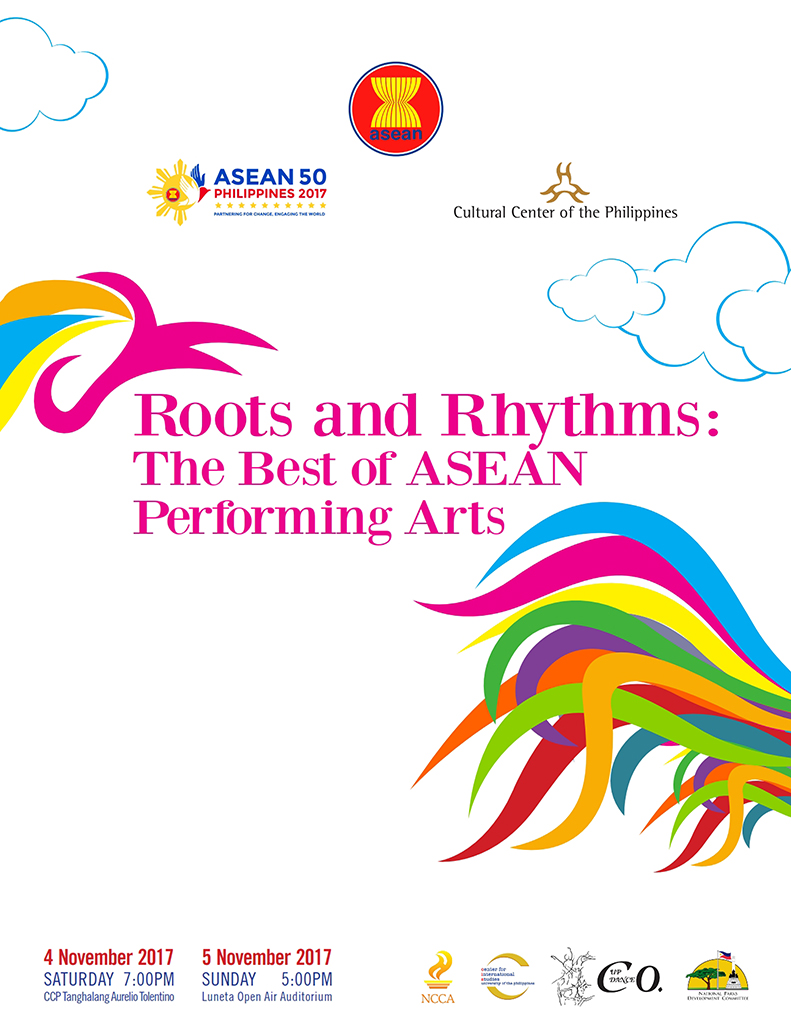 In celebration of the ASEAN’s 50th anniversary, the performance concert showcases the best of ASEAN performing arts among the 10 Member States, namely Brunei Darussalam, Cambodia, Lao PDR, Indonesia, Malaysia, Myanmar, Singapore, Thailand, Vietnam, and the Philippines. The Cultural Center of the Philippines is proud to host the Roots and Rhythms: The Best of ASEAN Performing Arts on November 4, 7:00 PM, at the Tanghalang Aurelio Tolentino (Little Theater), with a second performance on November 5, 5:00 PM, at the Luneta Open Air Auditorium.

The performances are open to the public. Everyone, especially the youth who are expected to lead the ASEAN in the next 50 years, is encouraged to come and watch the “Roots and Rhythms: The Best of ASEAN Performing Arts.” 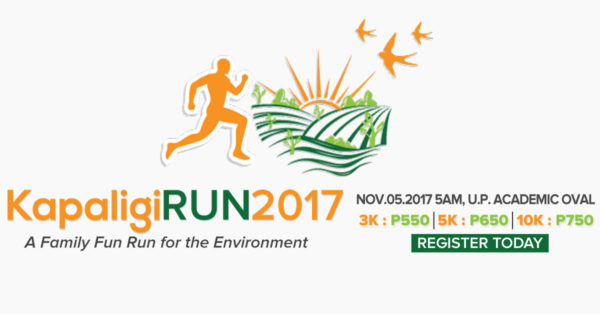 KapaligiRUN 2017 is a Family Fun run for the environment that will be held at U.P. Diliman Academic Oval, Quezon City, happening on November 5, 2017.  This run was the first  is driven to contribute to the change, not only for our environment but also for fitness and the need to rebuild lives and bring together followers of the Lord’s Gospel. Tickets are priced at Php 550 for the 3K run,  Php 650 for the 5K run and, Php 750 for the 10K run. 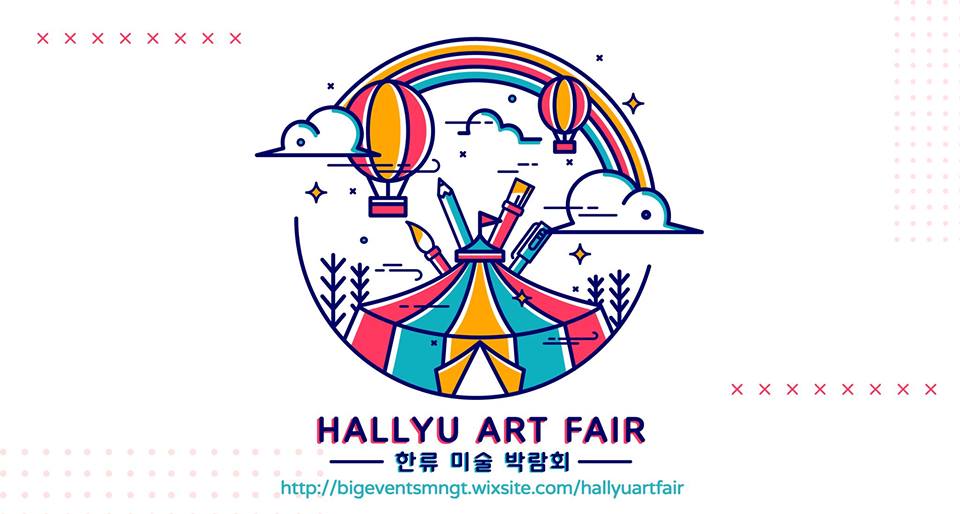 Love Kpop and all things Korean? Then you better be at the Hallyu Art Fair in Whitespace Manila on November 5! The fair is expected to be fun, stylish, and colorful, featuring creations by Filipino K-pop fan artists. You can find exhibitions in six areas: sketches, projected MV (music videos), digital art, music album gallery, photography and memorabilia, and light stick showroom.