There have been plenty of shows, movies, and documentaries about Martial Law and how it left its mark on the country. Most of them focus on the Martial Law years and the events that lead to it; however, there is one show that’s kind of about Martial Law that will give you a new perspective: Carlos Celdran’s Livin’ La Vida Imelda. 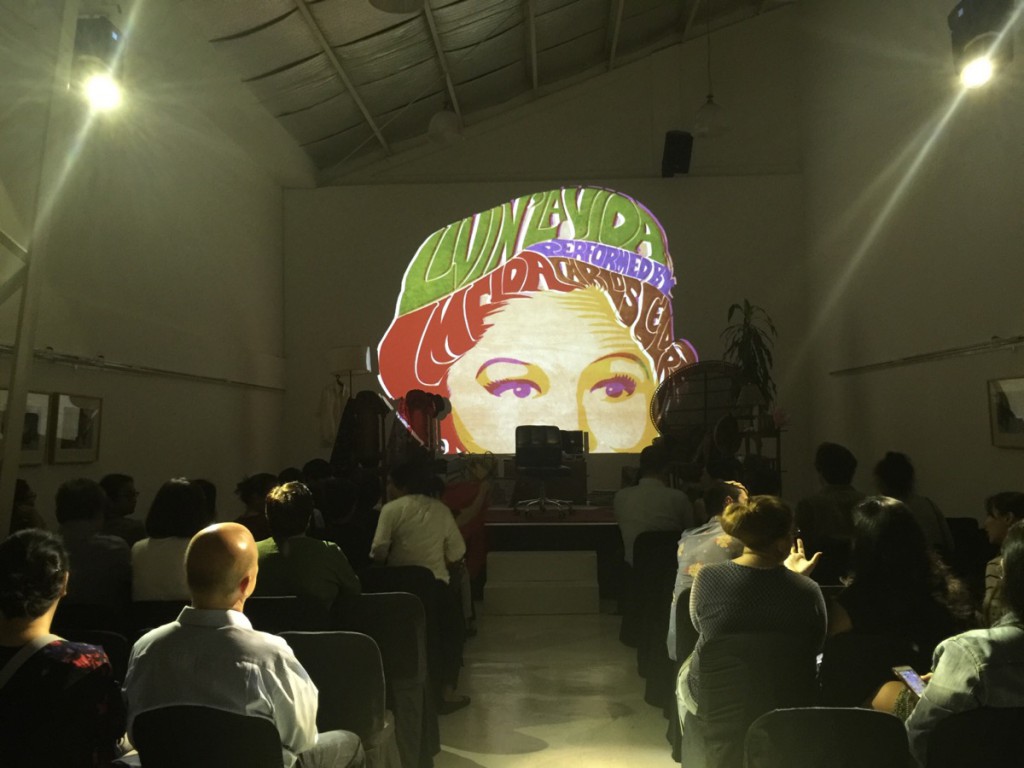 UNOFFICIAL. Livin’ La Vida Imelda has been described as “Gleefully gossipy” by the New York Times.

The one-man show started as a walking tour of the Cultural Center of the Philippines (CCP) Complex. Celdran talked about each structure while also telling people the man (or in this case woman) behind the entire complex: Imelda Romualdez-Marcos.

2009 saw the walking tour being turned into a 7-act play shown in Toronto, Canada. Since then, it has been shown in Copenhagen (2015) and Dubai (Art Dubai 2012). The most notable location, however, was in Broadway (technically, it was off-Broadway performance), where it drew comparisons from another Imelda-themed performance: Here Lies Love by David Byrne. 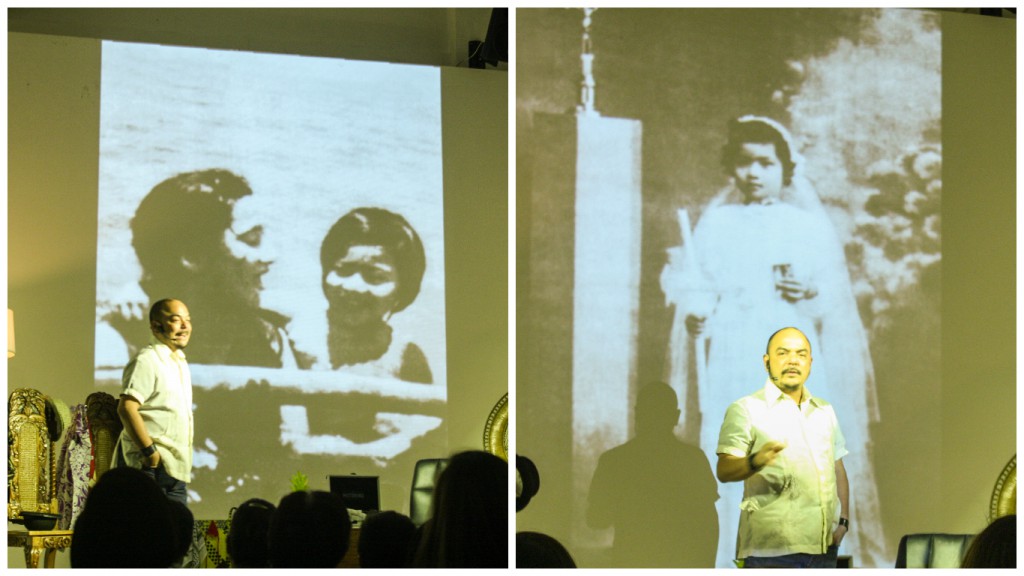 The show starts off with a glance on Philippine history. From there, he talks about the former first lady and her humble beginnings, how she worked her way to the top, and was eventually seen as the quintessential identity of our country; i.e. she was the Manny Pacquiao of her time: a figure closely associated with the Philippines. 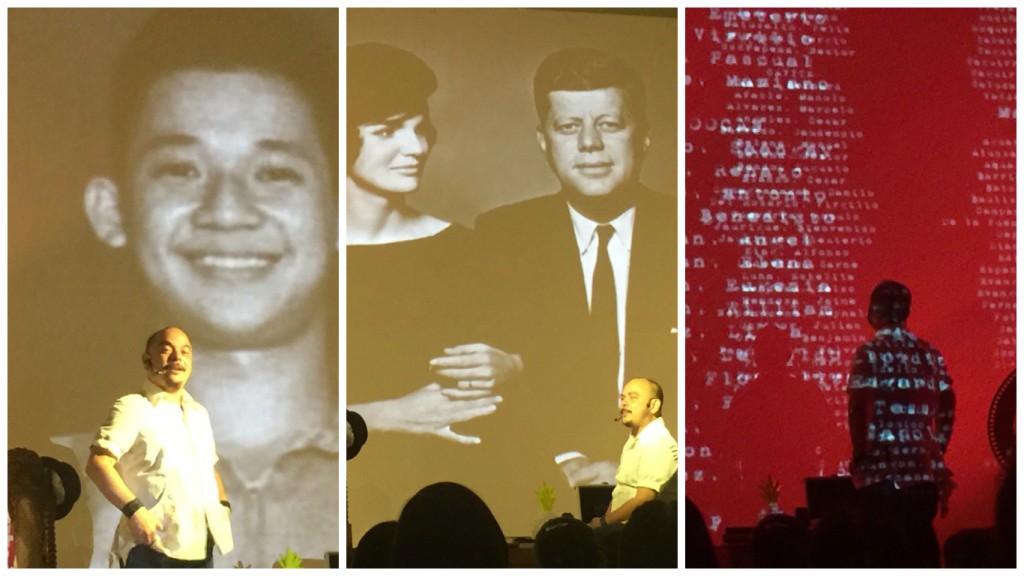 UNLIKELY CONNECTIONS, with a glimpse of Martial Law.

In it, he also talks about 1970’s Manila, Martial Law, and how everything is kind of related to how Imelda wanted our country to be: a beautiful country with an identity of its own… molded by Imelda.

New York Times described the show as “Gleefully gossipy… Mr. Celdran’s charm and showmanship turn it into genuine theatre.” It still holds true, but only to a certain extent. When done in the Philippines, the topics discussed in the performance become that much more relevant. 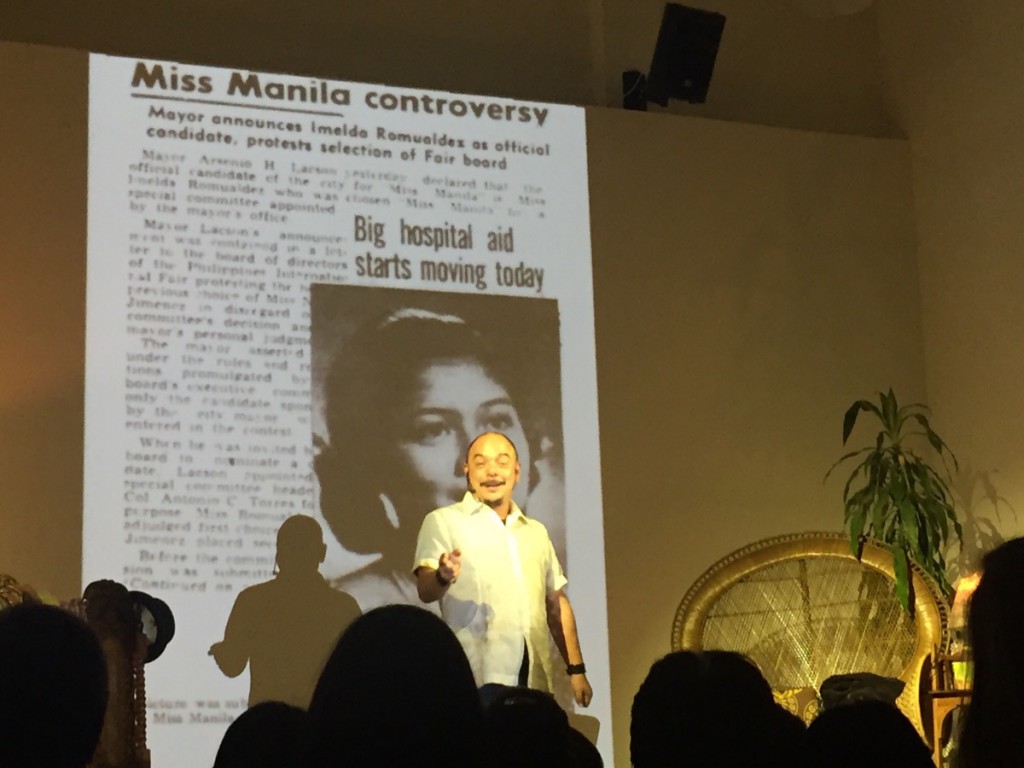 CONTROVERSIAL. The former First Lady wasn’t one to back down, however.

The show itself is really good. Celdran uses slides, quick costume changes, and a stage full of props to tell a story that’s only been told a few times by even fewer people (A Dangerous Life in 1988 and Ruby Wax meets Imelda Marcos in 1996). The slides give context to what he talks about, while music from the era sends people back in time, giving the performance even more context. 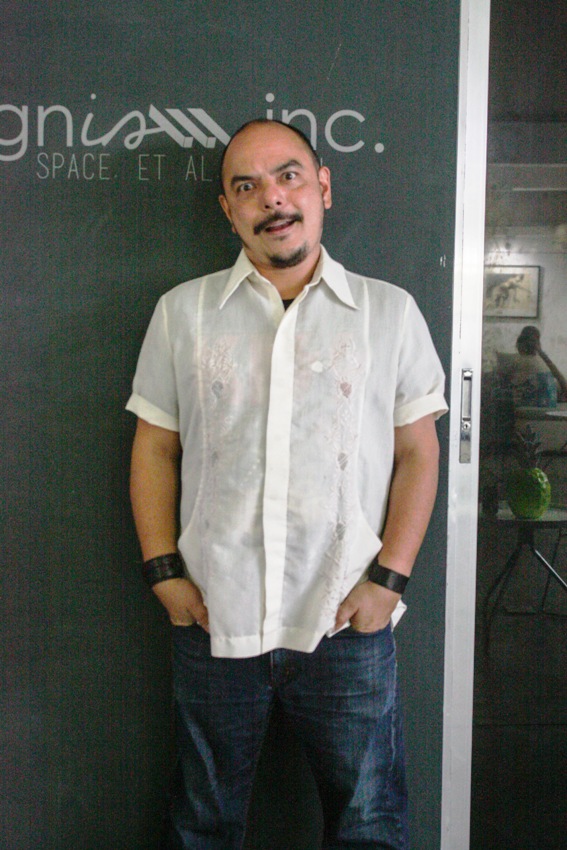 THE MAN WITH THE STORY. Carlos Celdran’s one-man performance is a must-watch, especially for millenials.

The best thing about the performance was what the audience can take away from it. A glimpse into one of our country’s darker times is great, but the performance itself will also get you thinking about how our country can and should be shaped. With the National Elections happening in two months, Livin’ La Vida Imelda’s significance is magnified, especially with how Filipinos have voted in the past.

Livin’ La Vida Imelda is being shown at the Pineapple Lab, located at 6071 R. Palma St., Poblacion, Makati. For reservations, email celdrantours@hotmail.com with the subject “Imelda – date of the show – day of the week”. Payment details will be sent to you via email.