Catch it as Upstart Productions Inc. brings the award-winning musical to the Philippines this September 13, 14, 15 and 20, 21, 22, 2019 to be directed by Topper Fabregas. It is happening at the Maybank Theater, BGC Arts Center, Taguig.

Also read: 5 Musicals to Look Forward to This 2019 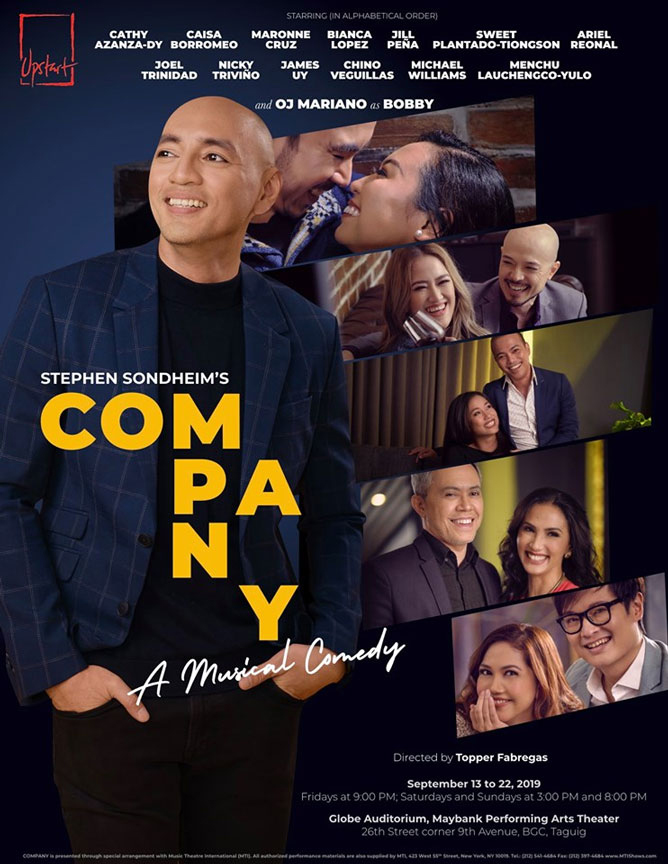 Company revolves around a bachelor named Bobby, played by OJ Mariano, a single man unable to commit fully to a steady relationship or marriage. The musical first opened on Broadway in 1970, where it won six Tony Awards including Best Musical.

The musical garnered a huge following due to its uniqueness as a concept musical. Unlike most musicals that follow a delineated plot, the story of Company is told through a series of short scenes presented in no particular order revolving around the celebration of Bobby’s 35th birthday.

Are you ready to be in good COMPANY? Stephen Sondheim’s COMPANY: A Musical Comedy begins performances September 13, 2019 at the Globe Auditorium in BGC.Get your tickets today at https://bit.ly/2LERVjZ#companyupstart2019For sponsorship, show buying and fundraising opportunities, reach us at upstartproductionsinc@gmail.com

Tickets are now available online and through Ticketworld outlets. Check out the prices: 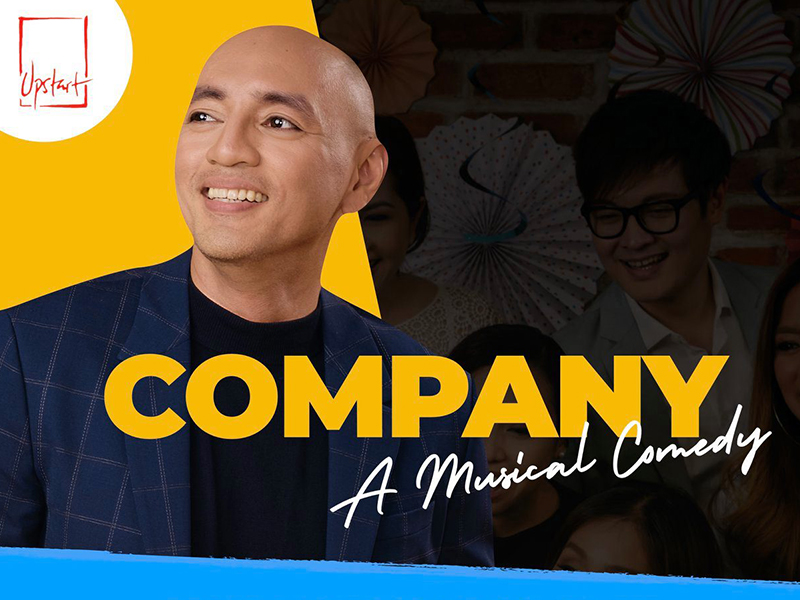 You may also enjoy the Flash Sale Promo for 10% off on the 3rd ticket and 15% off on the 5th ticket purchased, so make sure to bring the whole company over! For more information on the promo, you may contact 0917-811-6516.

Also read: Watch and Be Inspired by Dani Girl: A Musical About Hope