Staying true to its vision of providing audiences with high-caliber productions that reflect the challenges faced by Filipinos, Tanghalang Pilipino brought anew its highly acclaimed musical—Mabining Mandirigma—starting this August 16, 2019 at the Cultural Center of the Philippines (CCP).

The production, which was first played four years ago, will serve as the 33rd season opener for the Tanghalang Pilipino. It is kicking off with the casting of veteran theater actress Monique Wilson as Apolinario Mabini, the lead titular character, in this year’s run. 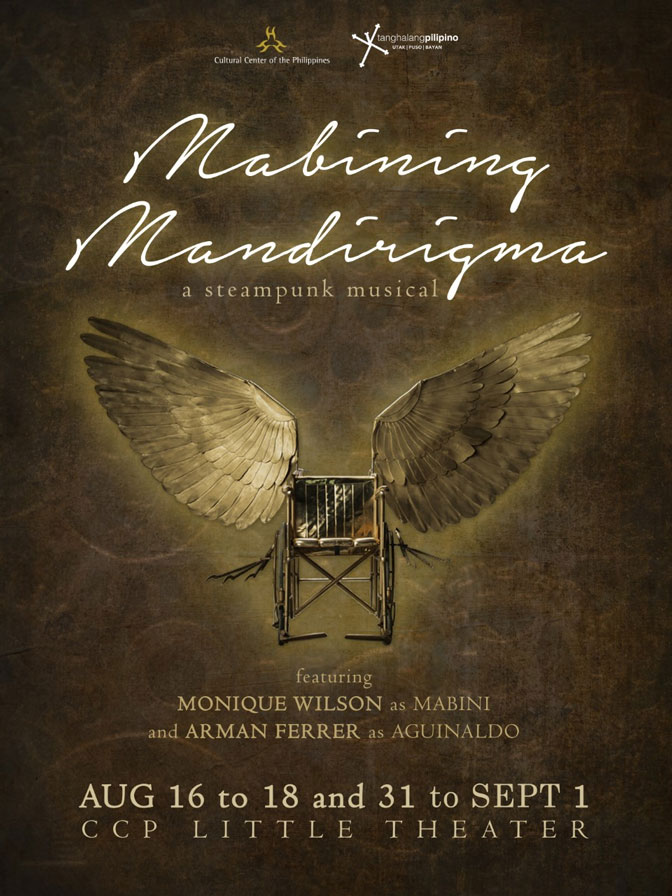 The play explores the importance of the Filipino word “mabini,” which translates to “genteel” or “gentle,” displaying the warrior spirit that belies Mabini’s paralytic body and a principled character so difficult to be compromised.

It highlights the hero’s militancy that others fail to notice as they often described the polio-laden hero as a “sublime paralytic,” a reductionist and simplistic title that does not do justice to the hero’s legacy.

To make the production more interesting, the play takes on the steampunk genre, a sub-genre of speculative fiction, as it depicts the life of Mabini in 1898 where he served as an Adviser, Cabinet President, and first Foreign Minister to President Emilio Aguinaldo.

Mabini, for sure and in all ways, was a man, so why cast a female actor to character Mabini’s role as the production’s prima donna? Tanghalang Pilipino said: “Why not?”

The theater company explained that the hero was an “others” during his time because of his condition. He somehow shared the same status that Filipino women endured during that period. 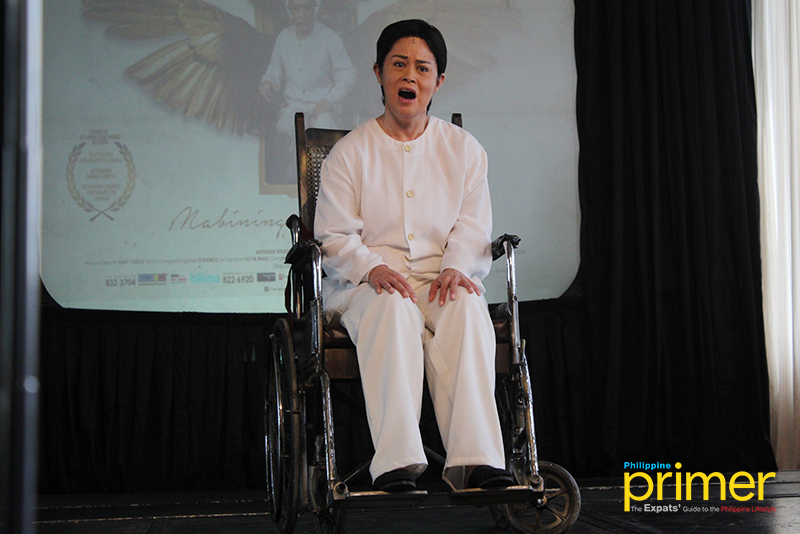 “One of the reasons for this non-traditional casting is that his idea of ‘othering’ would be further explored and would be best ‘experienced’ in a musical when you hear an alto amidst the tenors and basses,” the Tanghalang Pilipino said, noting that Monique will play Mabini.

For Wilson, taking the role of the famous statesman in an innovative, radically creative, and deeply rooted revolutionary musical was already a “fulfillment of a life’s dream.”

“This excited me more than anything because we need artistic works like these in these politically and socially perilous times more than ever before,” shared Wilson, who was last seen as an ingenue onstage for playing Maria Clara in the 1995 musical adaptation of Noli Me Tangere.

“I am hugely honored to be invited by Tanghalang Pilipino to play the role of Mabini, and to be working with the best and most radical creative artists in the industry,” she added. 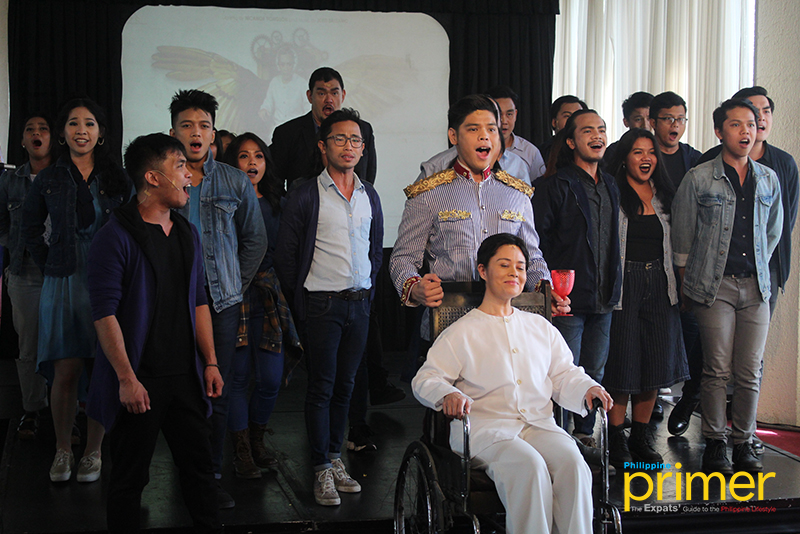 According to the 49-year-old actress, she feels motivated doing the Tanghalang Pilipino’s season opener especially with its theme urging the viewers to fight for equality, justice, human rights, and national sovereignty, and to strive for the preservation of cultural heritage and protection of children against exploitation, abuses, and bigotry.

“It is not only the deepest honor, but the most profound duty, to be called to do what we can contribute to [the] creative resistance and to the awakening of political and social consciousness through art and theater,” she said, stressing the need to free oneself from the “war waging inside our minds and hearts” today.

What to expect this year

Despite being in its fourth rerun, Mabining Mandirigma still proves to be “very relevant” following the recent turn of events in the world.

When asked what makes the stage play “different” from other musicals, Ejay Yatco—who joins to deliver fresh sound and sweet-sounding direction as the new musical director—stressed that the interplay between the historical and contemporary will make the play stand out among others. 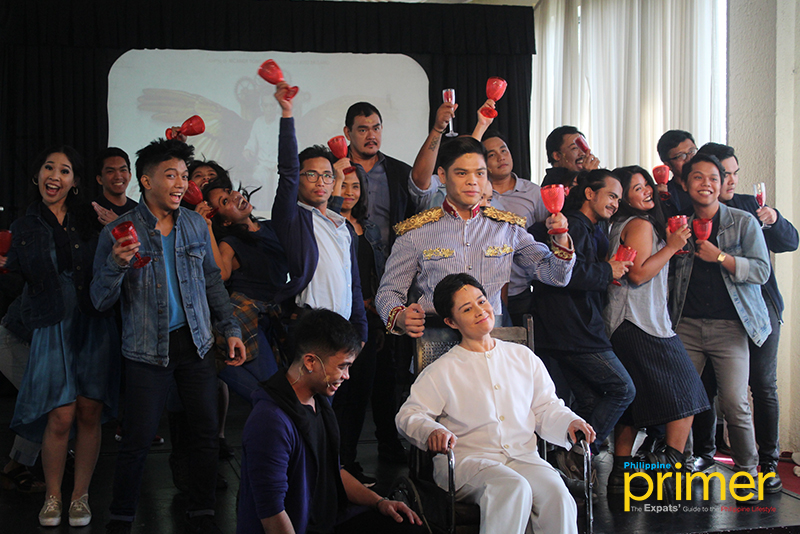 “It takes a beloved piece of our history added with a modern twist to resound with Filipino audiences especially the youth,” Yatco said, pointing out the inclusion of a new rap number, which viewers need to “watch out” for.

With its successful three runs, Mabining Mandirigma was chosen to be among the recipients of the 12 Gawad Buhay Awards, including the Outstanding Musical Award in the 8th Philstage Gawad Buhay in 2016. 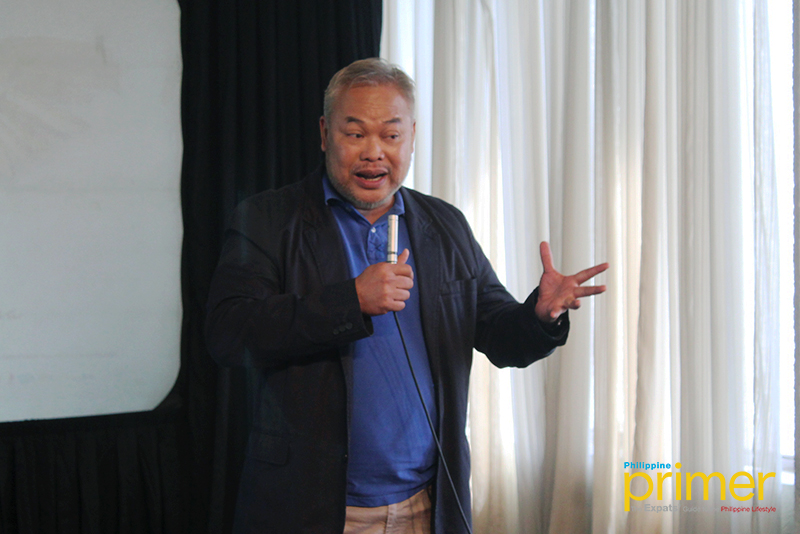 The said production is headed by CCP’s Vice President and Artistic Director Chris Millado as director, Joed Balsamo as composer, and Yatco as musical director.

Aside from Wilson, young tenors Arman Ferrer and David Ezra will also be included in the musical as they play Emilio Aguinaldo.

With the theme “Kamalayang Pilipino” (Filipino Consciousness), the new season exemplifies the intrinsic quality of Filipinos through four separate productions, including Mabining Mandirigma, which will be staged until March 2020.

The plays aim to showcase the values of Filipinos, who have deep-rooted concern and respect for their country, the Philippine heritage, and their fellowmen.

The other three productions are: Katsuri (Of Mice and Men) (October 4 to 27, 2019 ), which is about the friendship grown from two unlikely characters and the circumstances that came with it; Lam-Ang (November 29 to December 15, 2019), which depicts the life and journey of the famous Ilocano hero; and Batang Mujahideen (February 21 to March 8, 2020), which talks about the hardships of young soldiers who are forced to battle in the Muslim-Christian conflict in Mindanao.

On the other hand, showcasing the use of modern elements such as steampunk music and fliptop rap, the fourth run of Mabining Mandirigma will be a tribute to the late fashion and costume designer James Reyes.

The so-called steampunk musical will be staged at the CCP Tanghalang Aurelio Tolentino (Little Theater) from August 16 until September 1. Buy your tickets here.