The pull of the past is ever strong when you are in the present. The trend can be seen from the Philippines’ continuous fight to be reunited with its roots.

From the proposal of a bill seeking to utilize Baybayin– a pre-Hispanic script– as our national writing system, to the production of historical films which reveal the age-old adage, “History repeats itself,” the Filipinos long for a cultural reunion in an attempt to be reminded of who we are.

POSTER/ITY: 50 Years of Art and Culture at the CCP follows the trend of tracing the cultural, historical, and artistic roots of the Cultural Center of the Philippines through a medium, never used before: posters!

By gathering posters of select theater, ballet, musical, and other stage performances of CCP from its inauguration in 1969 to date, POSTER/ITY’s curators have unlocked critical documents that reflect even the socio-political state of a given time in Filipino history. 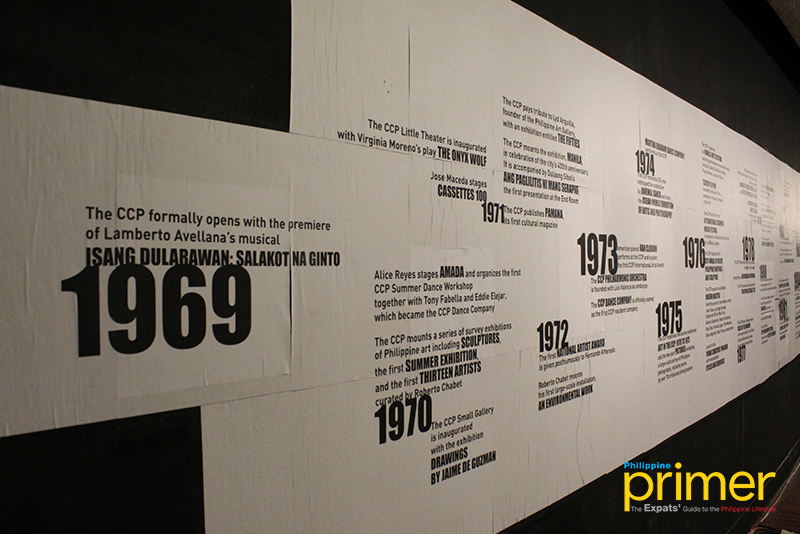 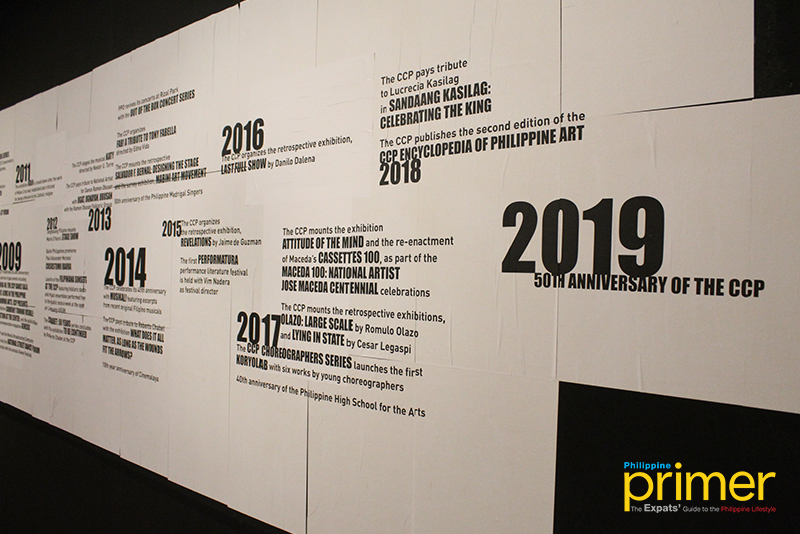 Near the entrance to the gallery, a free space for artists will capture the craftsperson in you. The art of screen printing will be showcased in line with the event. 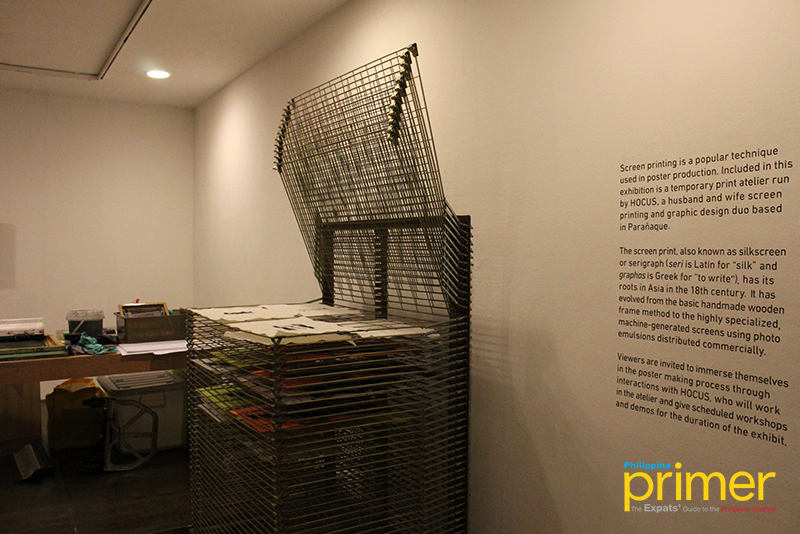 A temporary space is situated on one side of the room for scheduled workshops throughout the exhibit.

Mr. Andrei Salud of HOCUS Manila will be at the helm of the poster-making with the use of the 18th-century-method, which can be experienced through the scheduled workshops throughout the POSTER/ITY exhibit. 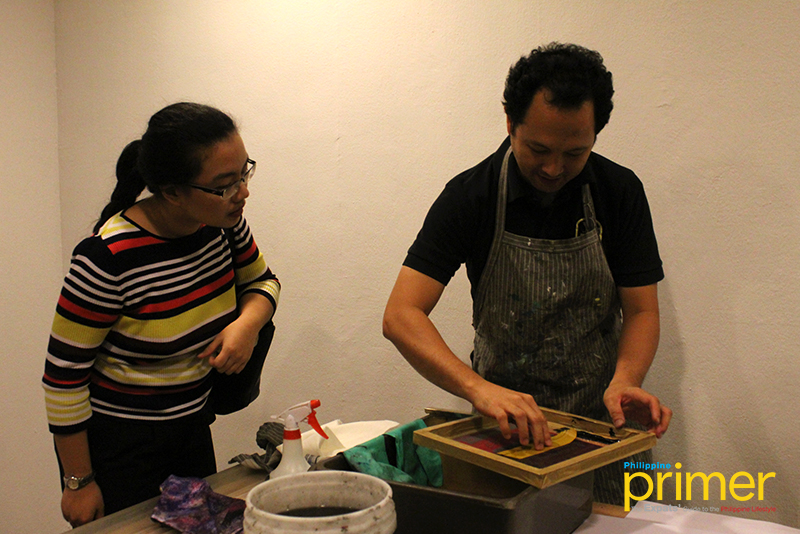 Andrei Salud shows how to use the wooden frame for silkscreen printing. 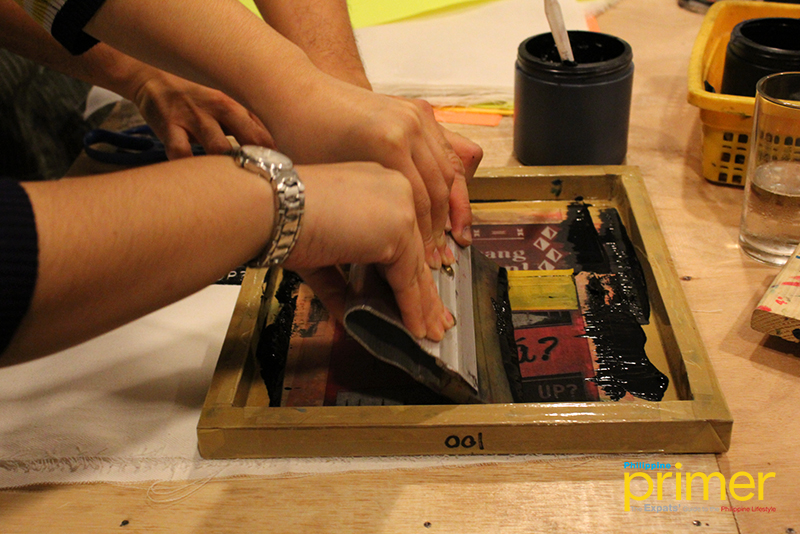 A tool is used to spread textile paint on the screen, which will then be printed on the canvas.

Beside the temporary workshop space is another corner where posters reflect kaleidoscopic chaos on the wall. This is reminiscent of the original, mindless state of posters on walls as seen on the streets of Manila. 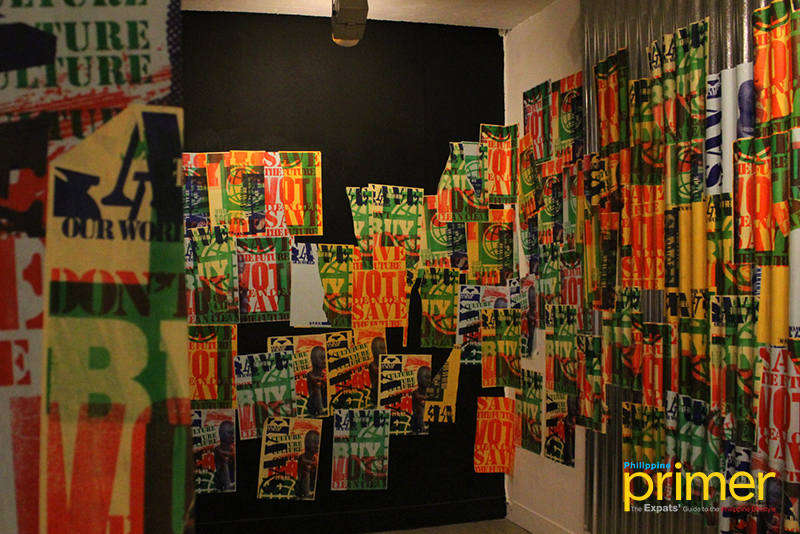 Before entering the exhibit proper, a scale model of a spotless CCP with images projecting against it can be found. Ms. Ringo Bunoan, one of the curators of the POSTER/ITY exhibition, explained what this is all about. 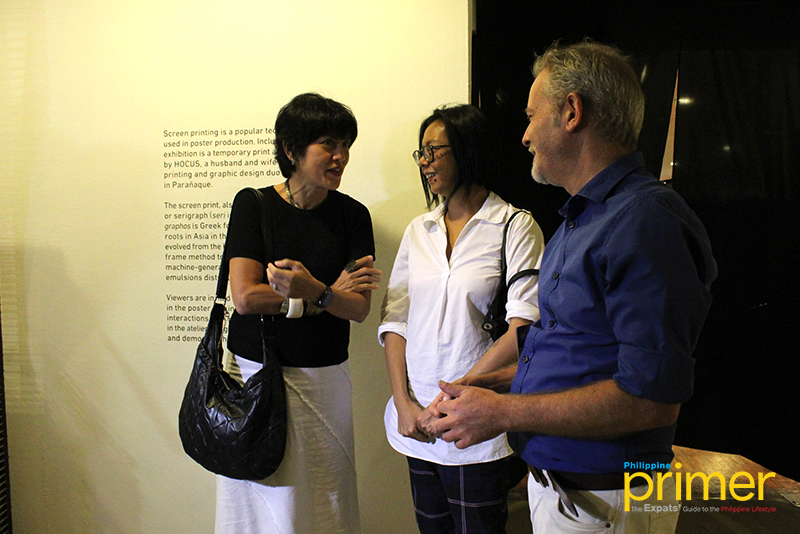 According to her, CCP was undeniably the biggest arts center and 1970s may be known as the “Golden Age of Philippine Art,” but within this era is the unforgettable Martial Law and the storm it brewed up.

This led them to project images of the first quarter of Martial Law and the events succeeding it. 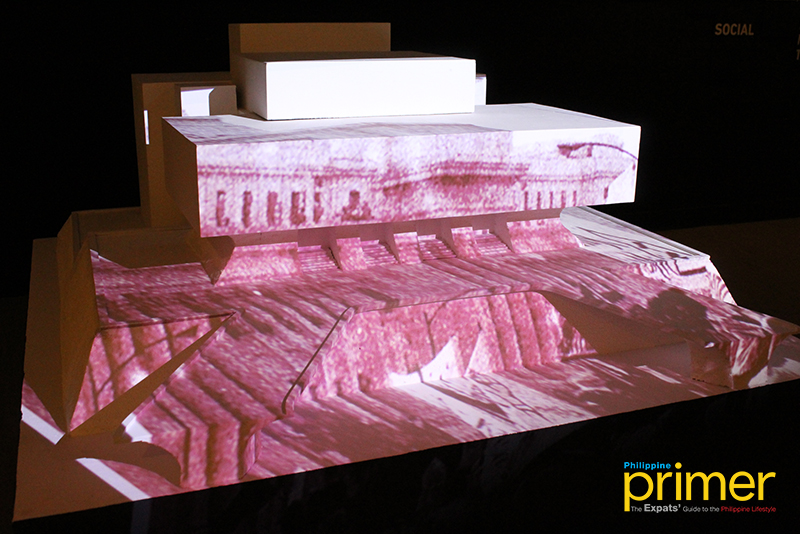 Cultural Center of the Philippines’ scale model with projecting images of the 1972 Martial Law.

This serves as the backdrop of the exhibition, Ms. Ringo explained.

Entering the Bulwagang Juan Luna (Main Gallery), you will witness the mindful craft of the curators who designed one space that tackles what a poster is made of– from its composition, image, text, up until its printing. 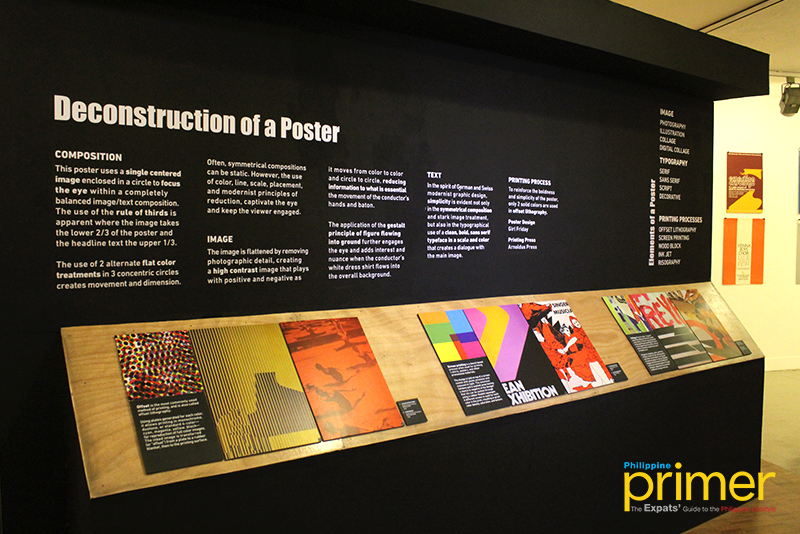 The Deconstruction Wall shows how sometimes, simple elements work better than a burst of information.

From here, posters in the exhibit were curated in a way that you may see the other posters from another side of the room, reminiscent of how posters usually go against each other in the streets and tend to capture your eyes and draw you in. 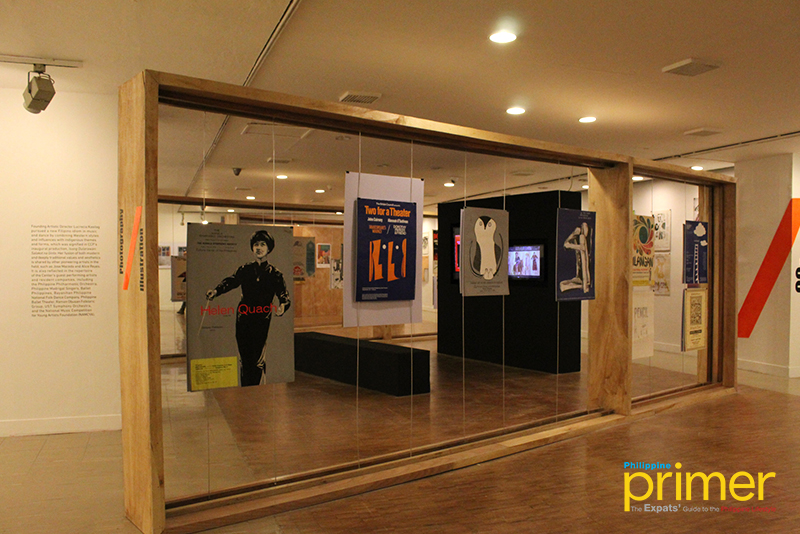 Some posters, on the other hand, are put up on walls just like one of CCP’s earliest posters for the International Music Festival in 1969.

Moreover, more designs by artists Raymundo Albano, as well as Roberto Chabet, are also exhibited, with the latter using images that allow different interpretations depending on how a person sees them. 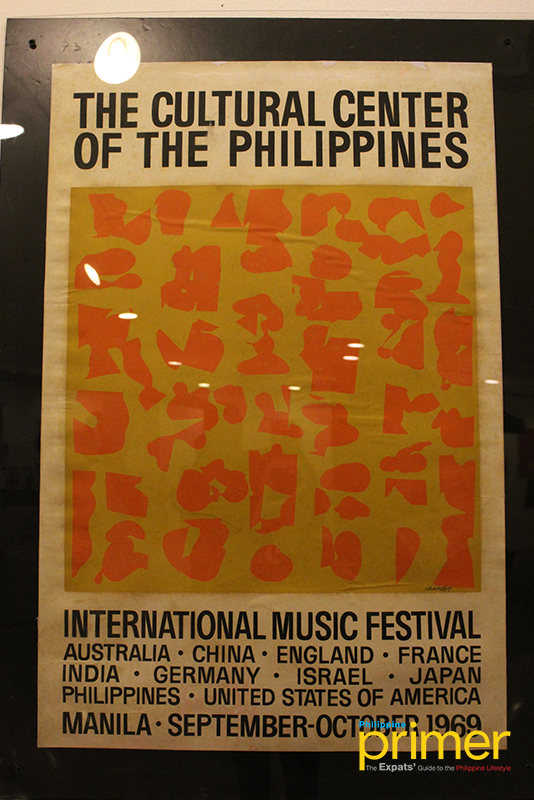 Another interesting area in the exhibit is the audio-visual of actual stage performances placed alongside their posters to let the people observe how the relationship between these two interconnects. This ultimately opens up a new discussion in the evolution of visual designs.

Moreover, the exhibit also divulges more discoveries the more they try to collect these posters! 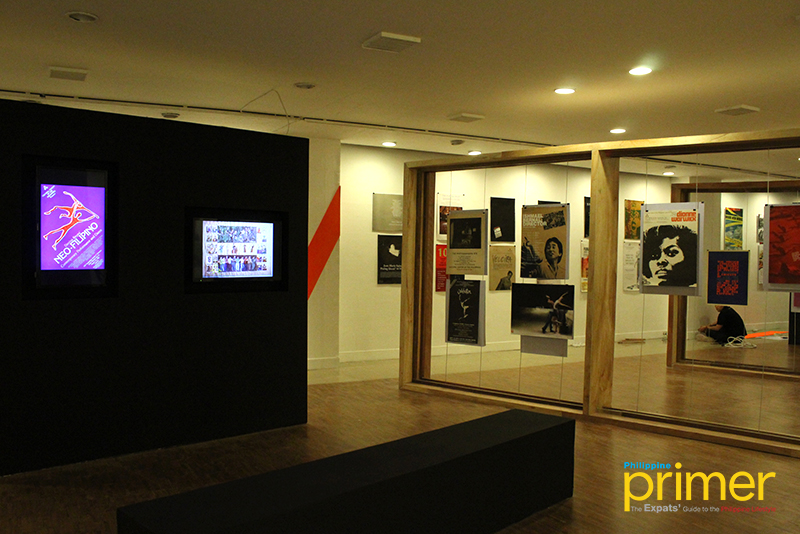 So, Who is Girl Friday?

According to Ms. Ringo Bunoan, one of the things that made it a joy to gather these posters is finding out who Girl Friday is. Girl Friday is among the several artists whose beautiful posters are exhibited inside, and the name itself can spark the interest.

Little did they know that Girl Friday is actually a design studio in the 1970s owned by Franco Patriarca who is a photographer.

Identification of these poster-makers may be one of the challenges posed by the exhibition. Some of the posters even lack data such as year and name of the artist, but surely this is one feat that is not impossible to overcome with CCP’s continuous unraveling of culture and history through art.

POSTER/ITY runs from March 21 to May 26, 2019. Admission is free. For more information, see the details provided below.

What: POSTER/ITY: 50 Years of Art and Culture at the CCP
Where: CCP Main Gallery, 3/F Hallway, and Library & Archives Buffeteria, CCP Complex, Pasay City
When: March 21 to May 26 (10 a.m. to 6 p.m. from Tues. to Sun.)
Ticket Information: FREE
Website: www.culturalcenter.gov.ph