Party for a Cause at the Syzygy Music Festival on February 9!

Syzygy is returning for the third time to bring you another thrilling music concert led by the kings of the popular EDM event Tomorrowland—Dimitri Vegas and Like Mike! 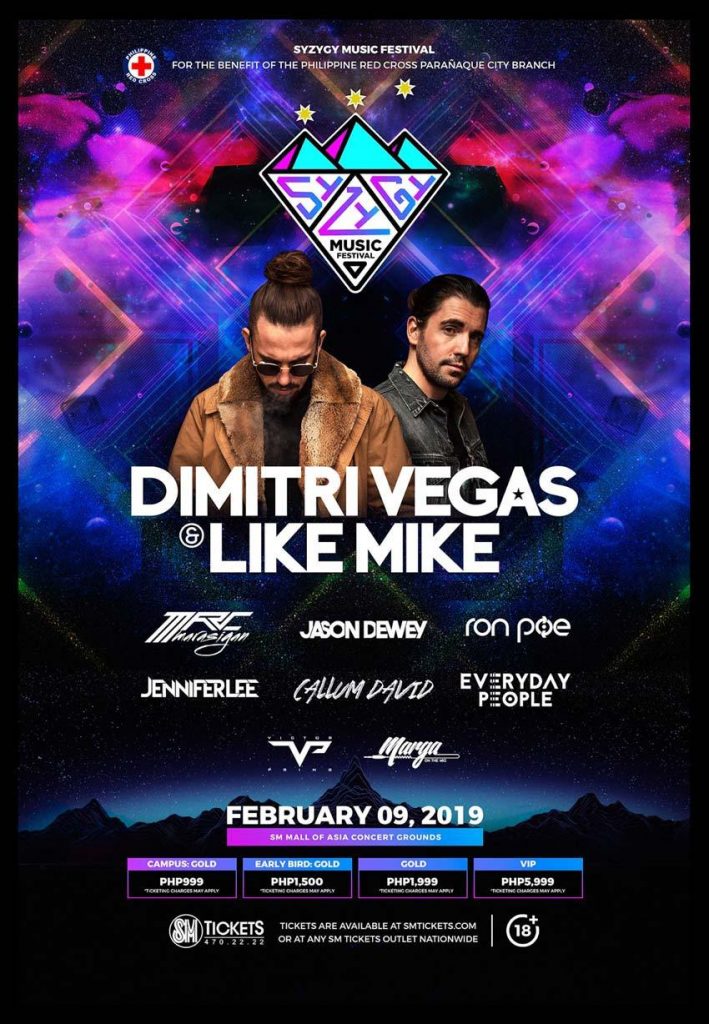 As always, Syzygy Music Festival gives you something to be excited about. And for this year, they are bringing in star-studded artists together like Marc Marasigan, Jason Dewey, Ron Poe, Jennifer Lee, Callum David, Everyday People, Marga, and Victor Pring, alongside Dimitri Vegas and Like Mike.

Syzygy Music Festival is happening on February 9 at the Mall of Asia Concert Grounds in Pasay City. The music festival is organized for the benefit of the Philippine Red Cross Parañaque City Branch.

Tickets are available at SM Tickets online and all SM Ticket outlets nationwide.

So, what are you waiting for? Round up your buddies and party for a cause at the Syzygy Music Festival 2019 this February!