One of Korea’s top girl groups, BLACKPINK is coming to Manila to perform their chart-topping hits at the SM Mall of Asia Arena, Pasay City on February 2, 2019.

This long-awaited concert of the South Korean group is surely something you wouldn’t want to miss as Jennie, Lisa, Rose, and Jisoo are bringing the party to the country!

Since their debut in 2016, the hip-hop girl group has gained immense popularity, quickly topping both local and international charts. This is their first concert tour, and it kicked off last September in Seoul. 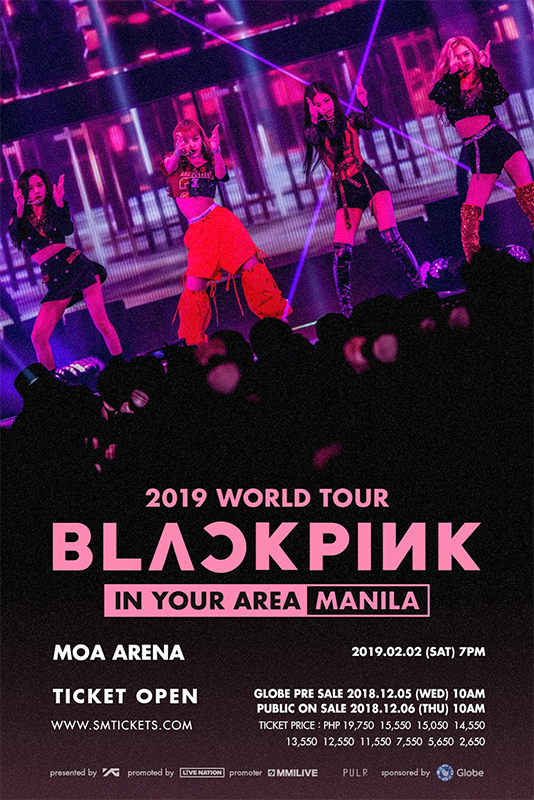 Their first single, Square One included the song “Boombayah”, which hit number one on Billboard World Digital Songs chart. The song also set a record as the most-viewed debut music video by a Korean act.

Other popular songs from the powerhouse group include “As If It’s Your Last” and “DDU-DU DDU-DU”.

Tickets are available at SM Ticket Outlets or online at smtickets.com. Ticket prices range from Php 2,650 to Php 19,750.