Repertory Philippines Silent Sky Is Back on Stage This February 2019

Silent Sky, the critically-acclaimed play by America’s most produced playwright Lauren Gunderson, is back on stage for a limited encore performance line up this February 1 to 10, 2019 at the Carlos P. Romulo Auditorium, RCBC Plaza, Makati City. 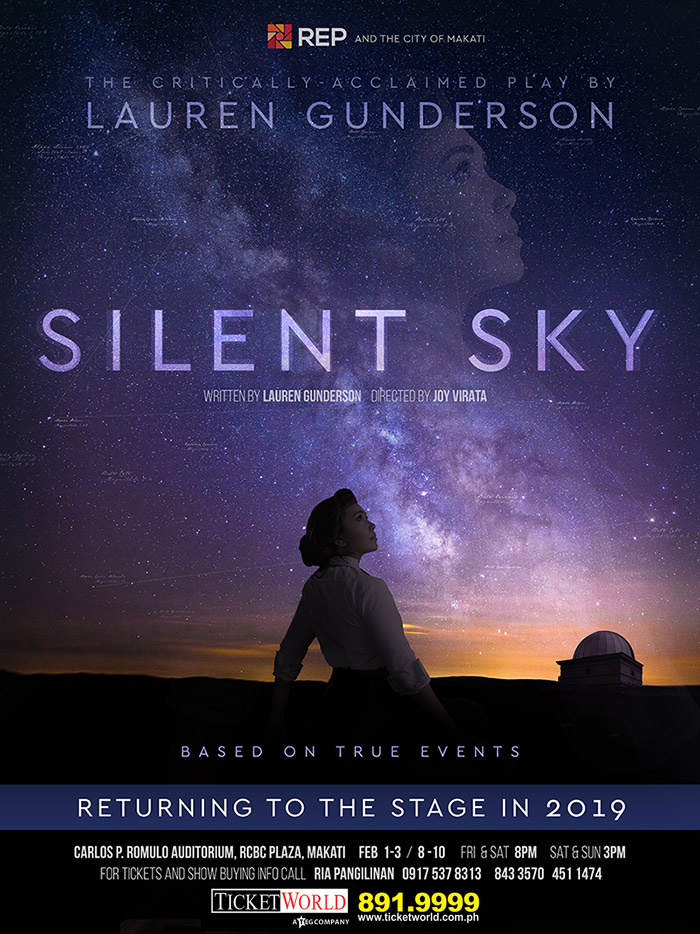 Based on the real-life story of one of the greatest unsung heroes of the science history, Reine Productions, in cooperation with Repertory Philippines, tells the story of Henrietta Levitt, a woman who battled tremendous societal pressure to give up her passion for astronomy, which was heavily dominated by males during the early 1920s.

Her perseverance, dedication, and patience on her research led her to discover one of astronomy’s biggest breakthrough.

This is the second production of Silent Sky, which first premiered last March 2018 at the Onstage Theater in commemoration of the International Women’s Day.

Also read: REP’s Silent Sky: A must-see for the dreamers of the 21st century

This also marks the much-awaited return of renowned actress, screenwriter, and producer Bibeth Orteza to the Philippine stage, who will tackle the role of the brilliant and exacting astronomer Annie Cannon. 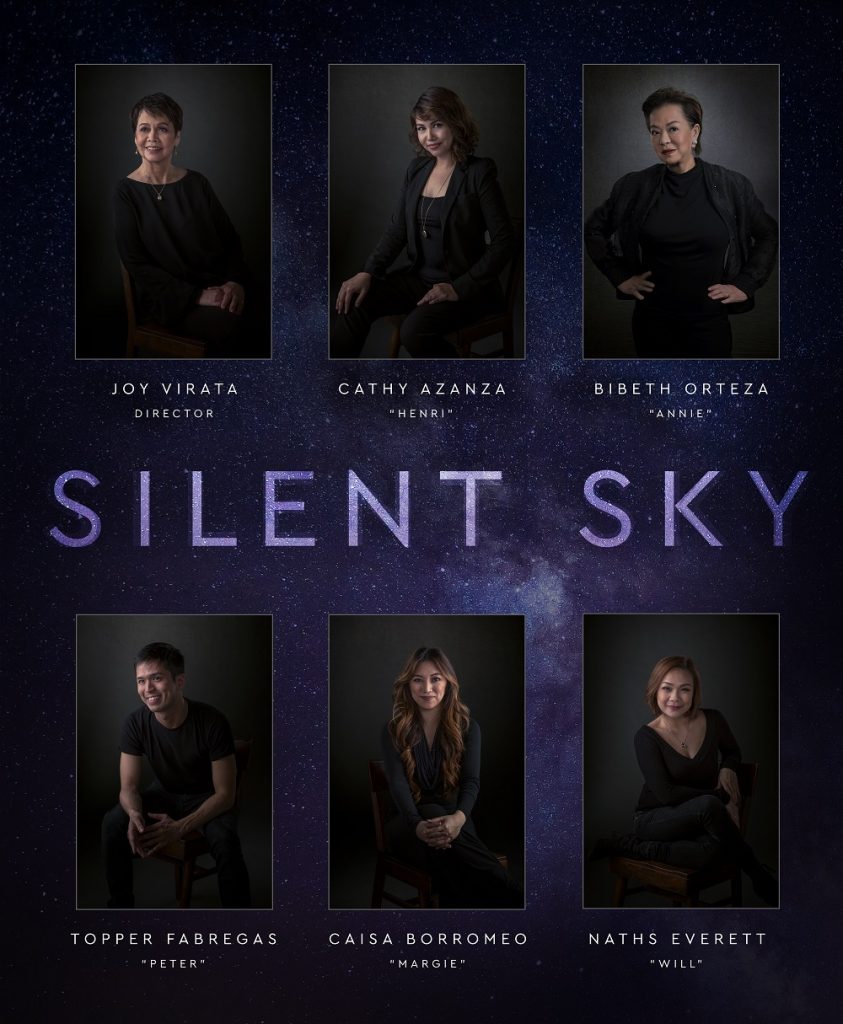 Tickets are available at Ticketworld through 02-891-9999 or ticketworld.com.ph, with seat prices starting from Php 2,000 for Orchestra Center, Php 1,500 for Orchestra sides and Lodge, and Balcony at Php 1,000. Student rates are also available.

For inquiries regarding the said event, you may contact Silent Sky executive producer Ria Pangilinan at 0917-537-8313 or email at riapangprojects@gmail.com. You may follow them on their Facebook for updates.

This is a press release. Minor edits were made prior to publishing.
Images courtesy of Silent Sky MNL.