Sing and dance your HEART OUT as The 1975 is back in Manila! This is the band’s fourth visit in the Philippines, and true enough, fellow fans are screaming to the idea of them serenading the country once again.

The British indie rock band is set to take the Mall of Asia Arena stage on September 11, 2019 as part of their Asia tour for their third and latest album A Brief Inquiry Into Online Relationships. 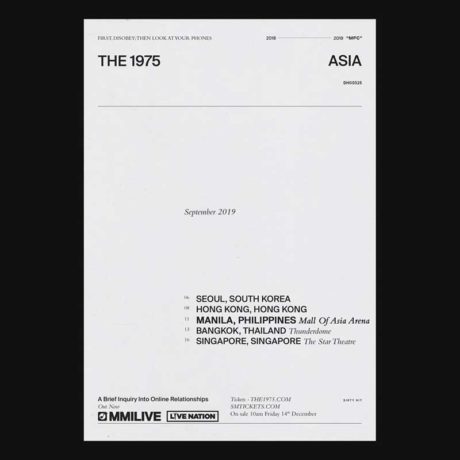 The band is no stranger to Manila as they first performed in the country through a series of mall shows back in 2014. This was followed by their first headline show in 2015 and a performance in the In The Mix in 2016.

Also read: In the Mix

Tickets are now available at all SM Ticket outlets and SM Tickets online. Ticket prices are as follows: 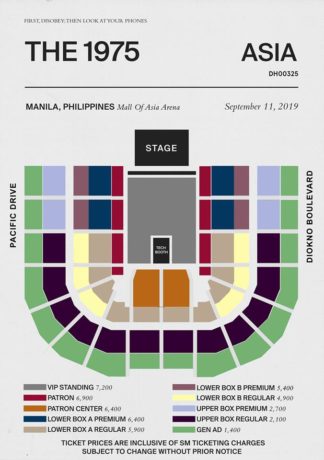 The band is known for their chart-topping hits Chocolate, Heart Out, Somebody Else, and Love Me, as well as their latest songs Give Yourself A Try and It’s Not Living (If It’s Not With You), among others.