Catch Panic! At the Disco, James Bay, The 1975, third Eye Blind, and so much more at In the Mix that’s happening in August 18, 2016 at the Mall of Asia Arena. Rock on and sing your heart out together with these amazing musicians in a night of music and party. Sing along with the 1975 as they perform their songs “Settle Down,” “Love me,” and “Robbers.” Continue the party with Panic! At the Disco with some of their most popular songs, like “Nine in the Afternoon” and “I Write Sins Not Tragedies.” Relax a little with James Bay and back to rocking with Third Eye Blind in this one night event. 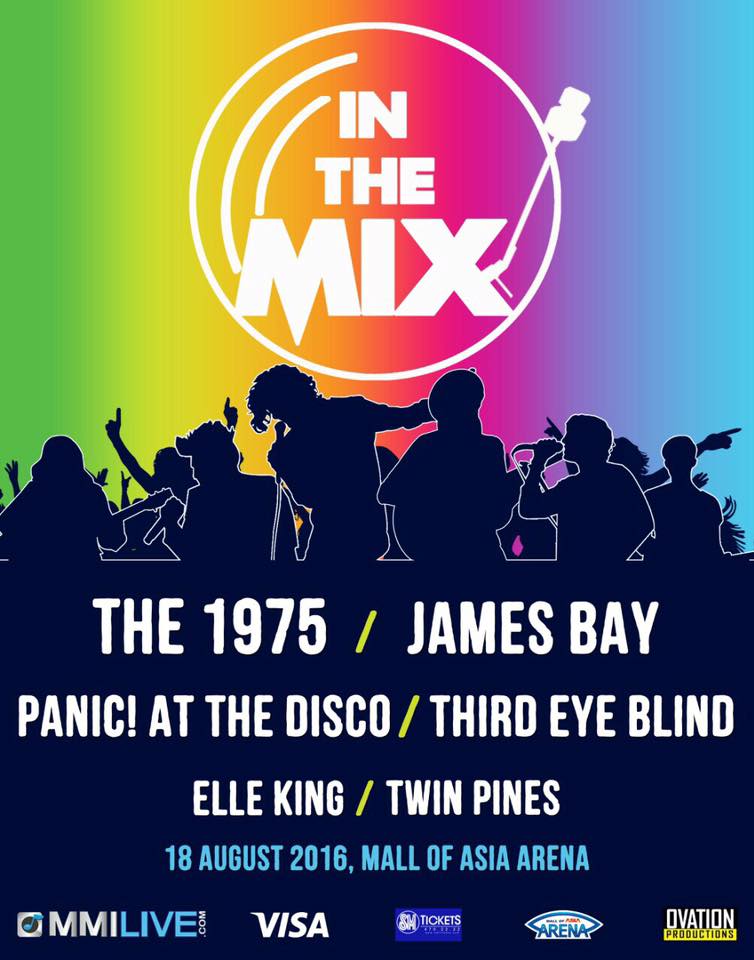 How else would you get some of the most amazing musical acts on the planet in one show and in one night? Grab the opportunity, get those fan shirts washed and pressed and head on to the Mall of Asia Arena for a night or rock and good music that’ll make you not want it to end! Get your tickets now! Pre-selling will be from May 18-20 and they go on sale on May 21.