Manila is the capital of the Philippines and one of the most populous metropolises in the world. Having been ruled by Spain, the United States of America, and Japan—all of which left behind a part of their culture in the city—Manila is a melting pot of both Oriental and Western cultures. Manila is known for its mix of old and new traditions, the warmth of its people, and, most importantly, its breathtaking tourist spots. So today, we’re showing you some of its most popular hubs, which you should visit if you ever find yourself in this crazy, beautiful place. 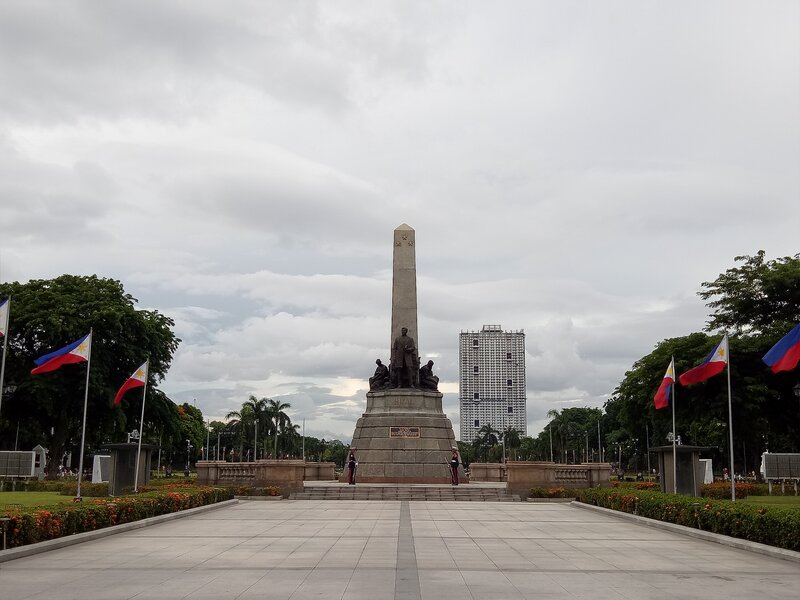 Popularly known as Luneta, Rizal Park is the city’s most iconic urban central park situated along Roxas Boulevard in Malate.  It is specifically dedicated to Jose Rizal, the highlight of the park is the central Rizal Monument that houses the remains of the national hero. It’s guarded by sentries and has a flagpole in the middle. This urban park is also one of the largest green spaces across Asia which boasts of ornamental lawns, beautiful fountains, well-maintained gardens. and paved paths, statues of historical figures, a Central Lagoon with musical fountains, as well as an orchidarium. 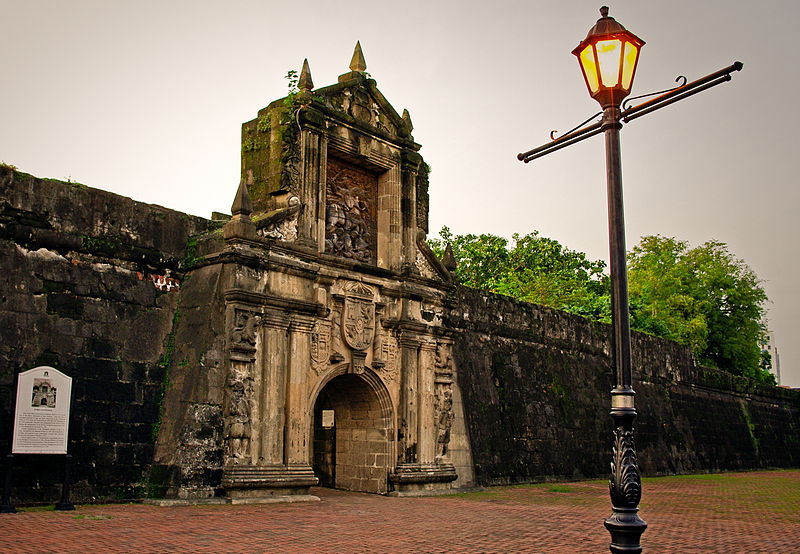 Originally built in 1571, a year after Manila became the capital of the Philippines, Fort Santiago is one of the oldest historic sites in Manila. It was heavily fortified and used as a defense fortress during the Spanish colonial period. This for was originally made of palm logs and earth until it was destroyed by Chinese Pirates. It was then rebuilt as an impenetrable structure made of thick slabs of stones. A moat was also used to stop invaders from accessing the fort. The stone walls of the fort have many structures including the famous Rizal Shrine which is dedicated to Jose Rizal. 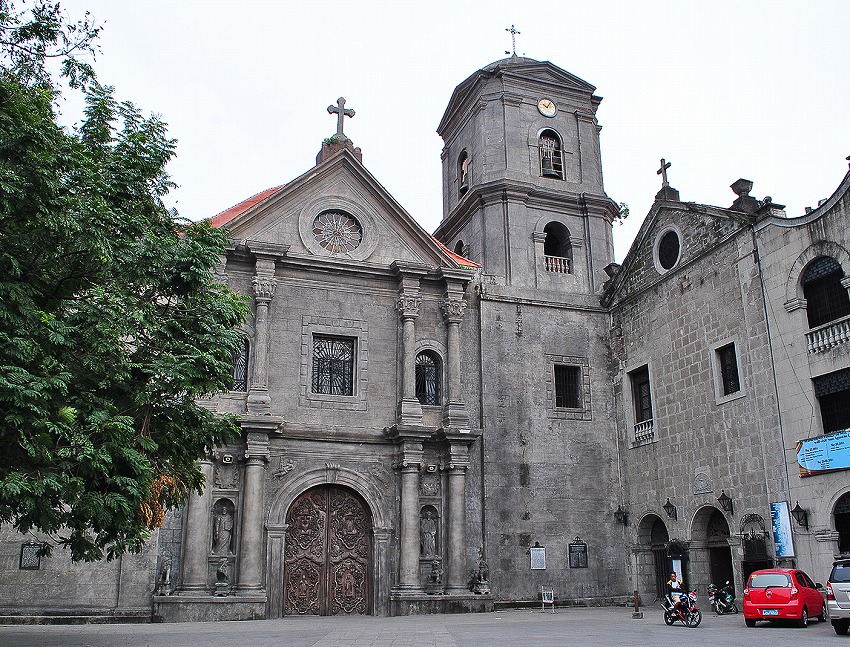 Located inside the walled city of Intramuros, the San Agustin Church, which was built between 1587 and 1606, is considered the oldest Catholic church in the Philippines. This church is also a national landmark and a UNESCO World Heritage Site, thanks to its Baroque-style architecture. The church is still in use and visitors may catch a glimpse of a mass or wedding in progress! 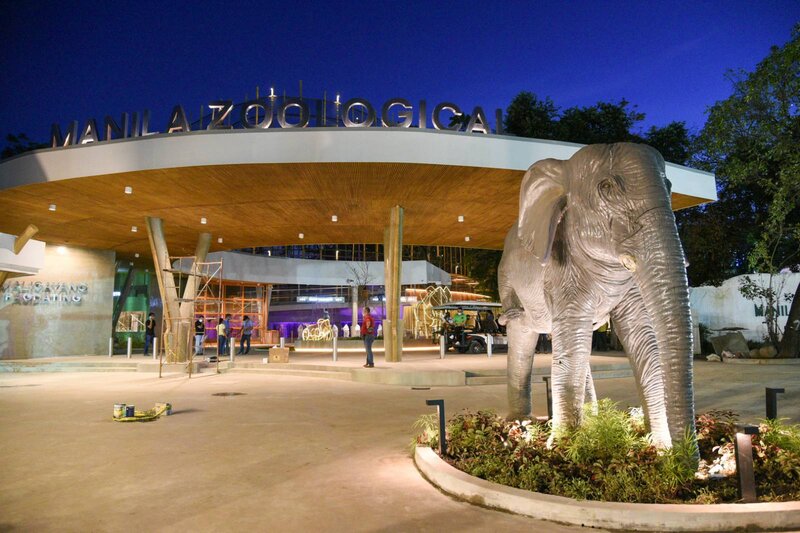 Formerly known as Manila Zoological and Botanical Garden, Manila Zoo is a 14-acre zoo in Malate which was opened on July 25, 1959. It boasts of a rich wildlife and is home to hundreds of species of birds, mammals, and reptiles. Within the zoo, you will find aviaries, a botanical garden, arboretum, among others where you can see a variety of local and international flora and fauna. It also houses the Wildlife Rescue Centre which rescues injured, sick, and abandoned animals. Among its diverse roster of animals includes crocodiles, hippopotamuses, herons, tigers, monitor lizards, Malayan civets, and an Asian elephant named Mali.

Found inside the walled city of Intramuros, Manila Cathedral is the seat of the Archbishop of the Archdiocese of Manila, who is regarded as the Roman Catholic primate of the Philippines. The Basilica was originally built in 1571 but has evolved, and the current structure is its eighth iteration, having survived countless earthquakes and other man-made or natural calamities such as wars, fires, and earthquakes for more than 400 years. The cathedral is a stellar example of Neo-Romanesque architecture and is admired by architecture buffs across the globe. 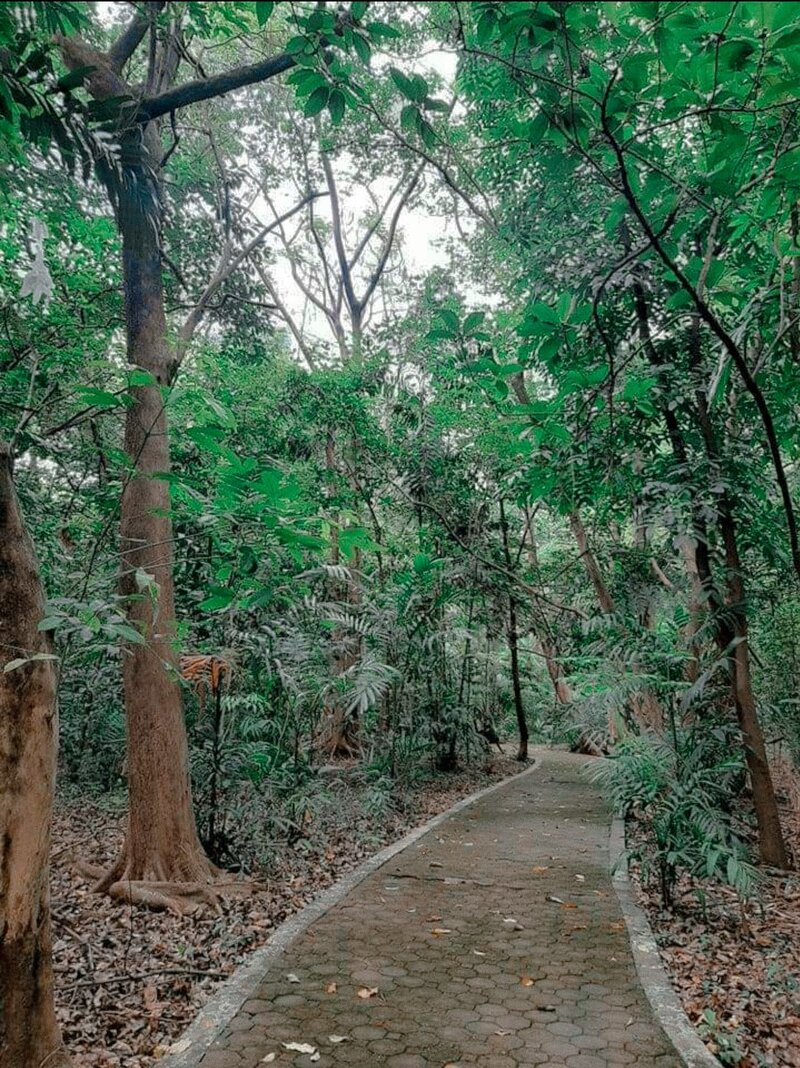 Situated along Antonio Villegas Street in the central district of Ermita, Arroceros Forest Park is a verdant oasis in the heart of the concrete jungle of urban Manila, providing the much-needed green lung space in this bustling city. It homes more than 60 species of trees, over 8,000 plants, and numerous kinds of small reptiles and birds. With its shady trees, coupled with the eerie yet tranquil silence it provides, this park is also considered one of the most romantic places in the city. 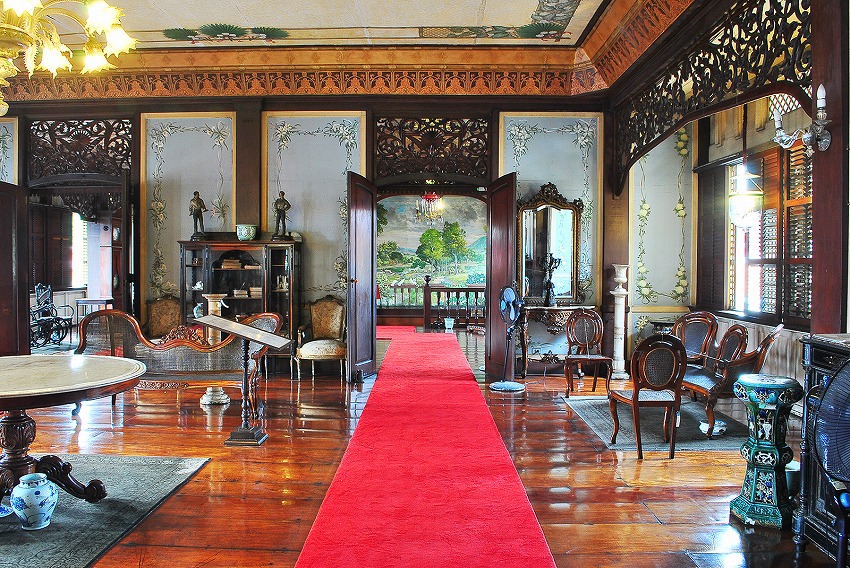 Constructed in 1980 through the initiative of then ex-First Lady Imelda Marcos, Casa Manila is a stately museum situated in Intramuros. The stone and wood museum is designed to replicate the San Nicolas House that was once along Calle Jaboneros and depicts the colonial lifestyle of the Filipinos during Spanish rule. There are awe-striking elements from the past that have been put on display here. If you’d like to know more about this specific time period in the Philippines, you should visit this place. 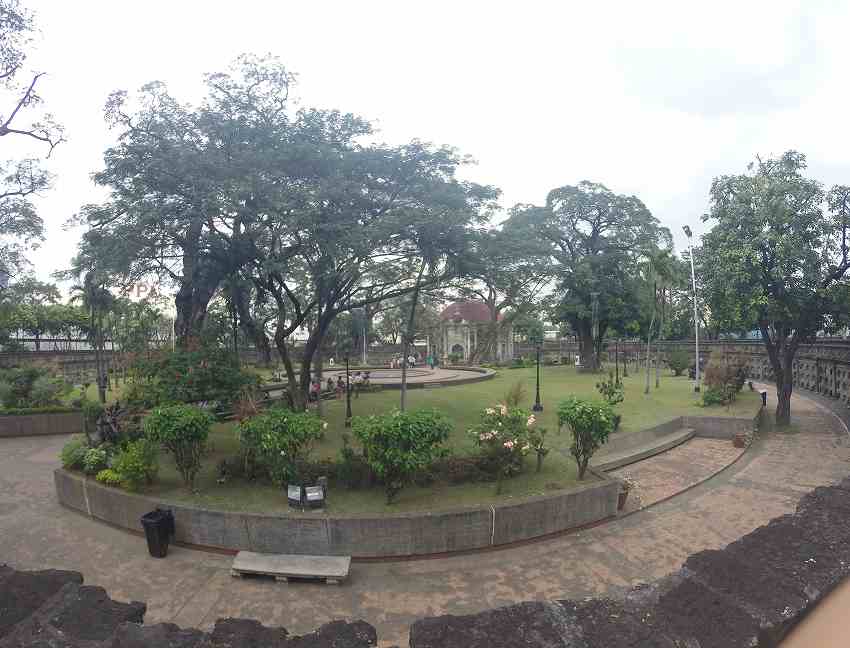 Paco Park is a recreational park along General Luna Street in Paco that was once the municipal cemetery of Manila. Initially called the Cementerio General de Dilao, it was built by the Dominicans in the Spanish colonial period as a burial site for the Spanish elites. Today, the park is a popular venue for weddings, corporate parties, and other events, thanks to its lush gardens, beautiful surroundings, and historic significance. 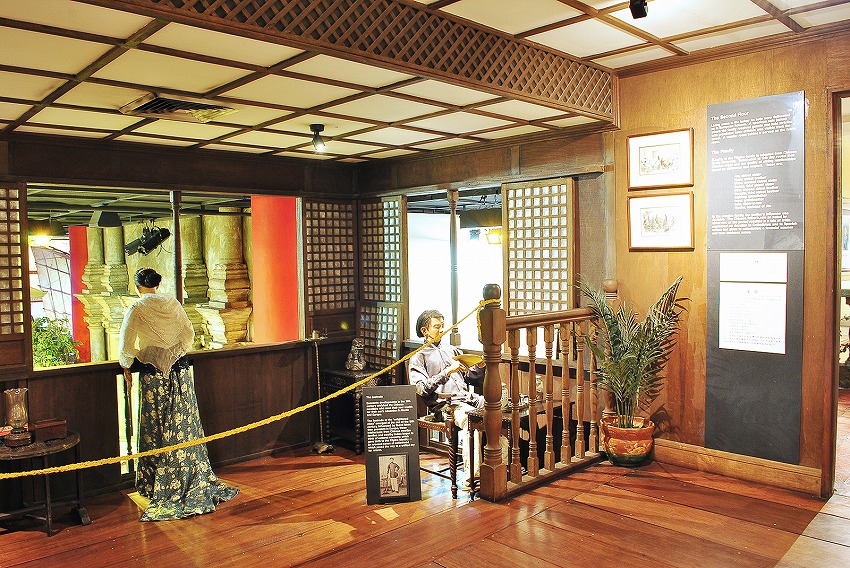 Bahay Tsinoy is a museum housed within the premises of the Kaisa-Angelo King Heritage Center building, which documents the history of the Chinese community. It houses dioramas, sculptures, porcelain collections, pictures, and old coins that help depict the contribution of the Chinese to the development of the city. It shows the development of Manila from the pre-Spanish Chinese trading to the Spanish era, the establishment of ghettos, and the Galleon trading that happened between China and Europe through Manila. 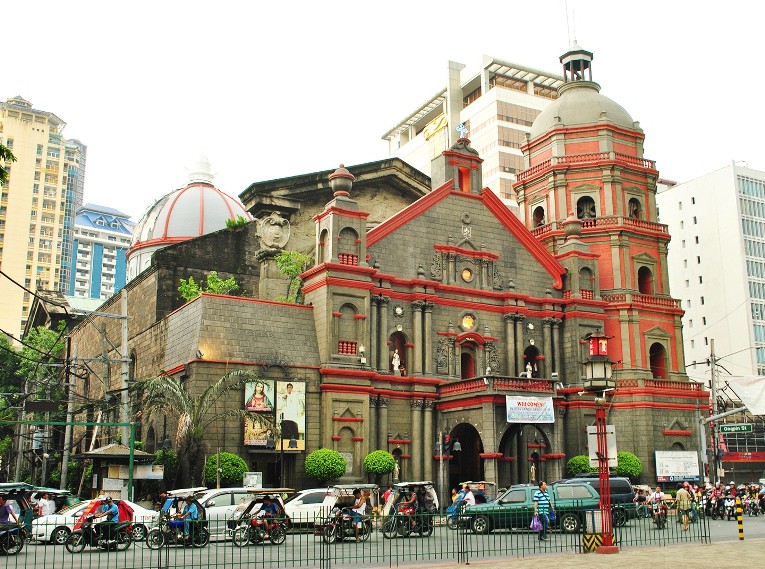 Considered as the world’s oldest Chinatown, Binondo is a district in Manila that was established in 1594. It bustles with markets loaded with quaint, family-owned businesses such as bakeries, pharmacies, and tea houses. Binondo is originally established by the Spaniards as a settlement for the Catholic Chinese near Intramuros, the hub for the Chinese trade and commerce run by the Filipino-Chinese during the Spanish colonial era. The district now houses newcomers and immigrants such as Americans, Japanese, and Spaniards. 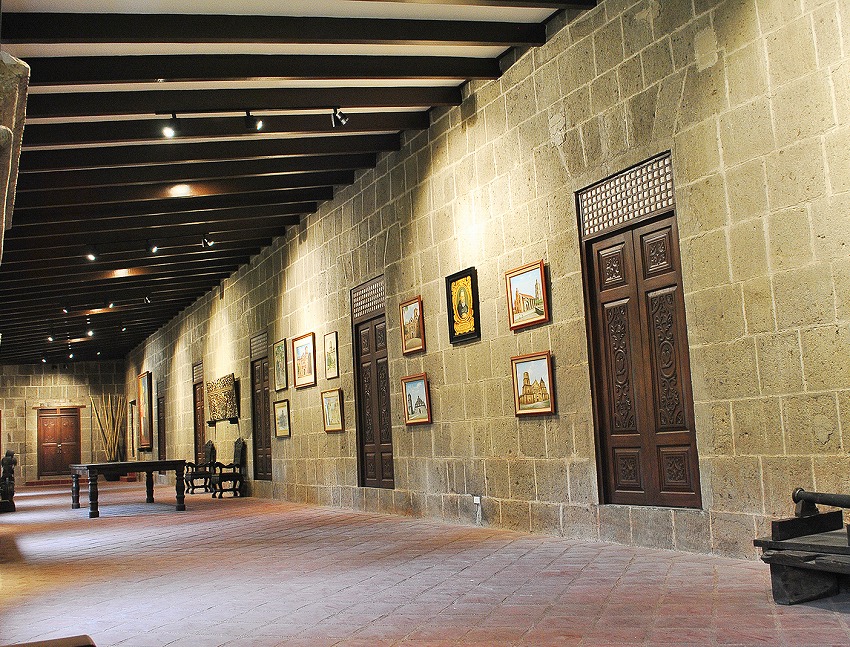 The San Agustin Museum in Intramuros is a UNESCO world heritage site that houses religious pieces of art portraying the rich history of Catholicism here in the Philippines. The gallery and the hallways are adorned with paintings of saints while the rooms which were occupied by the friars as their sleeping quarters, now showcase sculptures and relics such as botanical drawings, antique furniture and ceramics, and liturgical goods. The first floor has a room from where you can see the interior of the church. These enticing interiors have ceilings that look like they have been carved meticulously. 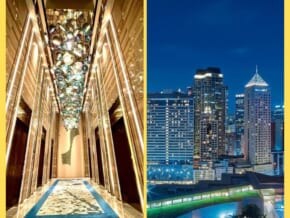 VALENTINE’S DAY PROMOS: These 7 Hotels Offer Great Deals for Love Month
If you're looking for great hotel deals this month of February, the Philippine Primer listed it for you.