The Philippine Embassy in The Netherlands shared that the Monday Media Production is eyeing Northern Palawan as the next filming site of their upcoming reality TV show.

“Another Dutch reality show will soon start filming in the Philippines. This was disclosed by the Monday Media Production during the call of Ms. Geraldine Lamberta Smink, Delegated Producer, and Mr. Gerard Bernard Oostveen, Production Leader, at the Embassy,” the statement from the official Facebook Page of Philippine Embassy. 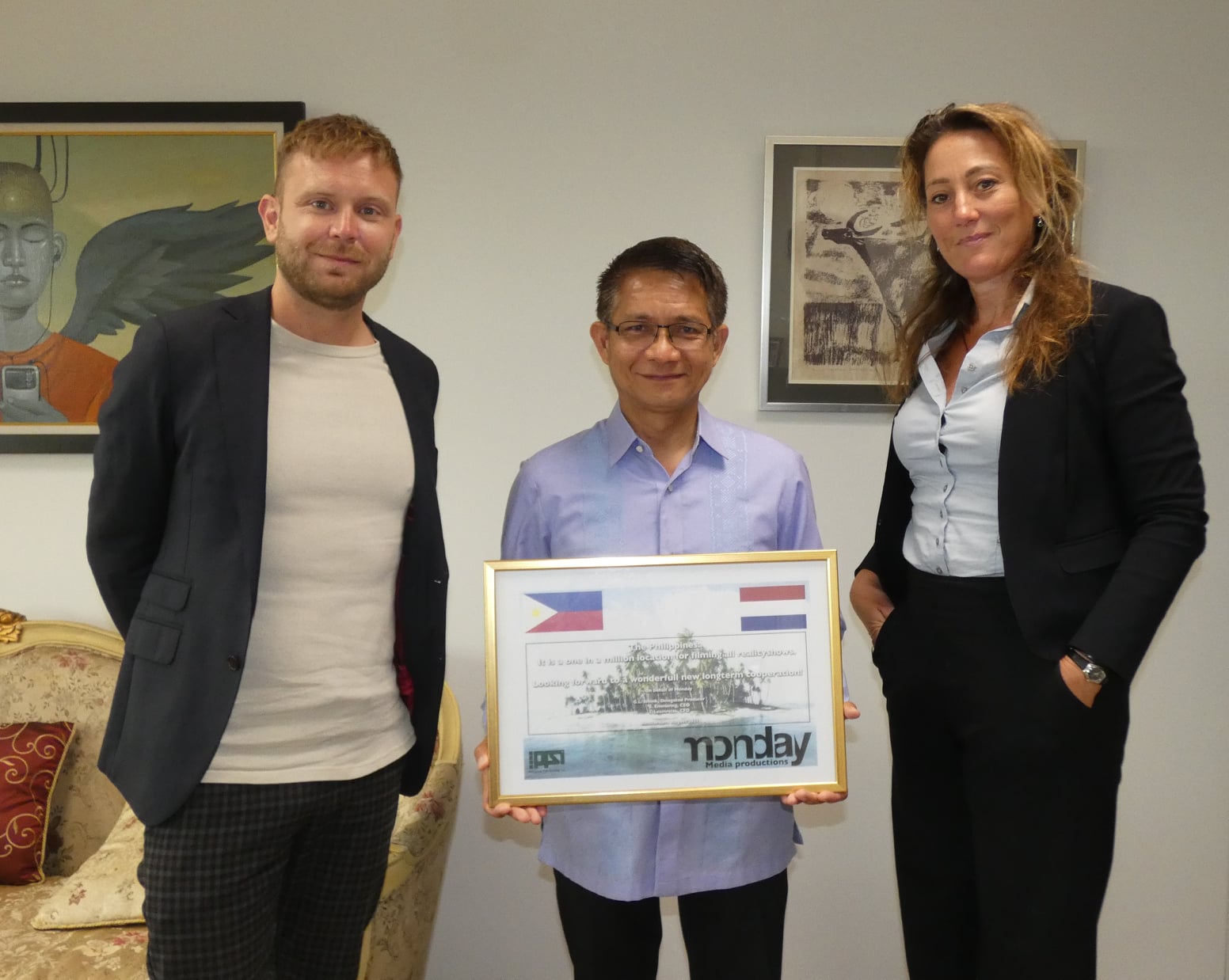 Ms. Smink and Mr. Oostveen and Ambassador J. Eduardo Malaya/IMAGE from the Philippine Embassy in The Netherlands

According to the post, Ms. Smink and Mr. Oostveen presented a token of appreciation to Ambassador J. Eduardo Malaya a citation which reads: “The Philippines: It is a one in a million location for filming all reality shows. Looking forward to a wonderful new long-term cooperation!”

“A 145-member Dutch production team will arrive in the Philippines in September to commence filming in northern Palawan. Filming will be conducted in cooperation with the Philippine Film Studios, Inc.,“the Philippine Embassy in The Netherlands said. 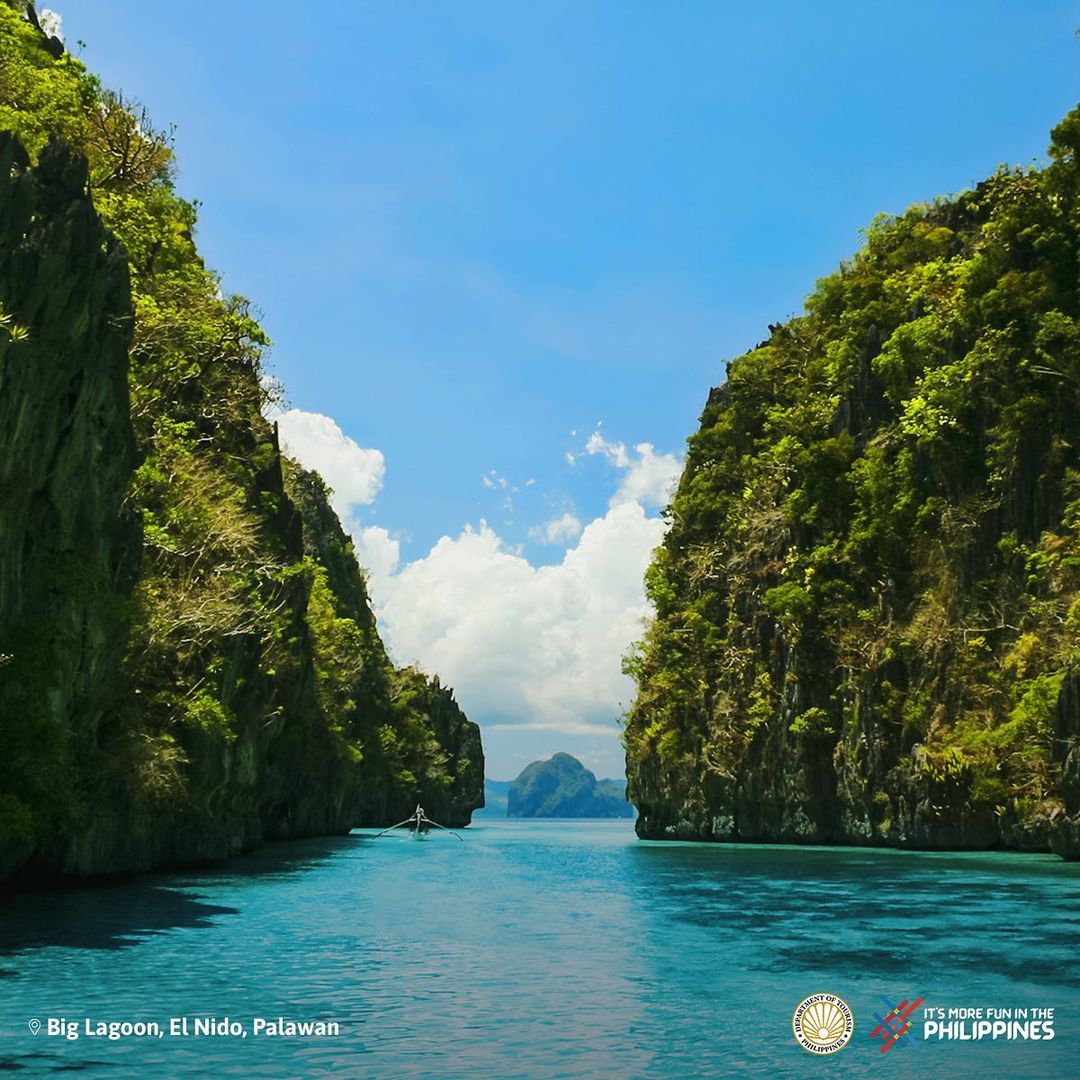 El Nido, Palawan/IMAGE from the Department of Tourism

Meanwhile, the Philippine News Agency received a response from the Department of Tourism (DOT) Secretary Bernadette-Romulo Puyat about the upcoming proposal.

“The Department of Tourism welcomes such initiatives as they not only showcase the beautiful destinations and unique cultures of the Philippines but also generate revenue and provide jobs for tourism stakeholders and workers residing near the area of production,” she said.

Puyat also noted that they will help to assist in ensuring that they are billeted at accredited hotels.

On the other hand, she clarified that all foreign projects shooting in the Philippines need prior approval of the Interagency Task Force for the Management of Emerging Infectious Diseases (IATF-IED) for safety and health protocols.

Currently, the shoot is still undisclosed and the program will be in cooperation with the Philippine Film Studios, Inc. and Film Development Council of the Philippines (FDCP). 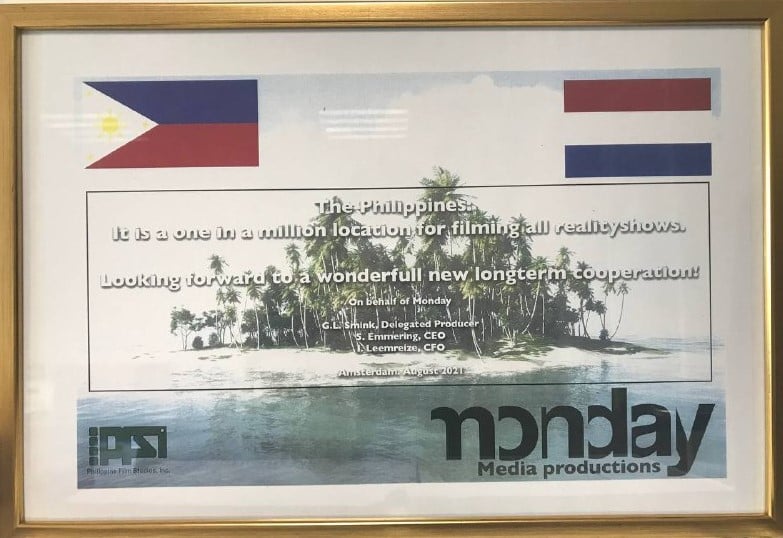 IMAGE from the Philippine Embassy in The Netherlands

“The local production company counterpart for this project (PFSI) is in coordination with the Film Philippines Office of FDCP and the project’s details and dates for shooting are yet to be presented to the IATF for its review,” said FDCP.

The FDCP refers the requests to the IATF for approval pending the vetting of safety protocols the TV crew will be implemented during the production such as RT-PCR testing, observing the 14-day mandatory quarantine, and a strict travel bubble between the point of origin and location shoot.

The Monday Media Production is the producer of “Expeditie Robinson” or known as “Survivor” which debuted in 2000. The Philippines has been picked before for Expeditie Robinson and they filmed in the pristine waters and shores of Caramoan and Camarines Sur back in 2006.