Last week, April 12, Anne Olivia Bauso of the Travel+Leisure described Saud Beach in Pagudpud as a virgin island that offers a serene place to unwind and boasted the beauty of the beach.

“Its white sand pitches gradually into the clear-as-glass water, like a real-world example of a zero-entry swimming pool,” she said. 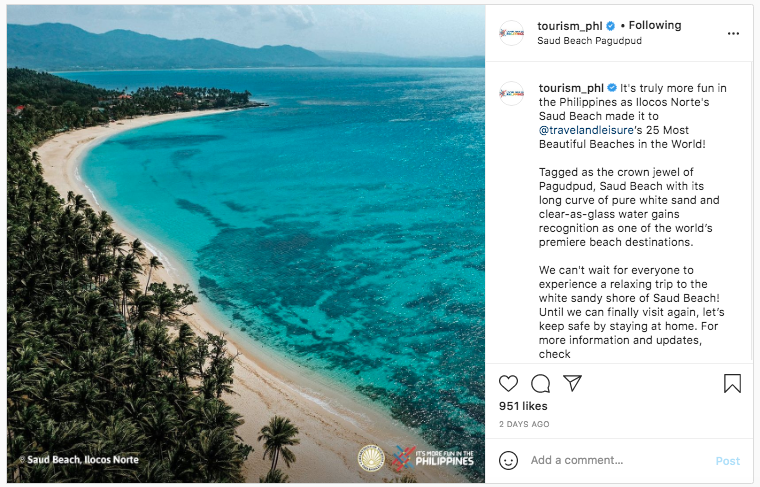 Meanwhile, the DOT saluted the sole Philippine entry to the list, joining the ranks of other globally recognized beaches such as the Copacabana in Rio de Janeiro, Brazil; Hanalei Bay in Kauai, Hawaii; Cape Le Grand National Park in Western Australia, and others.

The inclusion of Saud Beach in the international travel site’s A-list is a first for the coastal area of Pagudpud, also dubbed as the “Boracay of the North”, and the only beach in the Philippines to make on the list.

Despite the ongoing struggle due to the pandemic, the tourism industry in the Philippines remains optimistic while progressing slowly and safely.