Adorned with worldly and sophisticated ambiance, The Henry Hotel Manila is not your usual boutique tavern in the heart of Manila.

What was once a post-war mansion with adjoining cottages was turned into a warm nostalgic hotel in 2014 that exudes old-world flavor combined with modernism, which redefines a serene hotel experience in the metropolis. 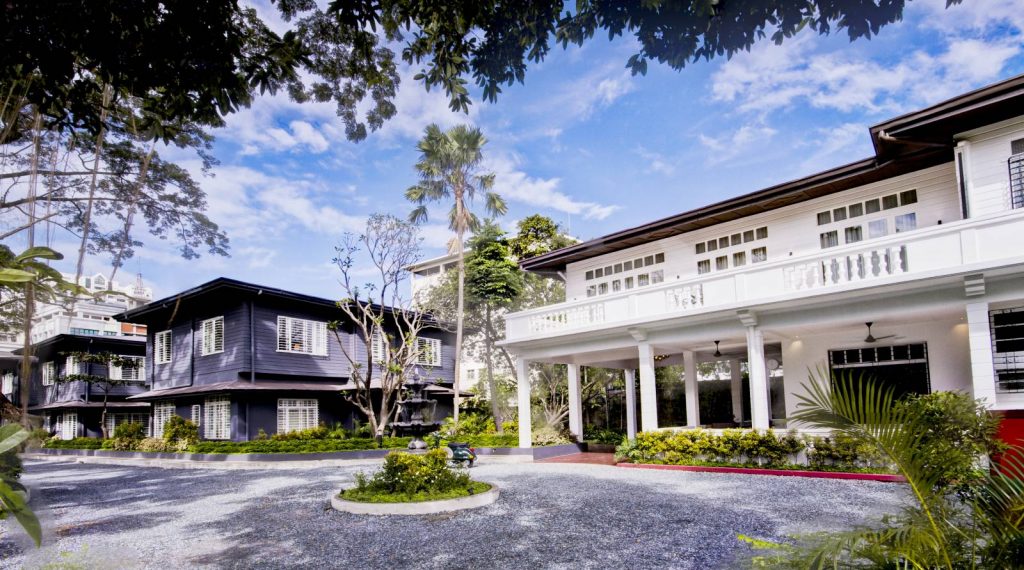 The Henry Hotels and Resort’s Innkeeper, Hanky Lee, described the place as a “serendipity” when he first visited the compound. A few years later, he met the compound’s owner asked him if they could do something with some of the houses—thus the creation of the grandiose hotel.

Each house is designed with Scala grilles inspired by the Art Deco style and Baldoza tiles prevalent during the 1940s, giving guests the design pulse of the era. 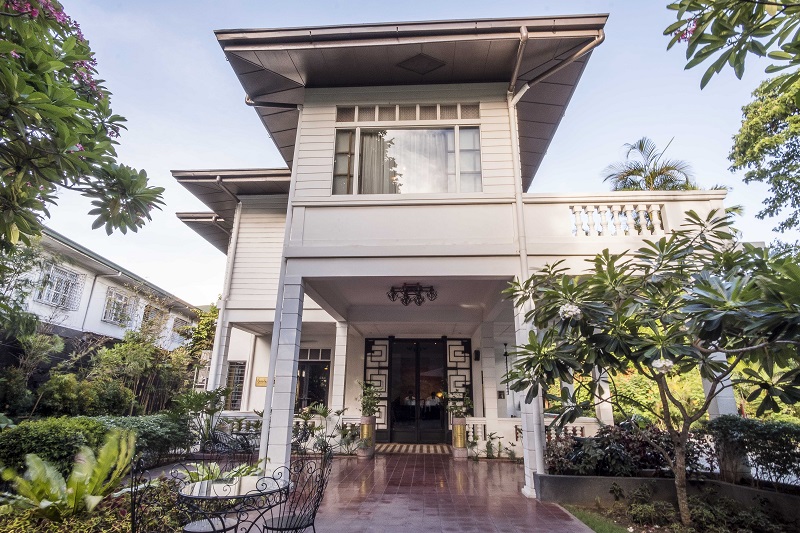 As you enter the property, you will see the driveway that leads to the main house where the hotel’s center, restaurant and bar, and the Owner’s Suite are located.

The Owner’s Suite is considered as the best room in the hotel given that it has all the special amenities such as the ante-room with a designer couch, vintage patio set, and balcony with a stunning view of the garden and pool. 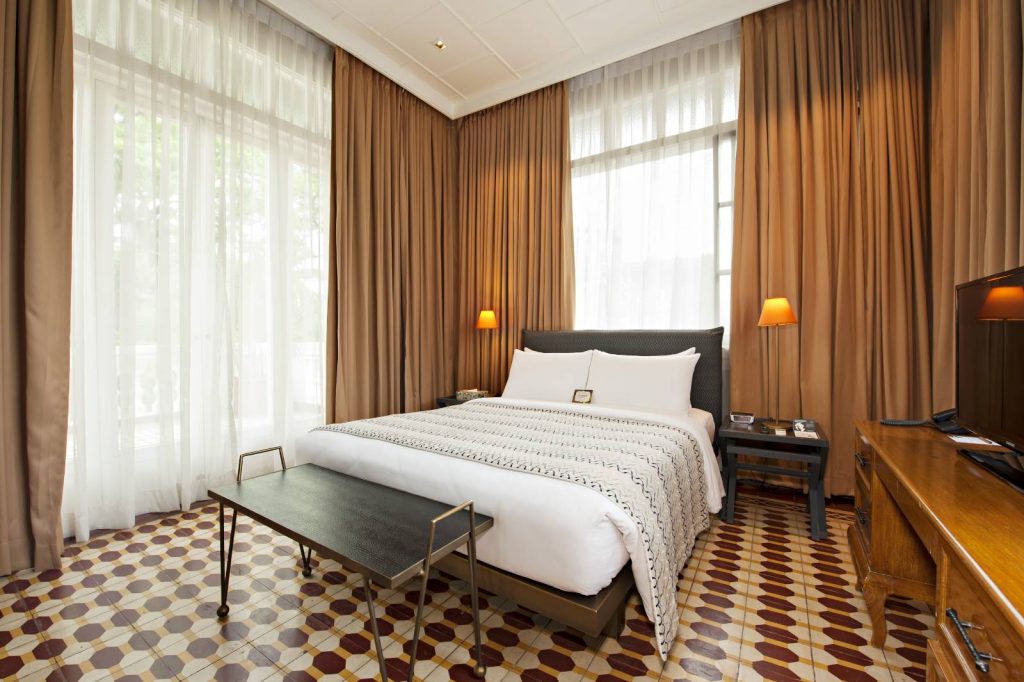 Determined to keep the vintage vibe of the hotel, they furnished the rooms with repurposed cabinets and Ambassador chairs, all reminiscent of the design & furnishings of houses during the mid-century. 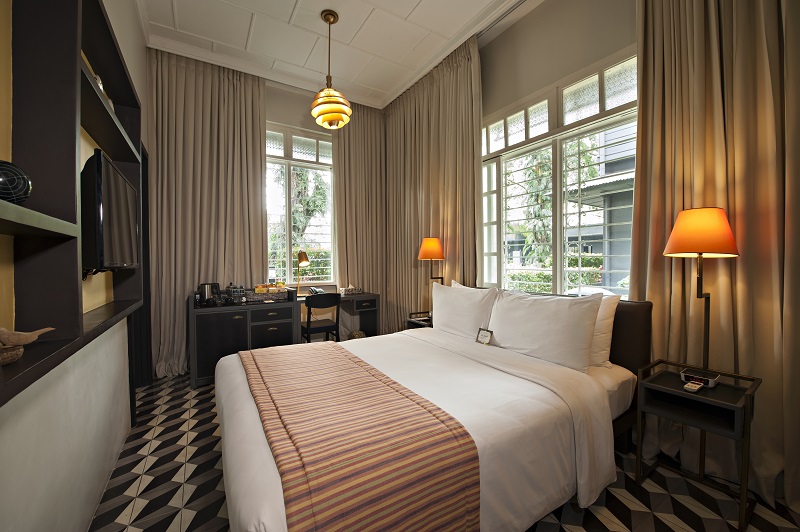 Apart from the hotel itself, the garden area is one of the hotel’s stellar features which was designed by Ildefonso P. Santos, National Artist for Landscape Architecture.

The garden boasts of a carefully-selected plant palette of post-war favorites such as Palmera, Santan, Lantana, and Champaca. It is also the hotel’s outdoor event venue for weddings, celebrations, and more. 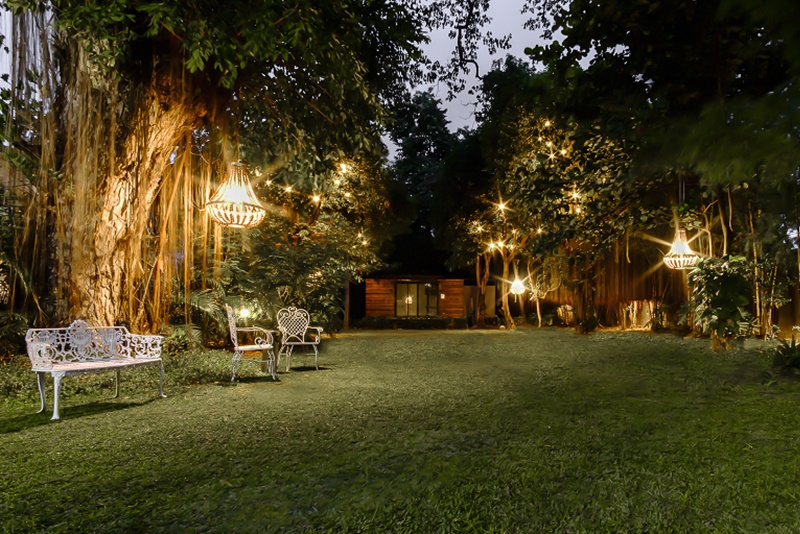 Another charm of the hotel is their partner restaurant, Apartment 1B, which completes your old-world experience at Henry Hotel. With a taste of luxury, indulge in their finest entrees as you enjoy a glass of wine and smooth music. 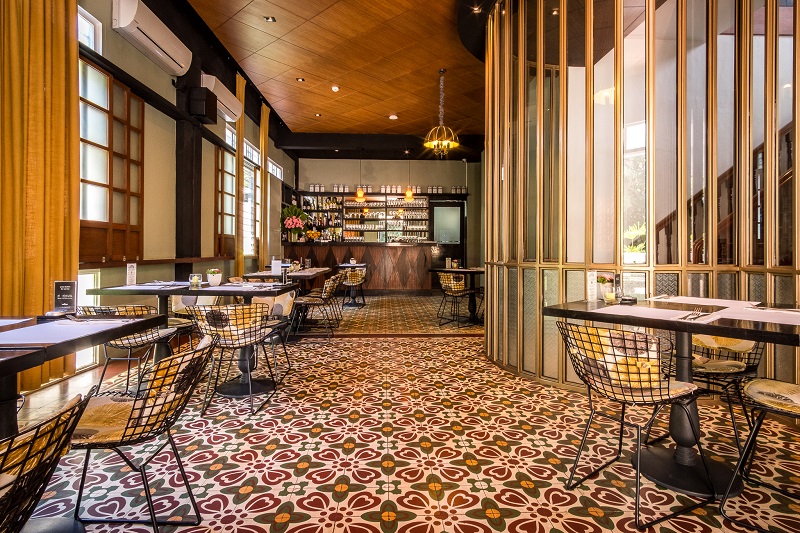 Further, Henry Hotel Manila put up a shop called The Honest Henry as an ode to the Filipino values, particularly the honesty as people. All items being sold inside the honesty shop are proudly Filipino made. Just make sure to pay whatever item you got honestly. 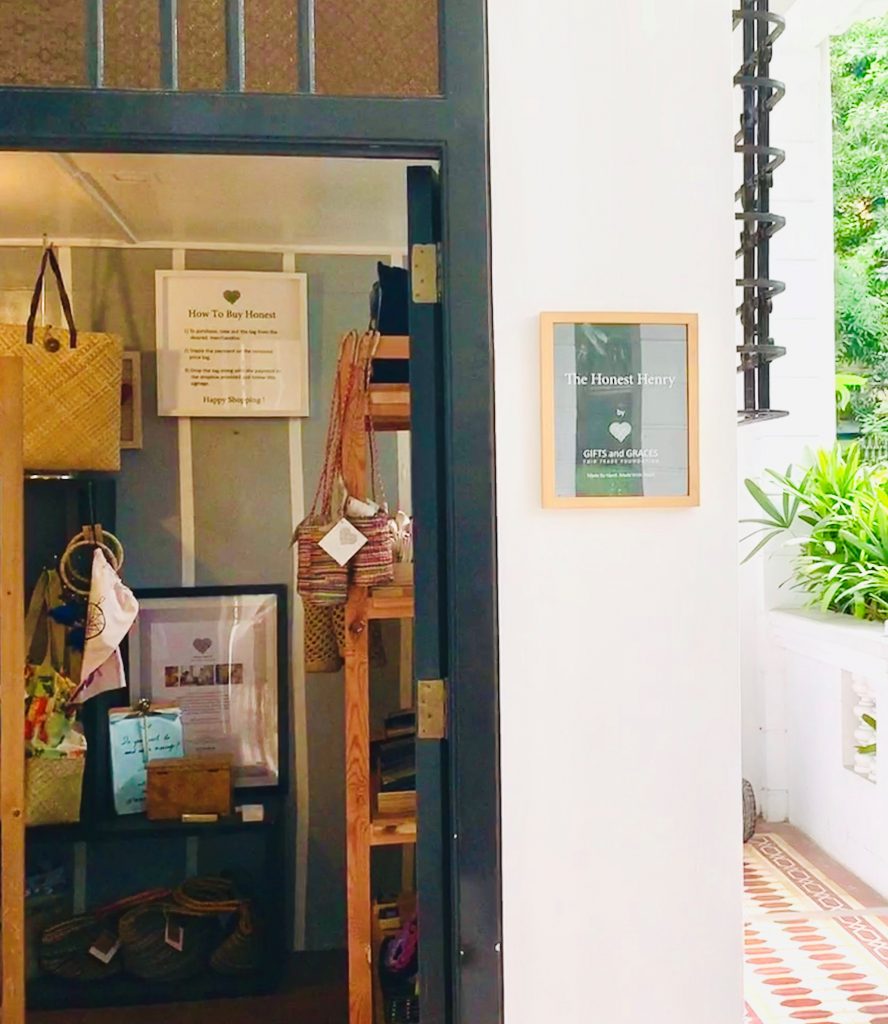 In light of preserving the old world charm of the place and have more guests enjoy the serenity while appreciating the slowness of life amid the bustling metropolis, Henry Hotel Manila sustains their hip vintage vibe as the charm that keeps them renowned in the industry of hospitality.

Apart from the Manila branch, The Henry Hotel also has a branch in Cebu.