On September 21, 1972, late dictator Ferdinand Marcos signed Proclamation No. 1081, which put the whole of Philippines under Martial Law. It was only two days later when he appeared on television to formally announce it, citing threat of rebellion and communism as reason.

The period is by far one of the darkest in Philippine history as it is marked by thousands of killings, human rights violations, and extreme media censorship. Number of victims still remain unclear as thousands remain missing and unaccounted for.

And as a way to honor the martyrs and heroes who wholly offered their lives for the country’s freedom, justice, and democracy during the period, Bantayog ng mga Bayani Foundation was formed. 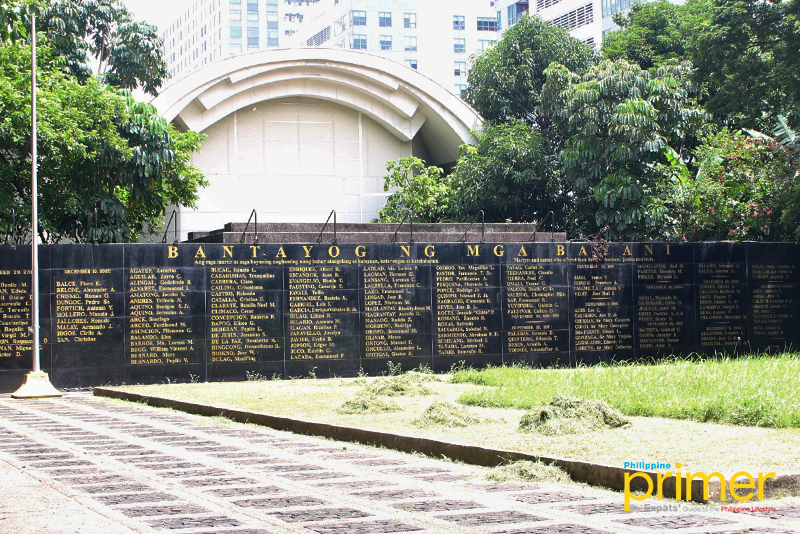 Meaning monument to the heroes, Bantayog ng mga Bayani stands along Quezon Avenue in Quezon City. The seemingly unassuming building houses years of history, aimed to never let people forget the Martial Law era and the people who fought against it.

Probably the most known feature of the memorial center, the 35-foot Inang Bayan (motherland) sculpture by Eduardo Castrillo depicts a woman cradling a man, representing the Philippines and the fallen martyrs. 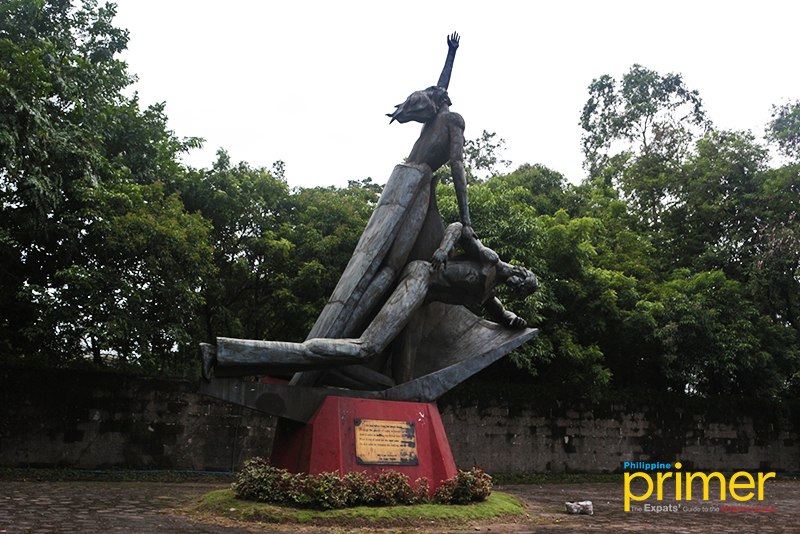 In the open amphitheater behind the statue, on the other hand, is the Wall of Remembrance, which are slabs of black granite carved with names of heroes and martyrs who valiantly fought the Marcos regime in gold. 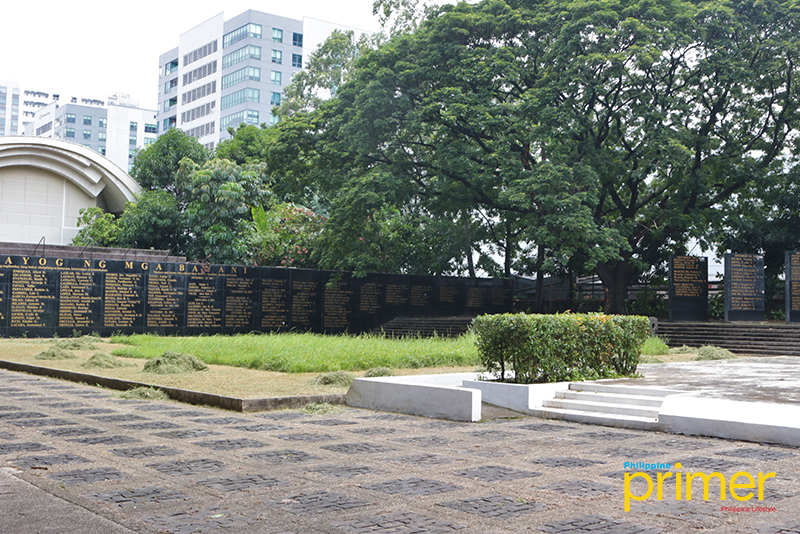 On the right side of the second level is where the Hall of Remembrance is located. It details more on the lives of the martyrs and heroes whose names can be found on the Wall of Remembrance. It is divided according to their professions like students, labor workers, and religious members.

To the left is the Museo ng Bantayog or the Bantayog Museum, which narrates the events from pre-Martial Law era leading to its end in 1986. 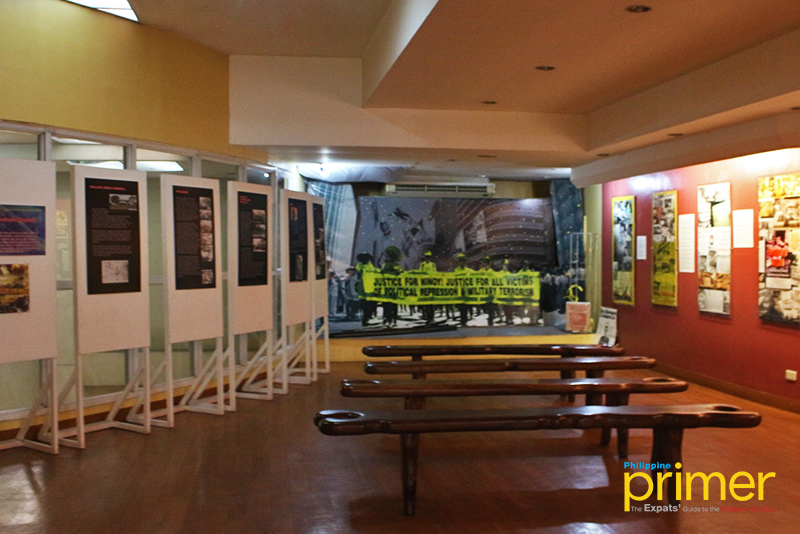 The museum has photographs, documents, and other artifacts that help people better understand the happenings and atrocities of the Martial Law era. 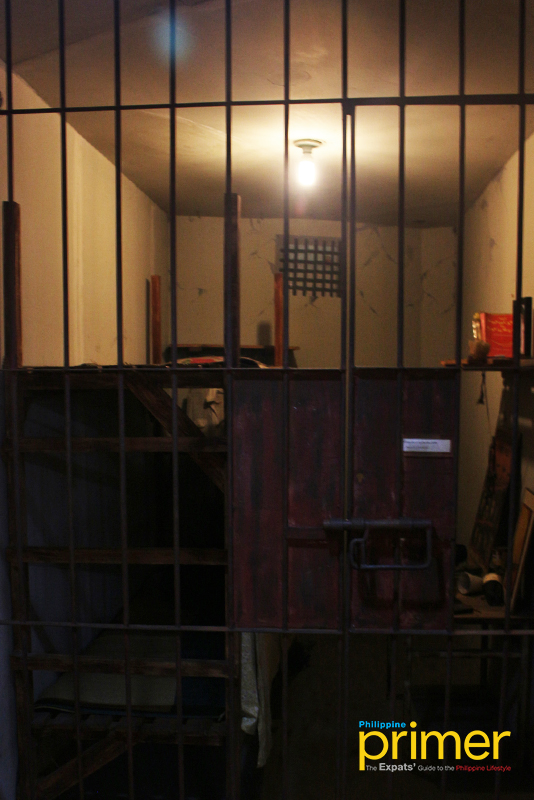 There is also a small theater room in the center—the Ambassador Alfonso T. Yuchengco Auditorium is where film showings and programs organized by the foundation is held.

It is best to visit the memorial center with a guide to have a better understanding of the artifacts inside. Bantayog offers guided tours from Tuesday to Friday at 9 a.m. to 11 a.m. and at 2 p.m. to 4 p.m.