JAPAN TRAVEL: Murakami’s Shibazakura-en, the Most Beautiful Backyard in Kikonai

Who said you can’t create a tourist spot out of your own backyard? One of the must-see tourist attractions in Kikonai in spring is this eye-catching lawn cherry at one of the residences in Kikonai. The lawn cherry, which can be found at the backyard of Mr. Nakamishi Murakami, catches the attention of every passerby in town. 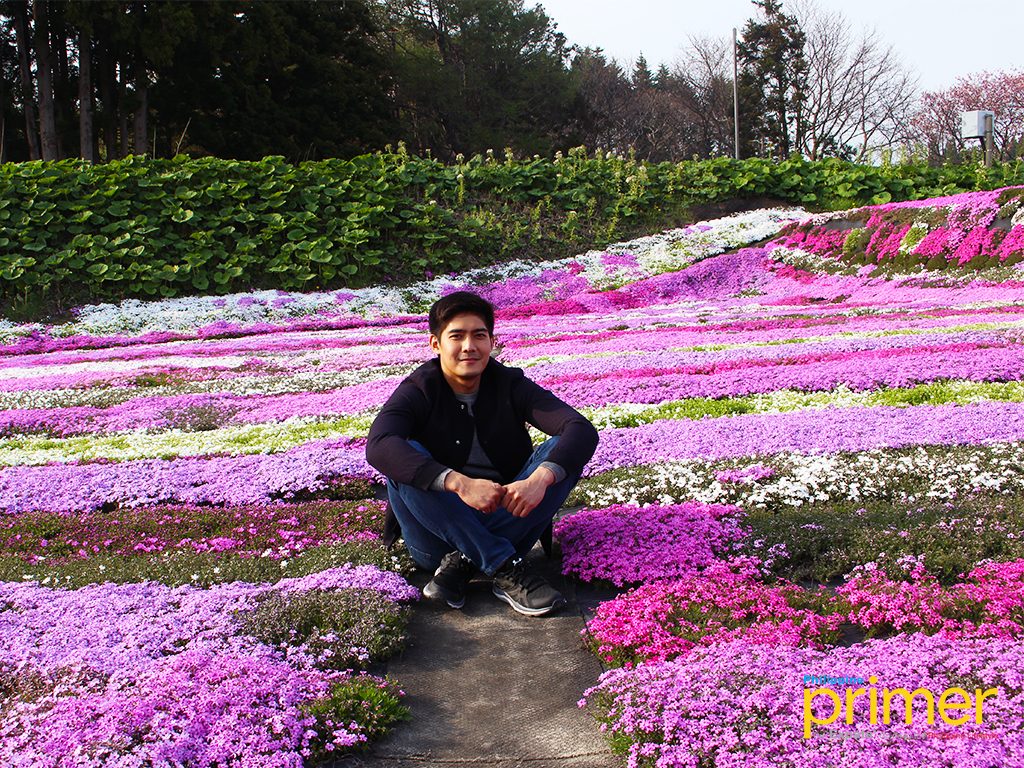 This private garden that can be found along Satsukari district is made by Murakami-san. Shibazakura (moss phlox) is a common sight in Japan especially in spring, as these flowers resemble the ever-famous cherry blossoms. Its bright pink and purple colors make it visually-appealing, much to the delight of tourists who enjoy taking photos of the flowers. Robi Domingo with Murakami-san and his wife

If you wish to see this tourist spot, the best time to visit is late April to early May. Aside from shibazakura, you can also see tulips of different colors as well. Join the Kikonai Walking Tour and get to see this beautiful backyard in Kikonai!