One of the country’s oldest Augustinian churches, the St. Paul Metropolitan Cathedral started out as a chapel made of wood and thatch in 1578 by order of Juan de Salcedo, the conquistador and founder of Villa Ferdinandina, which later became the town of Vigan. St. Paul was the site of several historical events, including the take-over of revolutionaries led by Col. Juan Villamor in 1896 and by American forces under Lt. Col. James Parker in 1899.

The original chapel was damaged by an earthquake in 1619 and 1627. The church itself was built in 1641 to replace the chapel and became a cathedral when the seat of the Diocese of Nueva Segovia was transferred here from Lal-lo, Cagayan in 1758, but not before being ravaged by a fire in 1739.

The Cathedral of Vigan, as it is sometimes called, is a stunning tribute to Baroque architecture modified by the Ilocanos to survive earthquakes. It also has a bit of Chinese influence thanks to the carvings of lion dogs beside the outermost doors.

It doesn’t have the same impressive façade as churches in Intramuros, but the best thing about St. Paul Cathedral is how it sits perfectly in front of Plaza Salcedo. Photographers often choose to take a photo of both the cathedral and the reservoir, especially at night. The cathedral casts a picture-perfect reflection on the waters in the reservoir, giving photographers a chance to test their skills at capturing both the reflection and the real thing.

where can you buy viagra pills order viagra paypal

cialis shop in australia cialis for daily use side effects

is hydroxychloroquine an immunosuppressant https://hydroaralenus.com/

plaquenil over the counter chloroquine quinine

how long does prednisone stay in your system prednisolon

side effects for sulfamethoxazole trimethoprim https://bactrimhoprim.com/ 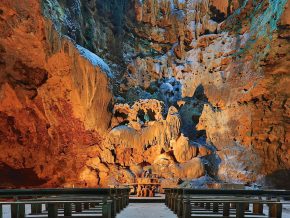