Updated as of February 6, 2020. The Asia Pacific Predator League has been rescheduled in light of the 2019-nCoV situation. As per the announcement made by Predator Gaming on their official Facebook page, the event is set to be rescheduled sometime in June or July — an exact date has yet to be determined.

Catch the best of the best battle it out at the Asia Pacific Predator League (APAC PL) on February 22 to 23, 2020 at the Mall of Asia Arena, Pasay City.

The APAC PL is one of the biggest brand-initiated Esports tournaments in the Asia Pacific region where representatives from the Philippines, Malaysia, Singapore, Hong Kong, Macau, Thailand, Vietnam, Indonesia, Oceanic, India, Japan, South Korea, Taiwan, Mongolia, Sri Lanka, Bangladesh, and Myanmar take on each other to win the prestigious Predator Shield. 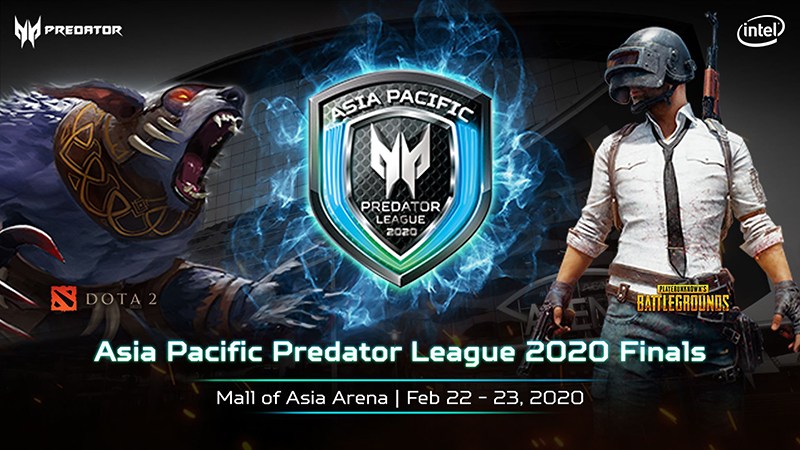 The first APAC PL was held in 2018 at Jakarta, Indonesia and its second edition was held in Bangkok, Thailand in 2019. The 2019 tournament was one of the fiercest battles so far with the tournament lasting three days.

There will be two games in the tournament namely DOTA 2 and PlayerUnknown’s Battlegrounds (PUBG). 12 teams will compete in DOTA 2 while 16 teams will battle in PUBG. Of the teams, three will be representing the Philippines in DOTA 2 while two will represent the country in PUBG. Winners will receive a total prize pool of $400,000.

Catch the best of the Asia Pacific region give it their all at the Asia Pacific Predator League on February 22 to 23, 2020 at the Mall of Asia Arena, Pasay City. Tickets to the APAC PL start at Php 100 for General Admission seats to Php 1,500 for VIP Lower Box seats.

Also read: 5 Places To Buy Video Games in the Metro