Attention all Filipino Hallyu fans! Get yourselves ready as one of the highly-requested shows of the decade is about to happen in the Philippines for the first time ever!

Catch the cast of the longest-running variety show in South Korea, Running Man, as they head over to Manila for their grand fan meeting titled ‘A Decade of Laughter’ on February 9, 2020, at the Mall of Asia Arena. 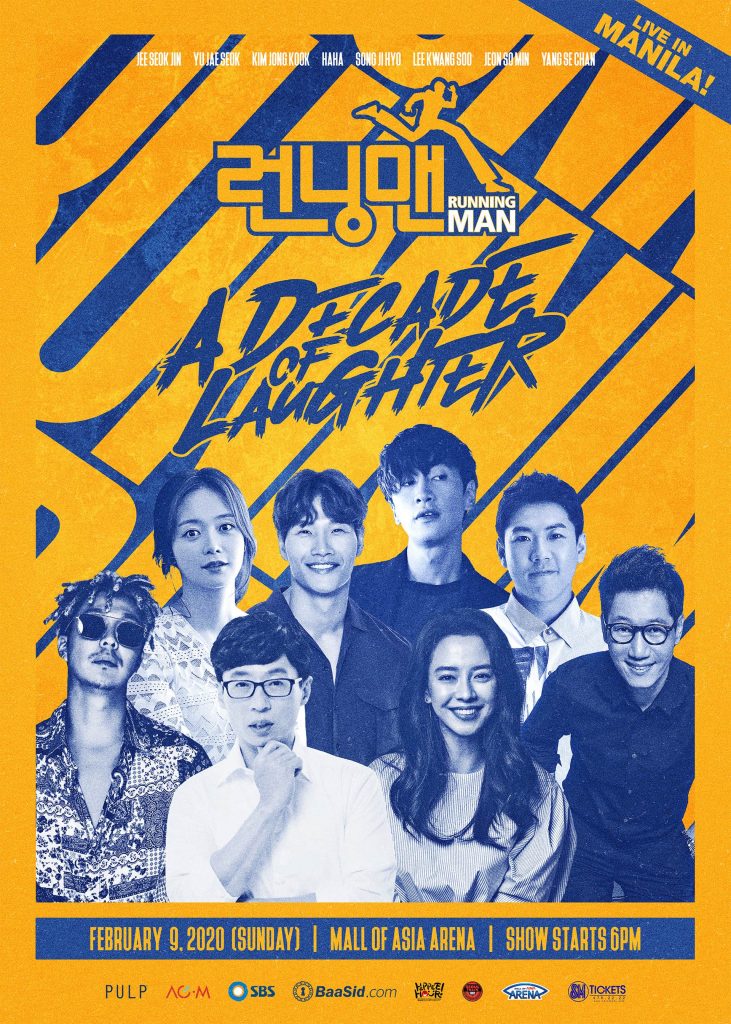 Nearly 10 years after its pilot episode aired on SBS Channel, the Sunday variety show Running Man has successfully overcome not only the South Korean television but also the rest of the world with its outstanding comedic acts and games that bring delight to viewers.

The show started out as an “urban action variety” with physical and mental games that take place in an urban environment.

It soon became famous for its various games replicated by fans of the show worldwide, one of which is the Name-Tag Ripping Challenge that has been highly anticipated in each episode.

What makes the show interesting is the individuality and quirks, plus the funny banter and almost-slapstick comedy style of the casts that make most of their viewers hooked to the show.

Nearing a decade with almost 500 episodes, Running Man continuous to prove itself to be a timeless show for years counting.

With episodes inspired by Hollywood films and places in Asia they go on tours, the show is now considered a global TV phenomenon that highlights worldwide cultures and showcasing them in one grand variety show. 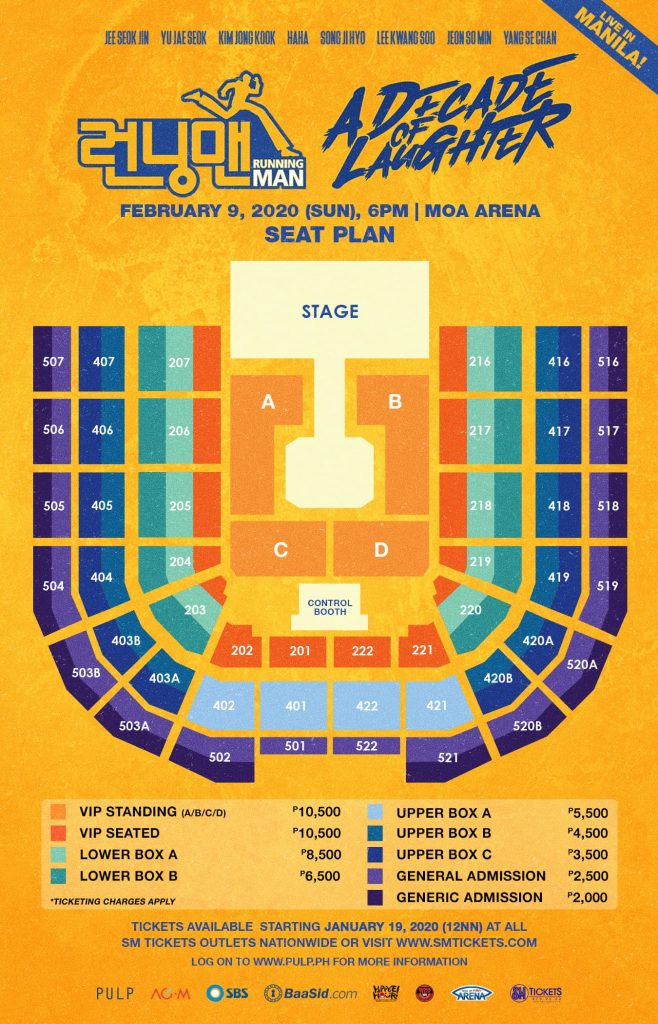 Presented by PULP Live World, don’t miss the opportunity to meet the casts of Running Man in the flesh!

What: Running Man  ‘A Decade of Laughter’ Tour in Manila
Where: Mall of Asia Arena
When: February 9, 2020, 6 p.m.
Ticket information: Official ticket selling will start on January 19, 2020, 12 n.n via SM Tickets outlets nationwide and online.