Metal Band Slipknot Set to Perform in the PH This March

Fifteen years after their supposed first show in Manila, Slipknot will finally be gracing the Philippine stage on March 29, 2020, at the Amoranto Stadium, Quezon City. 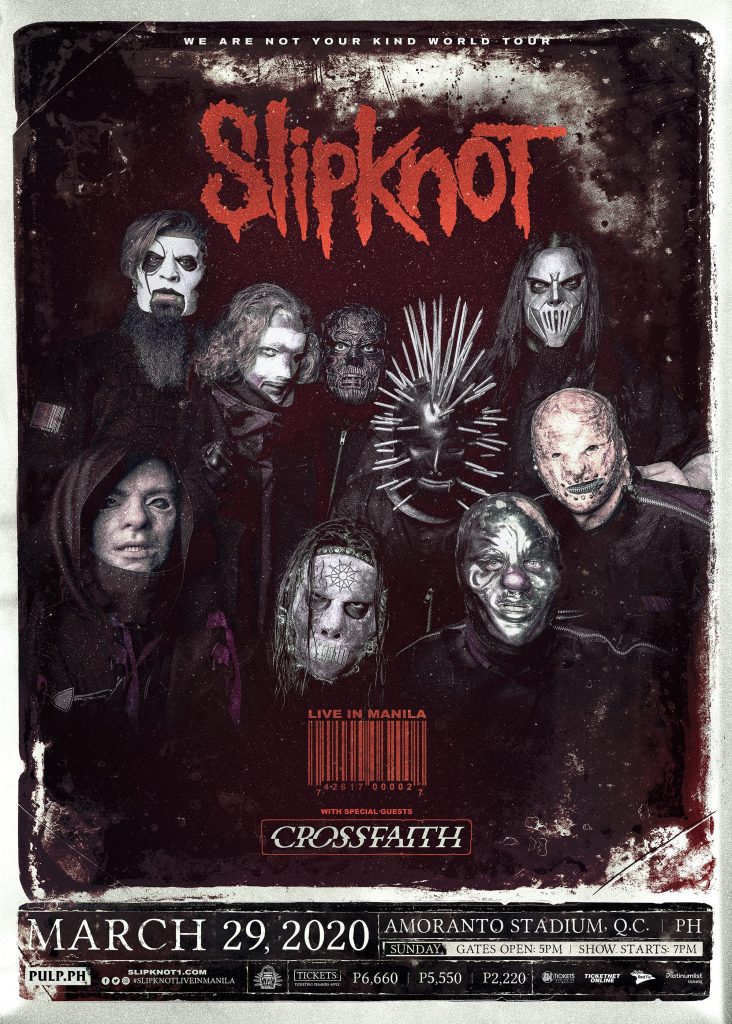 The nine-piece band from Iowa really requires no introduction because their legacy in the metal scene can speak for itself.

Their eponymous 1999 debut album was regarded by Metal Hammer magazine as the “Best Debut of the Last 25 Years,” and they were nominated for 10 Grammys over the span of their career. Not to mention, the band also has 13 Platinum and 44 Gold record certifications under their belt.

Despite changes in band members and a hiatus, Slipknot consistently produced highly-acclaimed albums that never fail to showcase their signature brand of aggressive sounds and dark lyrics laced with social commentary.

Open up the pit and get ready for a night you’ll never forget as the highly-acclaimed masked metal band brings you their newest tracks from their latest album We Are Not Your Kind, as well as some of their classic hard-hitting hits!

Also joining the momentous show to open for Slipknot are Crossfaith, a Japanese metal band that is no stranger to the Philippines, much less to the Amoranto Stadium. This is their third time to perform live in Manila.

Tickets for Slipknot Live in Manila are available at SM Tickets, Ticketnet, and AirAsia RedTix starting at Php 2,220. Ticketing charges may apply.