Green Day Is Coming to Manila in March 2020

Green Day has announced the postponement of the Asian leg of their Hella Mega Tour on their official Facebook page. Be sure to check MMI Live’s website and social media pages for updates regarding the rescheduling of dates.

Punk rock fans will definitely have a field day as Green Day is coming to the Philippines on March 14, 2020 at the Mall of Asia Arena in Pasay City! 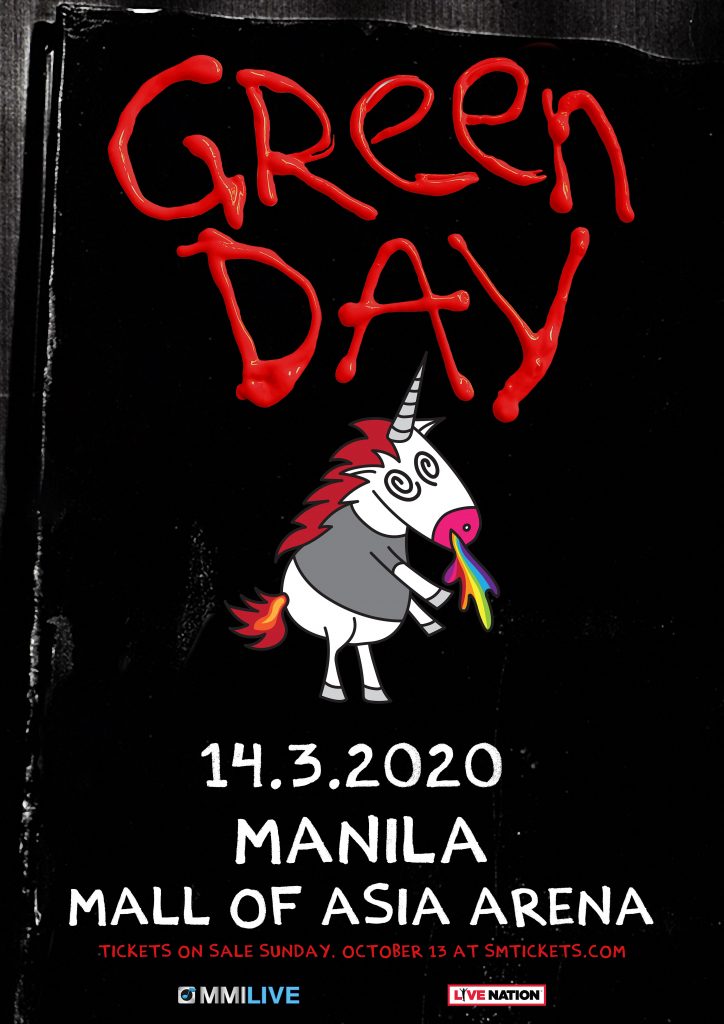 MMI Live posted a teaser on their Facebook page last September confirming that the American trio will indeed stop by the country as part of their Hella Mega Tour.

The Hella Mega Tour is headlined by Green Day and big rock bands Fall Out Boy and Wheezer. However, only Green Day will come to the Manila show.

Said tour is set to happen in the USA, Europe, and Asia as promotion for Green Day’s 13th studio album called Father of All, which will be released on February 7, 2020.

Watch the music video of the first single from the album, Father of All…

Green Day has been around since 1986 and is one of the bands that contributed a great deal to the international punk rock scene. They are also behind timeless hits like Basketcase, Boulevard of Broken Dreams, 21 Guns, among many others.

Tickets for the show will be on sale starting October 13! Prices are as follows: