A1 and O-Town Team Up for Playback Music Festival 2019

Have no idea what to do when you are suddenly washed over by nostalgia over the past—the ’90s, particularly? One thing that we can suggest is to relive it through music!

Two bands that continuously withstand the test of time, A1 and O-Town, will take you back to the past as they fill Mall of Asia Arena in Pasay City on November 9, 2019. 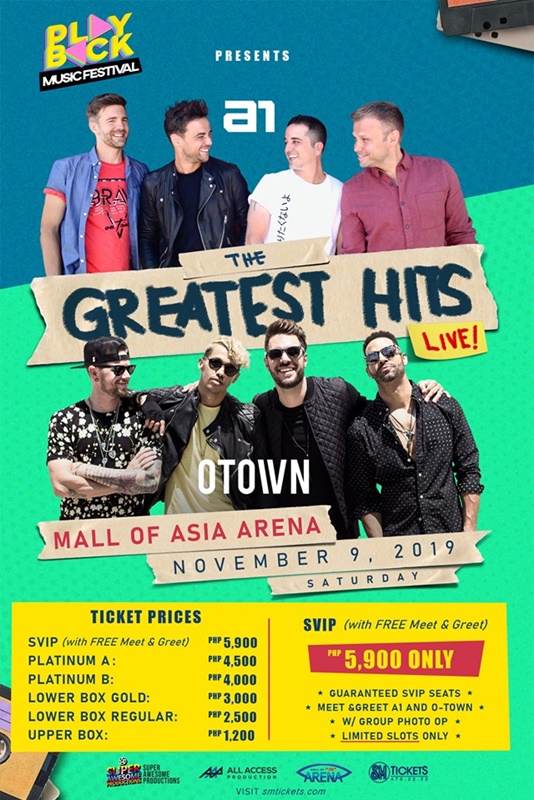 Super Awesome Productions and All Access Production will bring the throwback music festival this year with PLAYBACK PRESENTS: The Greatest Hits Series featuring A1 and O-Town—surely a treat for all the 90s kids!

Currently composed of four members, A1 is a 1998 British-Norwegian group that dominated music charts from the time it started its career until early 2000. The group received the Best British Breakthrough Act in 2001 and was the one behind the songs Like A Rose, Heaven by Your Side, and Everytime.

The boyband last came to the Philippines in 2018 for their 20th Anniversary tour. 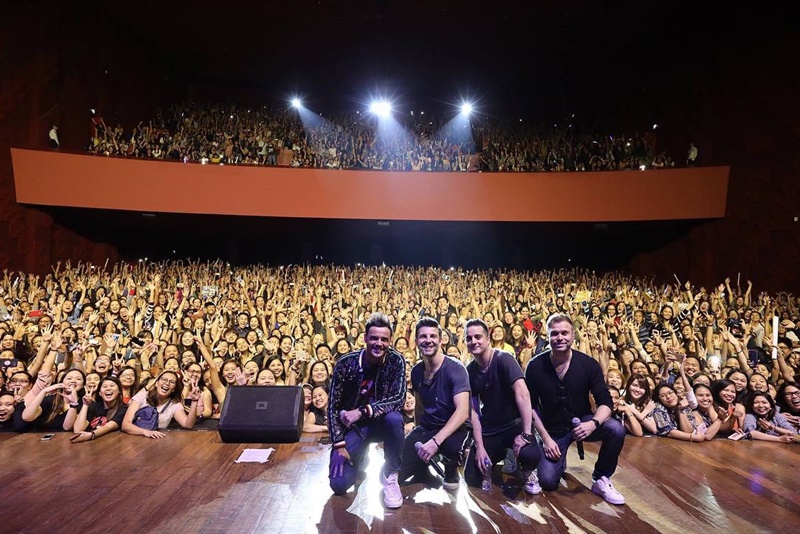 The American boy band O-Town is made up of four members as well, who were put together in the show Making the Band dating back to 2000.

They were known for their songs like All or Nothing and Liquid Dreams. This year, the group released a 12-piece album called The O.T.W.N Album. 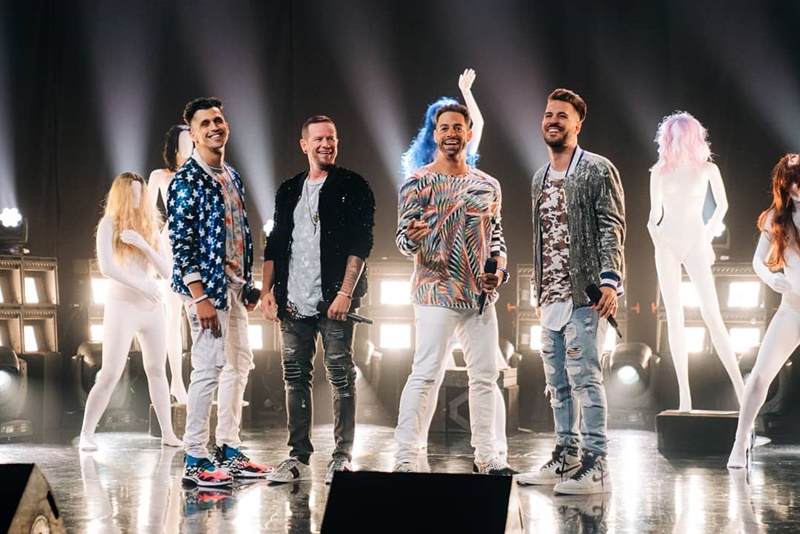 Tickets are already on sale at all SM Tickets outlets and SM Tickets website.

For more information, you may visit the Facebook page of Super Awesome Productions, All Access Production, and Playback Music Festival.

What: PLAYBACK PRESENTS: The Greatest Hits Series featuring A1 and O-Town
Where: Mall of Asia Arena, Pasay City
When: November 9, 2019
Ticket Information: For online purchases, you may visit SM Tickets website here.