As we come closer to the middle of September, there’s this particular celebration rooted in the East Asian and Southeast Asian culture that is annually commemorated mostly by the Chinese: the Mid-Autumn Festival.

If you want to be a part of this widely celebrated holiday in China, you don’t need to go far as Lucky Chinatown in Binondo, Manila brings its very essence to the country! The festivity is ongoing and will last until September 15. 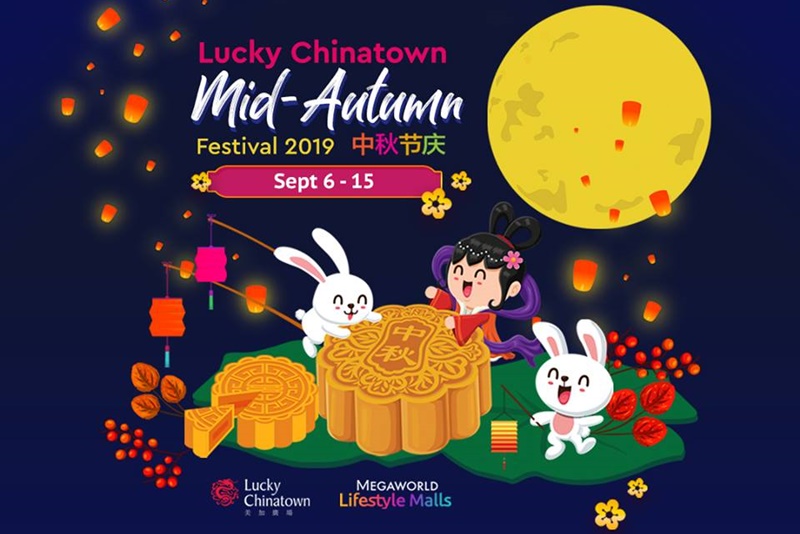 The very own celebration of Lucky Chinatown’s Mid-Autumn Festival or also known as the Mooncake Festival commenced with guests relishing the various collection of mooncakes and Chinese delicacies through the Flavors of Mid-Autumn Fair, which ran from September 6 to September 12.

On September 13, the whole day is packed with a sundry of activities that is sure to immortalize the holiday! Once the clock ticks at 10 a.m., the day’s celebration is officially on a roll. 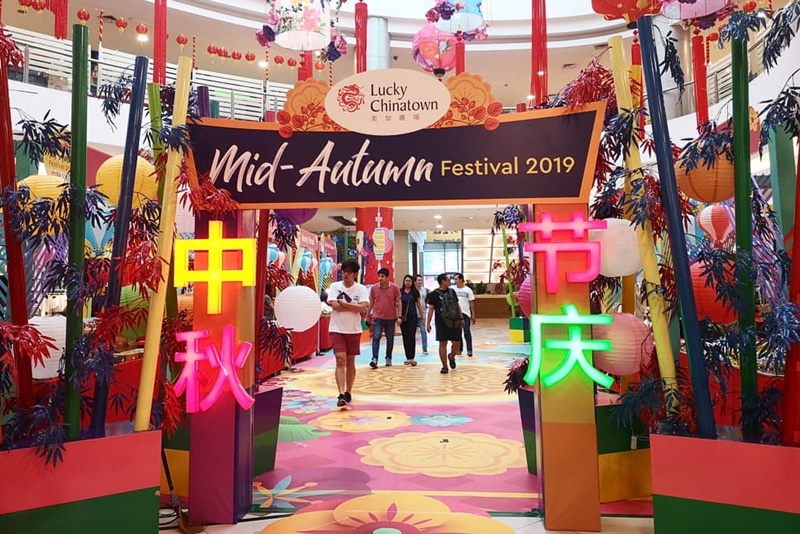 It starts off with the Lantern Artfest Competition, where you can witness the creativity of competing students from 10 a.m. until 3 p.m. You may also delight in the displays within the lighted lantern tunnel at the 3F bridge link to Lucky Chinatown Mall, Building A.

Meanwhile, kids may enjoy the modern take of the Nutty Scientists Philippines regarding Chinese Mid-Autumn Mythology through the Moon Magic Show, which runs from 3 p.m. to 4 p.m.

You can swiftly move onto the next activity that is set from 4 p.m. to 5 p.m., with cultural performances prepared by students from the Filipino-Chinese community and its partner institutions.

For the whole of September 13, you may enjoy and visit Lucky Chinatown’s Moonlight Tunnel, which is the mall’s “newest Instagrammable attraction.” Also check out the Digital Planetarium, where everyone can closely witness the moon, constellations, and the heavenly bodies upon which the Legend of the Moon Goddess was inspired.

Further, on September 14, be sure to make use of your receipts from any Lucky Chinatown establishment amounting to at least Php 2,000 worth of single purchase from September 6 to 14. Said receipt allows you to join the traditional Mid-Autumn Dice Game at 4 p.m., where you can win prizes such as Ogawa chairs.

Mooncakes may have opened the Mid-Autumn Festival in Lucky Chinatown, but a Wushu tournament by students from the Ling Nam Federation will conclude the festivities on September 15 at 3 p.m. 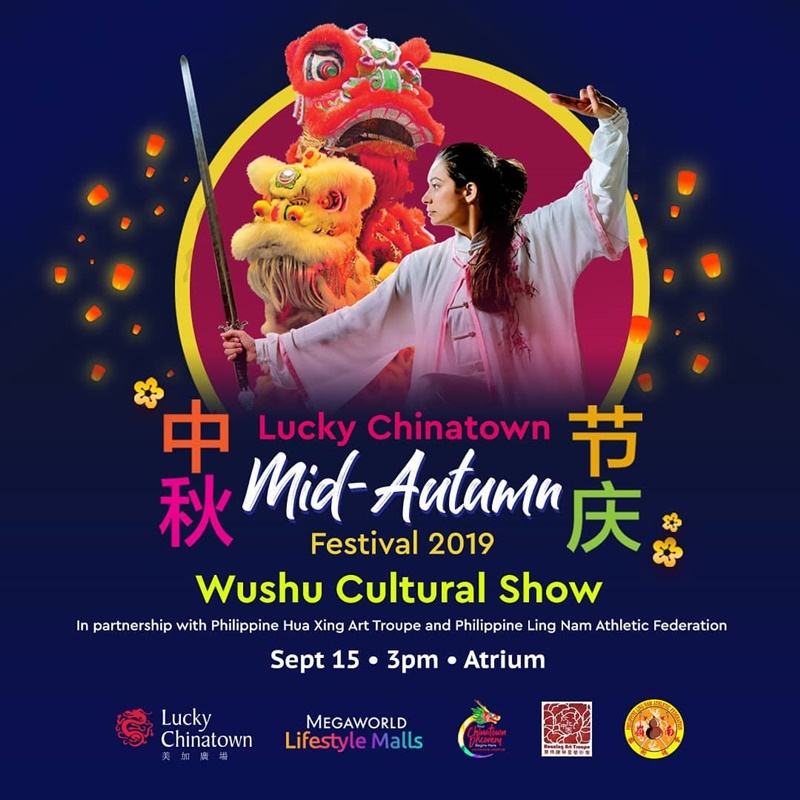 Normally, the festival falls exactly on the 15th of September considering that September is the 8th month in the Chinese lunar calendar and 15th being in the middle of said month—but for 2019, it falls on September 13.

Will you be celebrating the Mid-Autumn Festival in Lucky Chinatown? Share your plans with us in the comments below!