As part of his Asia tour, the tenor saxophonist will have his first concert in the Philippines on September 11, 2019 at the SM Skydome, SM North EDSA. 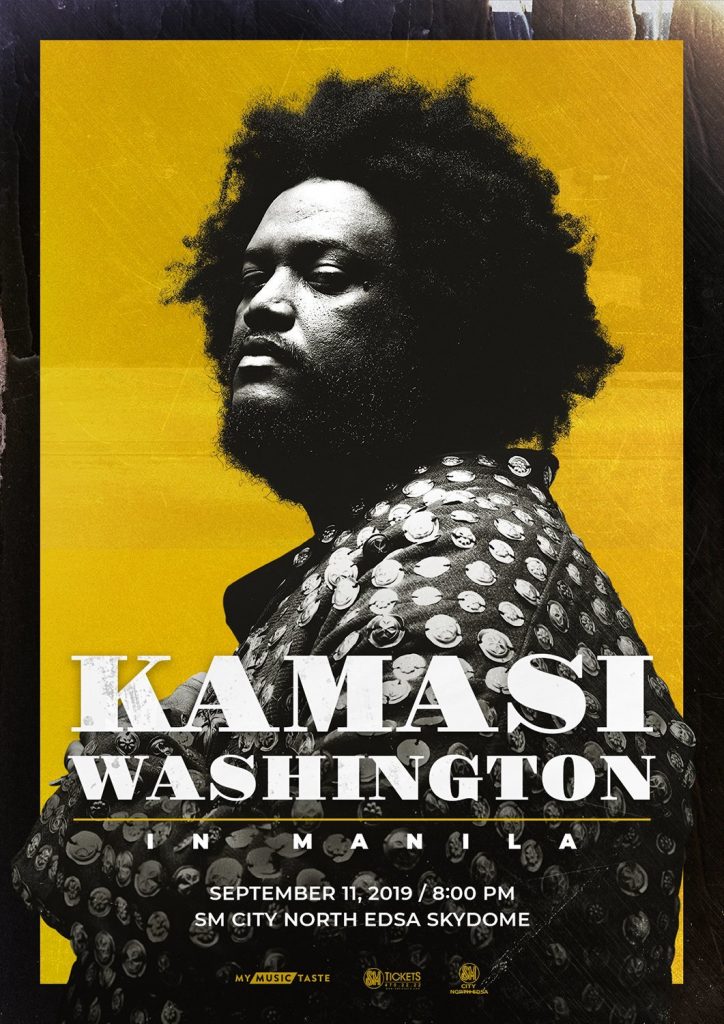 Kamasi is known for his unique approach to jazz, adding hip-hop, rap, and classical elements to his music. His live performances are also praised for the creativity as he likes to mix things up with explosive rhythms and intricate solos.

Working with Grammy award-winning rapper Kendrick Lamar on his album, To Pimp a Butterfly, helped Kamasi get his first recognition in the mainstream scene.

He has also collaborated with other musicians like Snoop Dogg, John Legend, and Herbie Hancock, and graced the stage of the world’s leading festivals like Coachella, Glastonbury, Fuji Rock, Bonnaroo, and Primavera.

Aside from his big-shot collaborations, Kamasi has produced four studio albums with critically-acclaimed The Epic and Heaven and Earth as the most recent ones. Listen to his single Street Fighter Mas to know what’s in store for you at the concert!

You can buy your tickets priced at Php 4,305 at SM Tickets outlets or online.