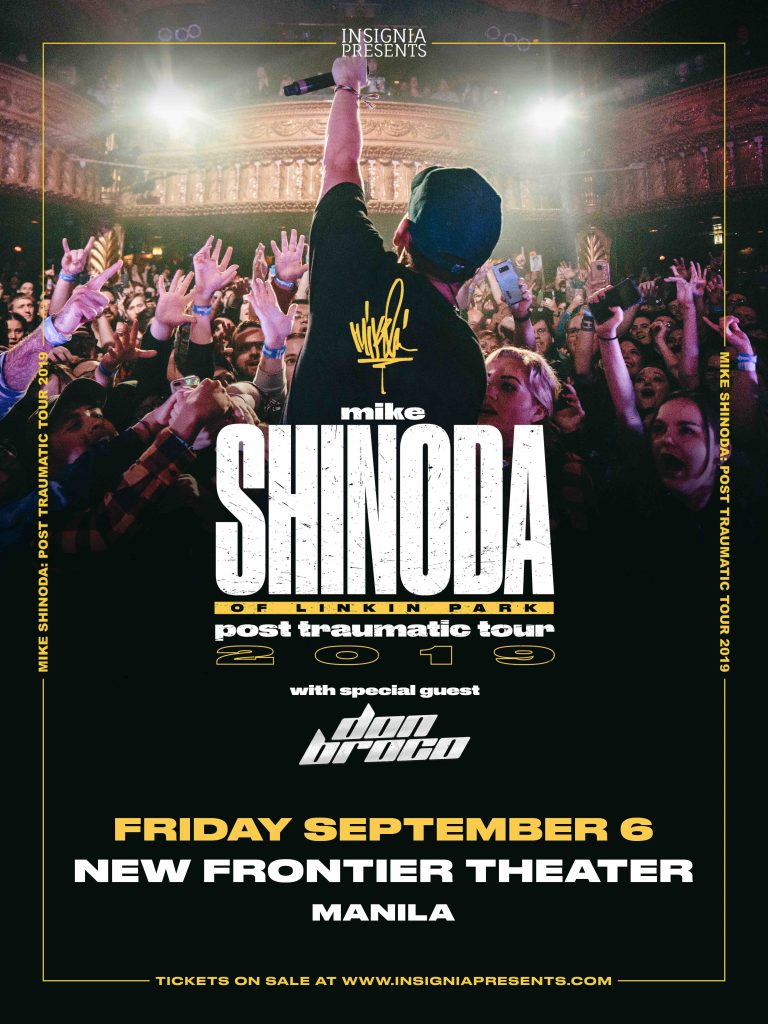 Mike Shinoda is known as the co-lead vocalist for the multi-platinum Grammy-Award winning rock band, Linkin Park, which sold over 55 million albums worldwide and commanded a great mass of followers.

Shinoda launched his first solo project in 2005, Fort Minor, releasing The Rising Tied to critical acclaim, with the single “Where’d You Go” which reached number 4 on the Billboard Hot 100 chart and accumulated nearly 10 million YouTube views to date.

Following the EP release, Shinoda continued to create music which led to the raw and inspiring solo album Post Traumatic, his transparent and intensely personal album which garnered a slew of positive reviews and profiles in Rolling Stone, Complex, Time , Pitchfork, Forbes, GQ, People, Newsweek, Entertainment Weekly, and more since its release on Warner Records.

This concert is something every music-lover shouldn’t miss out on as British rock band Don Broco will also be a part of the show!

“It has been a long time since I played Taipei, Manila and Jakarta! I’m thrilled to bring the Post Traumatic Tour to fans in these very special cities,” Mike said in a statement.

Tickets to Post Traumatic Tour Manila are now available at www.InsigniaPresents.com or at any Ticketnet outlet near you.