For the very first time, ASTRO’s Cha Eun Woo is coming to Manila for his fan meeting Just One 10 Minute on October 26 at the New Frontier Theater in Quezon City! 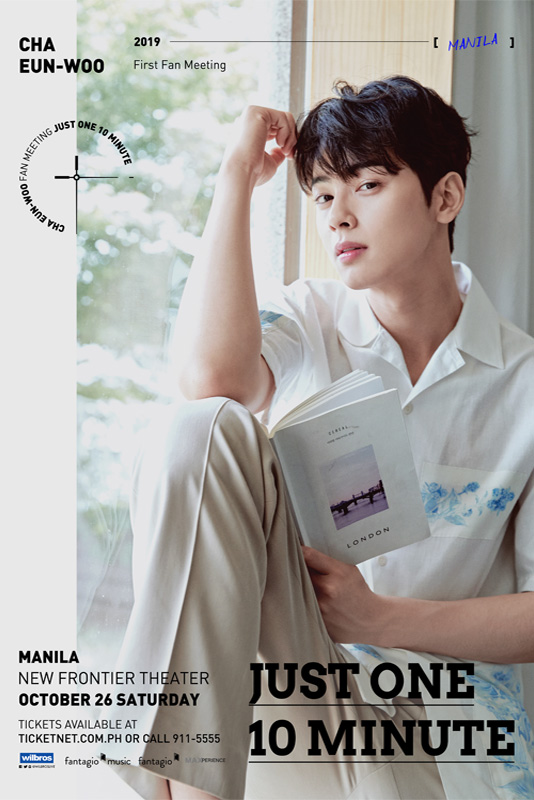 Cha Eun Woo started out as a member of ASTRO, a K-Pop group that debuted in 2016 with the song Hide & Seek. In the same year, the group was named as one of Billboard’s Best New K-Pop Groups.

ASTRO successfully finished their world tour last April which brought them to countries like Taiwan, Hong Kong, Thailand, and the United States.

K-drama fans, on the other hand, will know Cha Eun Woo for his first leading role in the 2018 rom-com My ID is Gangnam Beauty. Cha Eun Woo also currently stars in Rookie Historian Goo Hae-Ryung as Yi Rim/Maehwa.

It’s guaranteed that both k-drama and k-pop fans will enjoy this event! So, what are you waiting for? Catch Cha Eun Woo at Just One 10 Minute on October 26, 2019, at the New Frontier Theater in Quezon City.

This event is presented by Wilbros Live.