Attention metalheads—it’s time to ready the pit once again!

As part of the countdown for Pulp Summer Slam XX, Minnesota’s After the Burial will be performing in Manila on August 21, 2019 at the Skydome, SM City North EDSA. This show will kick off the Asian leg of their world tour. 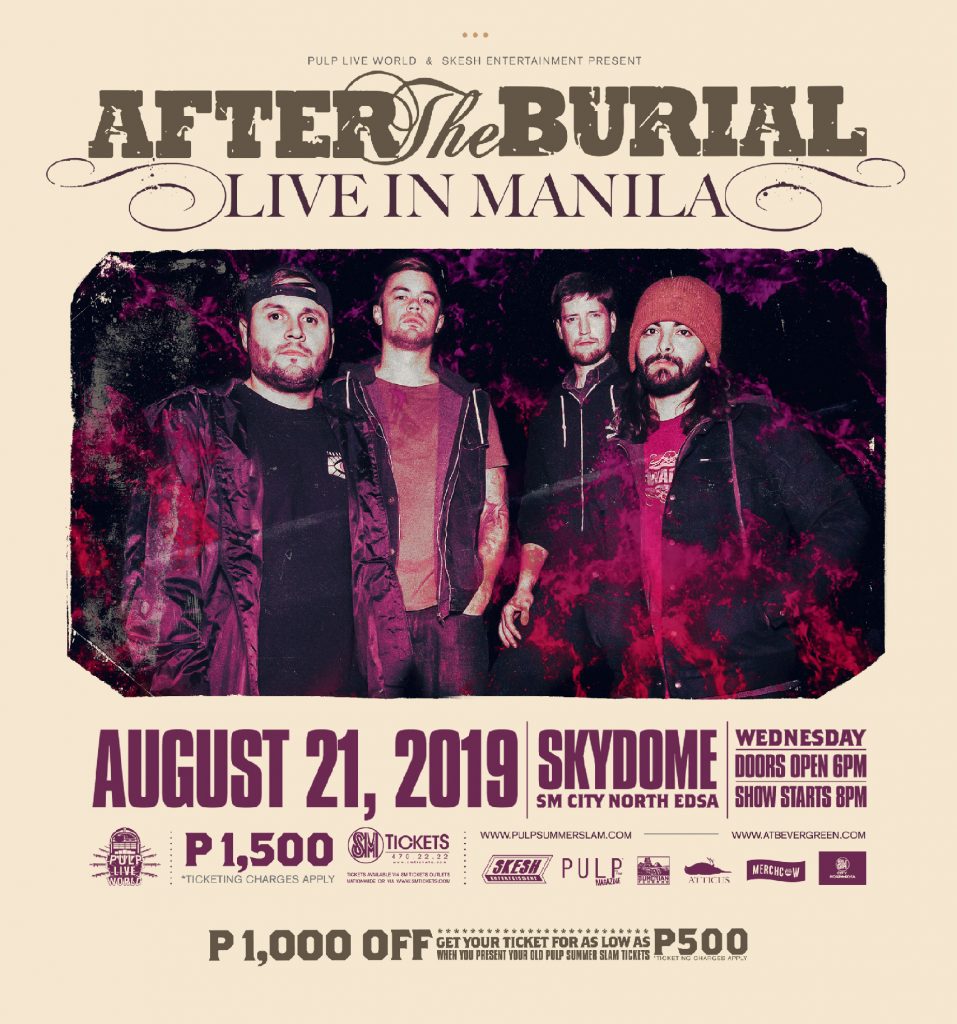 What’s your favorite track from Evergreen? Evergreen out now | Link in bio.

If you are a fan of metal and deathcore, then you might know who After the Burial is—probably a big fan of them.

However, for those who are new to the band (and genre) and are interested to give them a try, you can listen to their debut LP Rareform. From here you can identify the band’s signature sound that they have kept and innovated through the years.

Behold the Crown, the first single they released from the Evergreen album, is definitely one of the strongest songs on the record so watch out for that in the concert!

Tickets are sold at Php 1,500 via SM Tickets nationwide. If you still have your old Pulp Summer Slam tickets, you can get a whopping Php 1,000 discount.

Visit pulpsummerslam.com for the mechanics.

What: After the Burial Live in Manila
Where: Skydome, SM North Edsa, Quezon City
When: August 21, 2019
Ticket information: Php 1,500 at any SM Tickets nationwide and at smtickets.com.