From their humble beginnings in 2008, Cosplay Mania has branched out into becoming one of the most anticipated conventions in the pop-culture circuit. This year’s installment promises to be a whole new experience from last year’s convention—with the first wave of their guest announcements to surely entice fans!

They announced the first wave of their guests in the recently concluded Anime & Cosplay Expo 2019—an event that is also under the helm of Cosplay.ph, who is the organizer of Cosplay Mania and a few other conventions.

Said guests include Stage Actor Allen Kohatsu, who is known for his performances in Hyper Projection Engeki Haikyuu! and Stage Diabolik Lovers, as well as international cosplayers Rea Kami, BoiledCurry, and VENaS Japan. 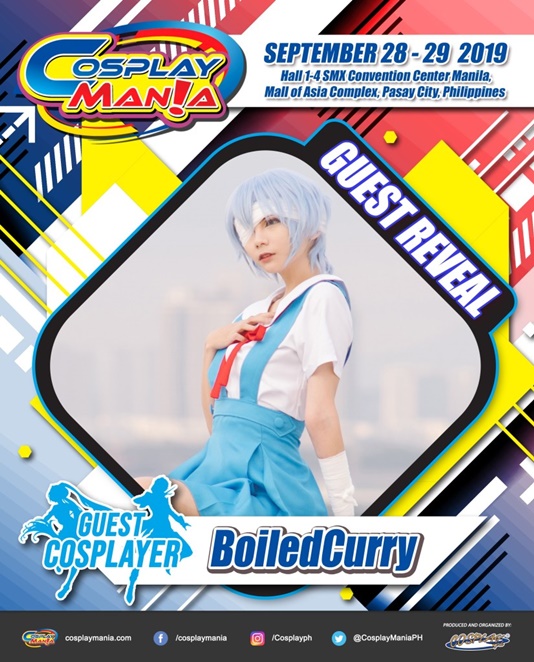 Cosplay Mania also brings J-pop and Anisong artists to the convention with the JAM Concert. As of writing, the duo MYTH & ROID are the first artists to be announced who are included in the concert. 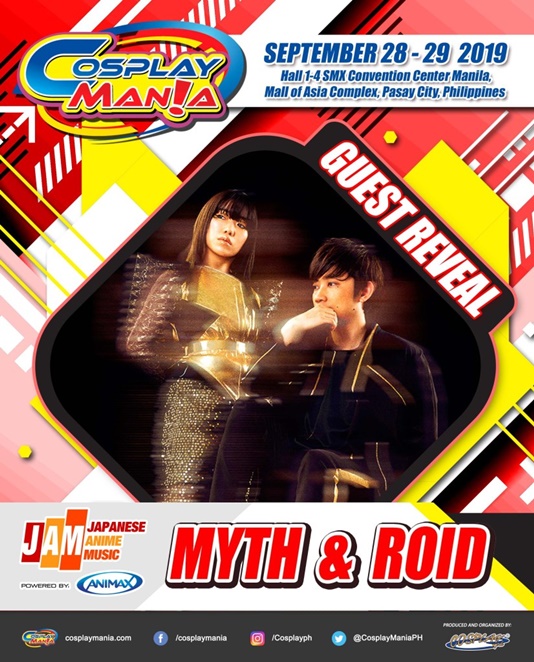 Tickets are already available at SMTickets and SMTicket Outlets. However, ticket prices for the VIP tier are yet to be revealed. 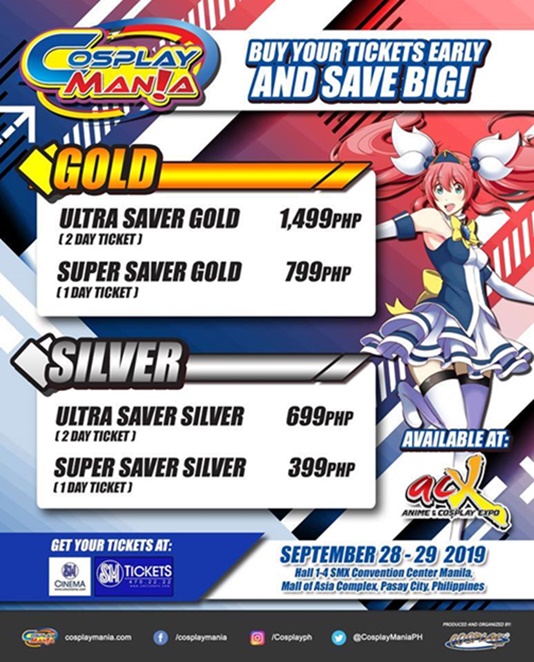 Don’t forget to get your tickets early to score the lowest rates.

What are you waiting for? An exciting event awaits you at Cosplay Mania 2019!