Korean Pop Duo TVXQ! Is Coming To Manila This July

Update: As per the announcement made by Pulp Live World on their Facebook page last June 22, the TVXQ! in Manila on July 13 has been postponed. For ticket refunds, you may contact SM Tickets at (02) 470-2222 or check Pulp Live World’s Facebook post instructions for further details.

Calling all Kpop fans–your favorite duo TVXQ! is coming to Manila on Wednesday, July 13, 2019, at SM Mall of Asia Arena in Pasay. 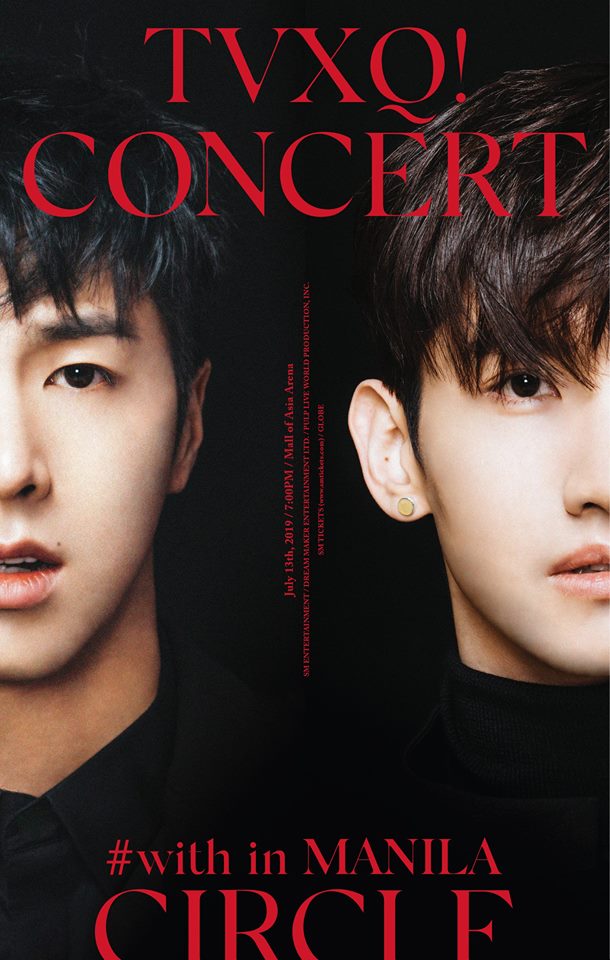 Promoter Pulp Live World announced on their Facebook page that the South Korean sensation is finally making its way to Manila and they are pleased to bring the highly-requested show that is sure “to make every PH Cassiopeia’s dream come true.”

TVXQ!, consists of U-KNOW Yunho and MAX Changmin.  They released their first single Hug in 2013 and has since gained mainstream recognition. Their albums “O”-Jun.Ban.Hap (2006) and Mirotic (2008) received global attention,  gaining the Albums of the Year title from Golden Disk Awards.

For three consecutive years, from 2012 to 2014, the group was recognized as the Artist of the Year and hailed as the KPop act with the most top spot awards on music charts.

Moreover, TVXQ! made it to 2016 Guinness Book of World Records for having the largest official fan club membership in the world, with more than 800,000 Cassiopeia (fan club name) members.

Being highly-experienced, working in the industry for 15 years now, the duo still thrives to achieve more than what they already have. Recently, they have become no.1 on the chart by any foreign artists in Oricon history.

They also topped Japanese magazine Nikkei Entertainment’s annual list of “Concert Crowd-Pullers” for having the highest-attended concert in Japan in 2018. Their Begin Again tour made them become the first ever foreign act to bring one million people to a single tour in Japan, surpassing their 2013 Time tour record of having a total of 840,000 attendees.

This year, don’t miss the chance to see the Emperors of KPop, TVXQ!, live in Manila for the first time ever.

Also read: The Maine Is Back in Manila This September 14