Sheena Easton Live at The Theatre at Solaire

Sheena Easton, the legendary Billboard chart-topper in the 80s, is coming to the Philippines for a one night concert at The Theatre at Solaire this July 26, 2019.

Random Minds production is bringing the master performer, Sheena Easton for an intimate one night concert at The Theatre at Solaire. Show starts at 8 p.m. with tickets already available on Ticketworld online and outlets nationwide. 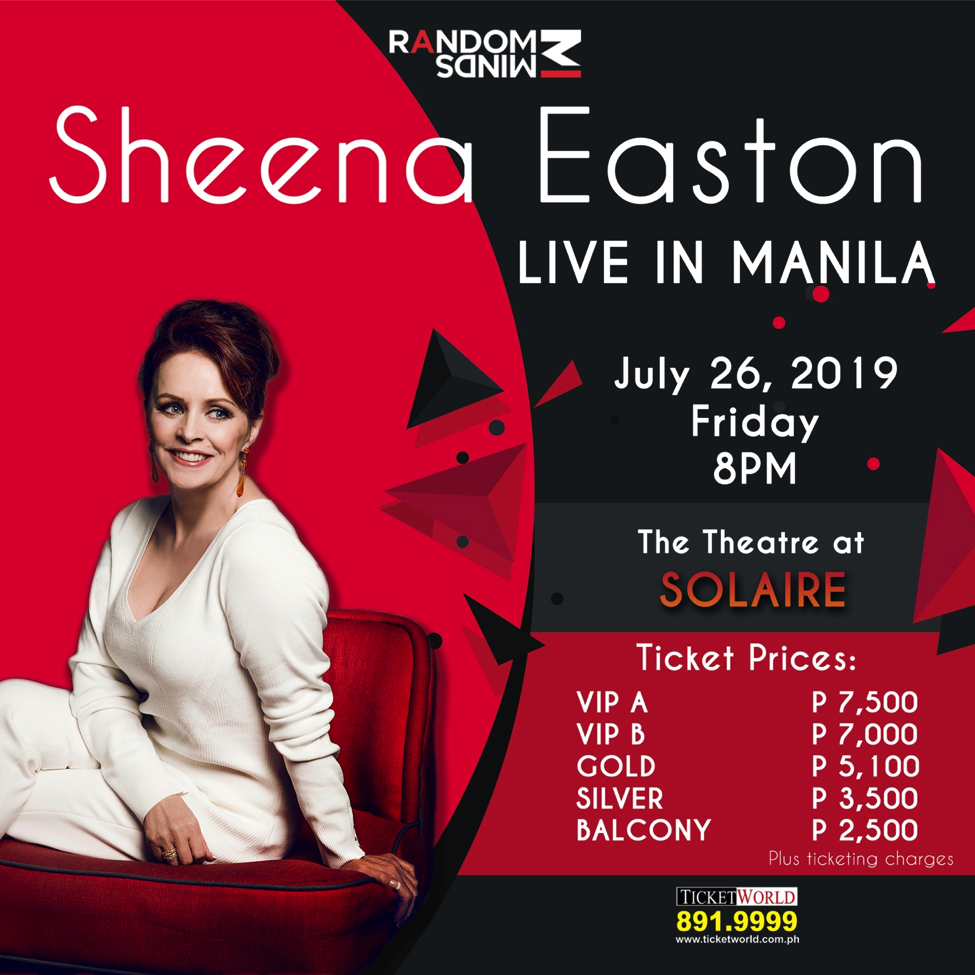 The versatile singer-songwriter is the first (and only) artist in history to have a Top 5 hit on each of Billboard’s primary singles charts: pop, adult contemporary, country, R&B, and dance! With a career spanning four decades, Easton has sold over 20 million records worldwide.

Her early works included “Modern Girl” and “Morning Train (Nine to Five)” which both made the UK Top Ten. Other hits include the James Bond theme “For Your Eyes Only,” “Telefone (Long Distance Love Affair),” and “Almost Over You”.

Grab this chance to watch and listen to the Greatest Hits of Sheena Easton Live in Manila n Friday, July 26th, 2019, 8 p.m. at The Theatre at Solaire. You may purchase tickets through Ticketworld online or through their outlets nationwide. Contact them for more information through www.ticketworld.com.ph, and/or through their hotline 891-9999.